Weird and Interesting Photos From 2013 You May Have Missed

posted on Oct, 18 2014 @ 07:07 PM
link
Came across an article with some cool photos, I do not take any credit for these photos, There are alot more on the source site.

I decided to cherry pick some and share them with you, the rest can be found here:Link 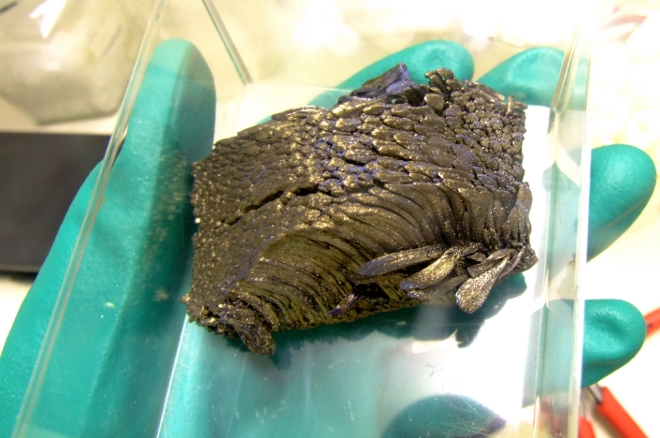 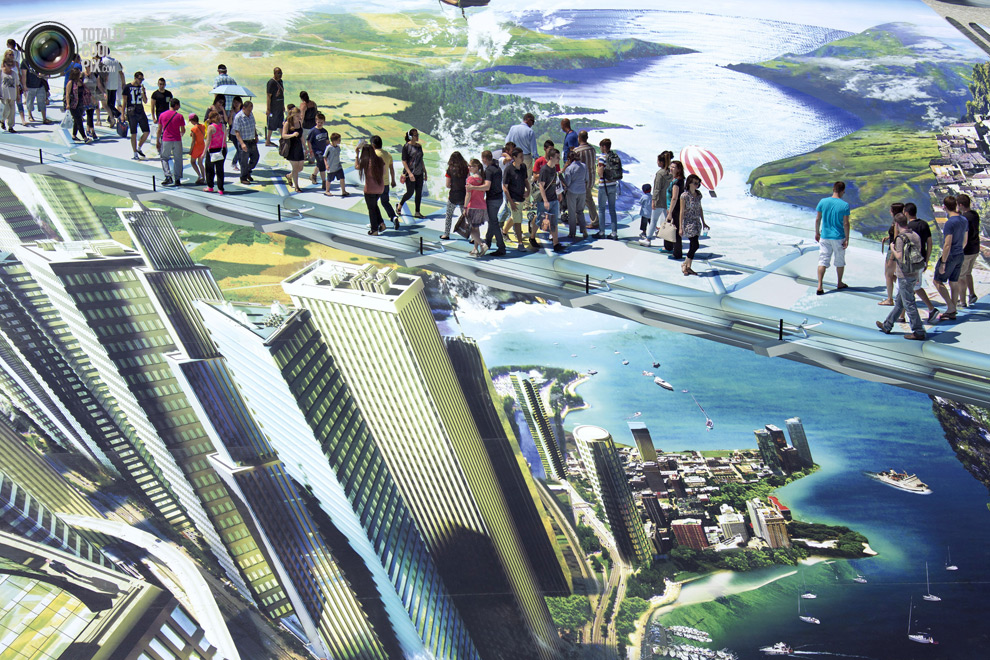 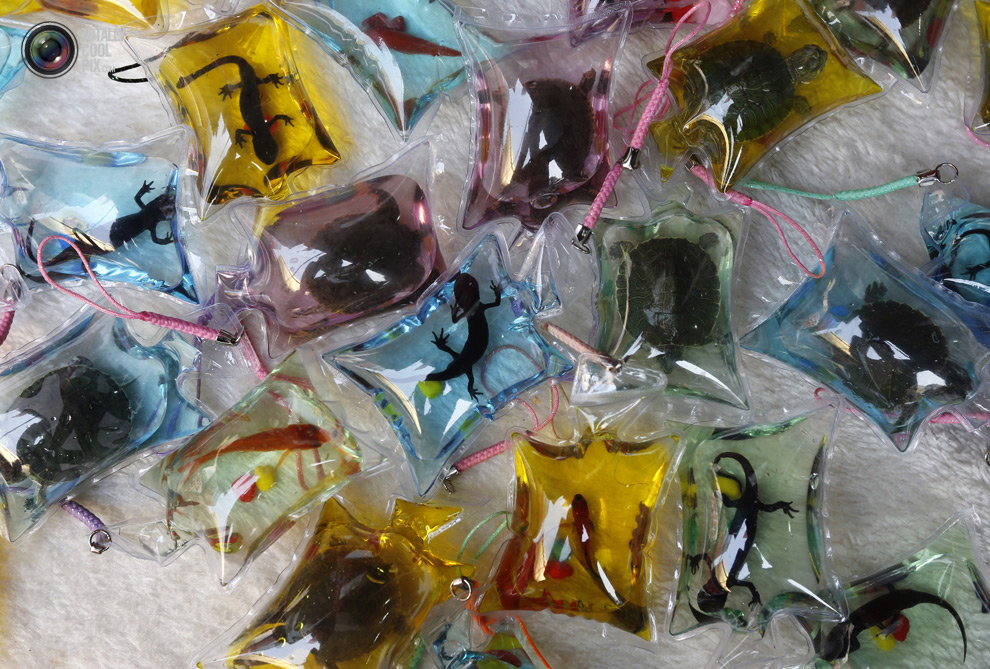 Journalists attend a presentation of a flying bicycle, carrying a dummy, at Letnany's fair hall in Prague. Petr Josek Snr/REUTERS 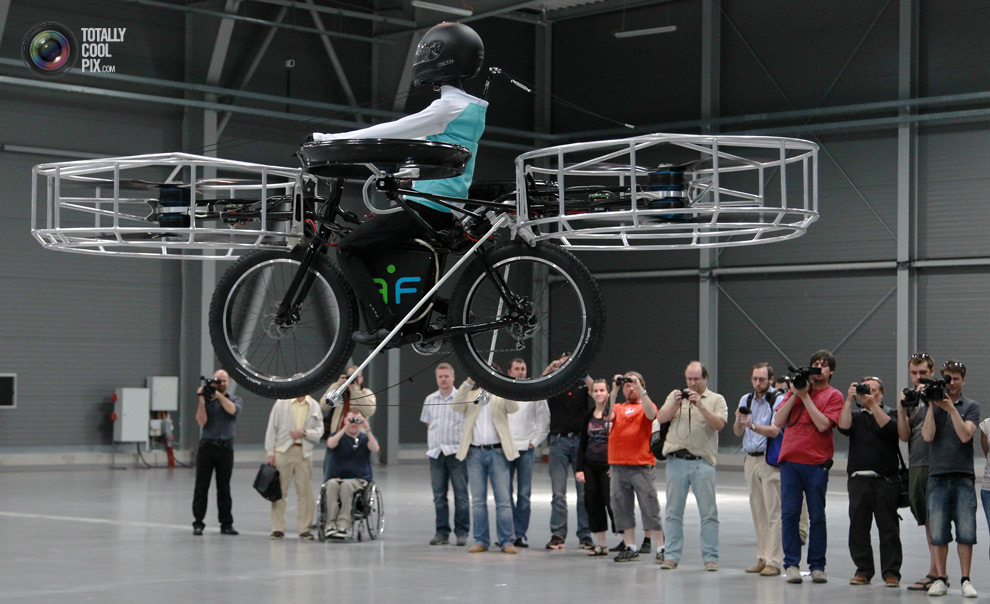 Genetically engineered Pterophyllum Scalara fish glow in a tank under a blacklight while being displayed at the 2013 Bio Expo in Taipei. Pichi Chuang/REUTERS 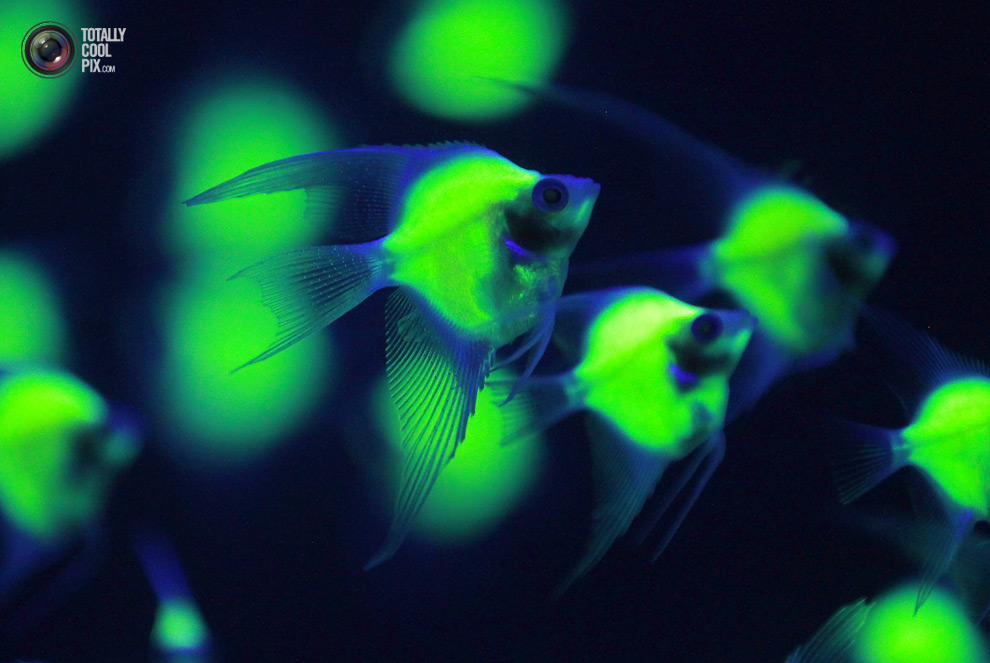 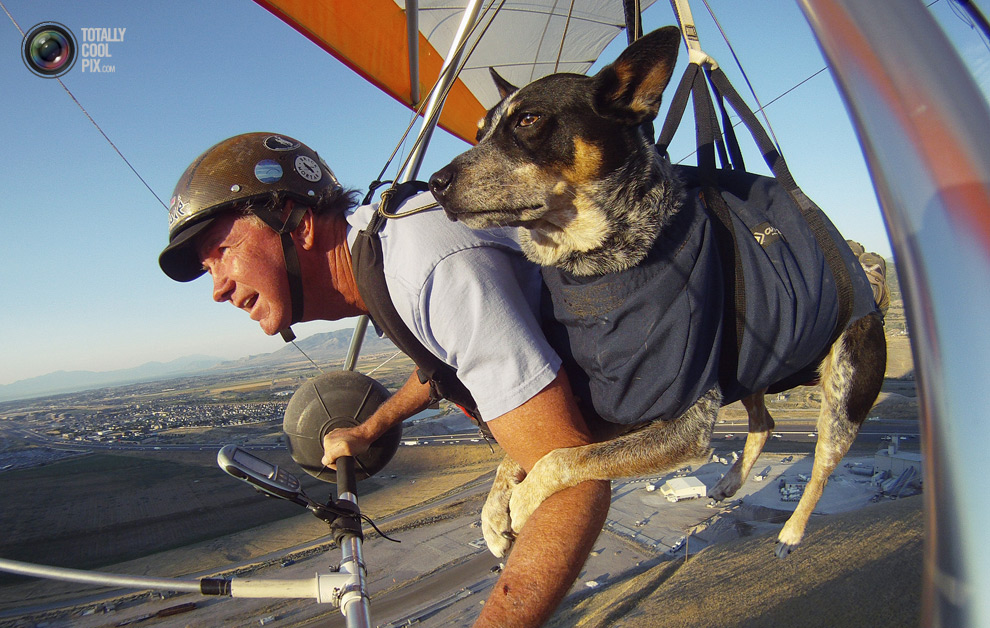 Professor Xie works on an art installation of a beaver, which is made out of plastic and around 300,000 needles, in Shenyang. Sheng Li/REUTERS 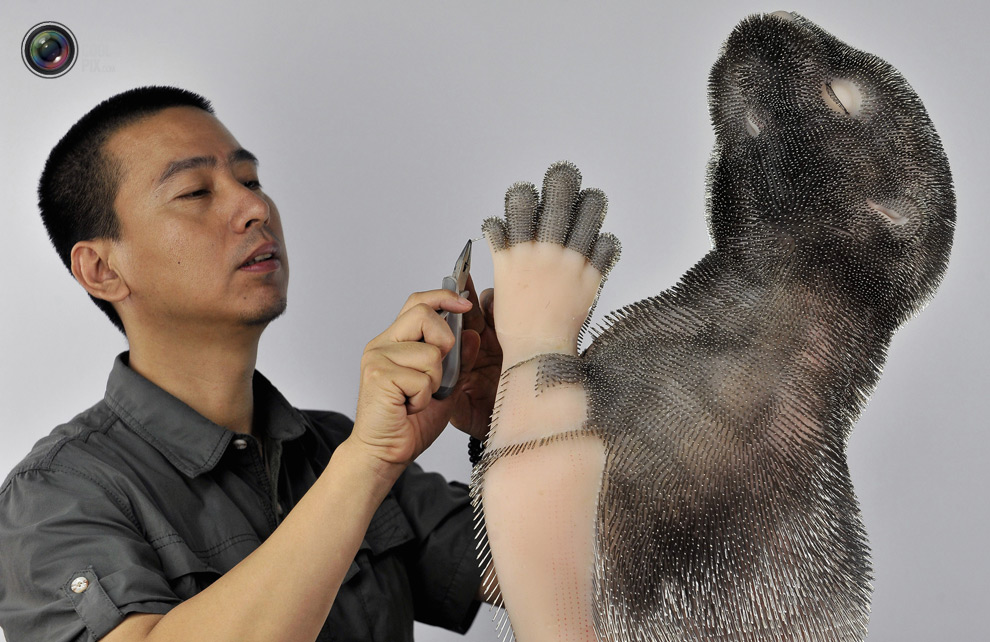 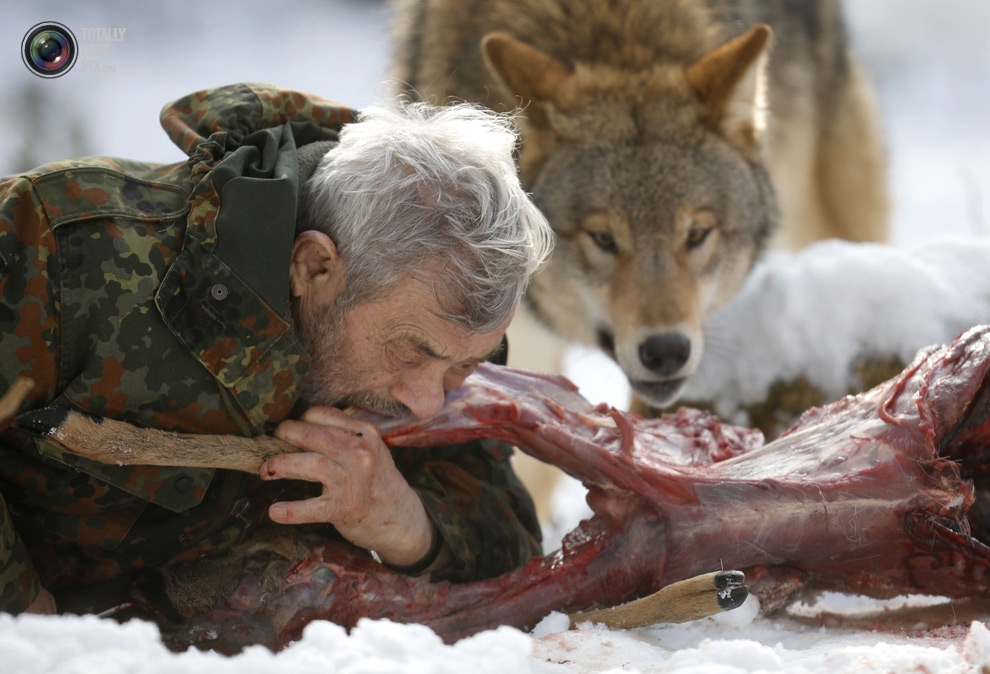 Workers demolish a privately-built villa, surrounded by imitation rocks, on the rooftop of a 26-storey residential building in Beijing. China Stringer Network/REUTERS 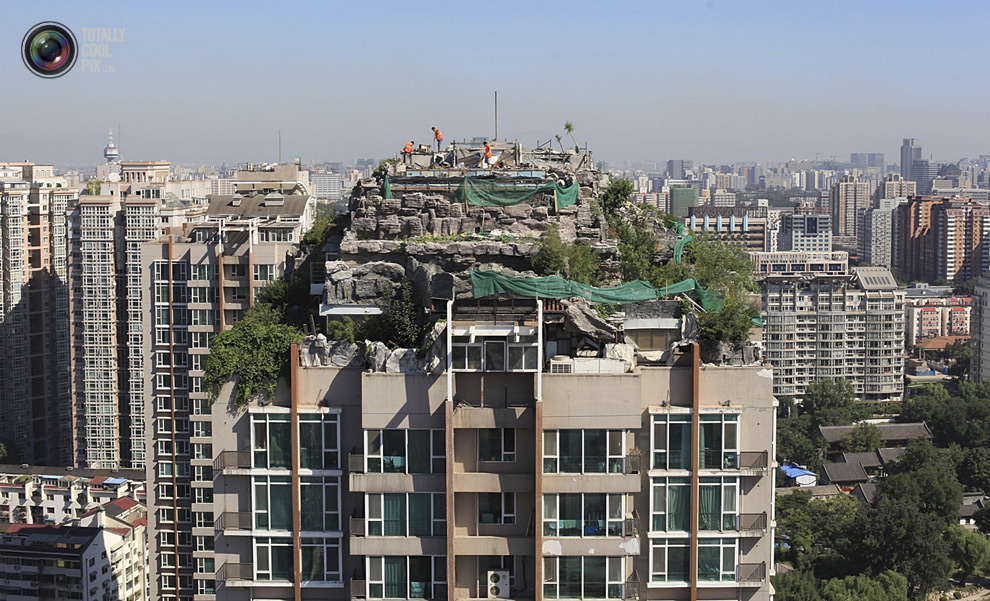 A new nose, grown by surgeons on Xiaolian's forehead, is pictured before being transplanted to replace the original nose, which is infected and deformed, at a hospital in Fuzhou. China Stringer Network/REUTERS 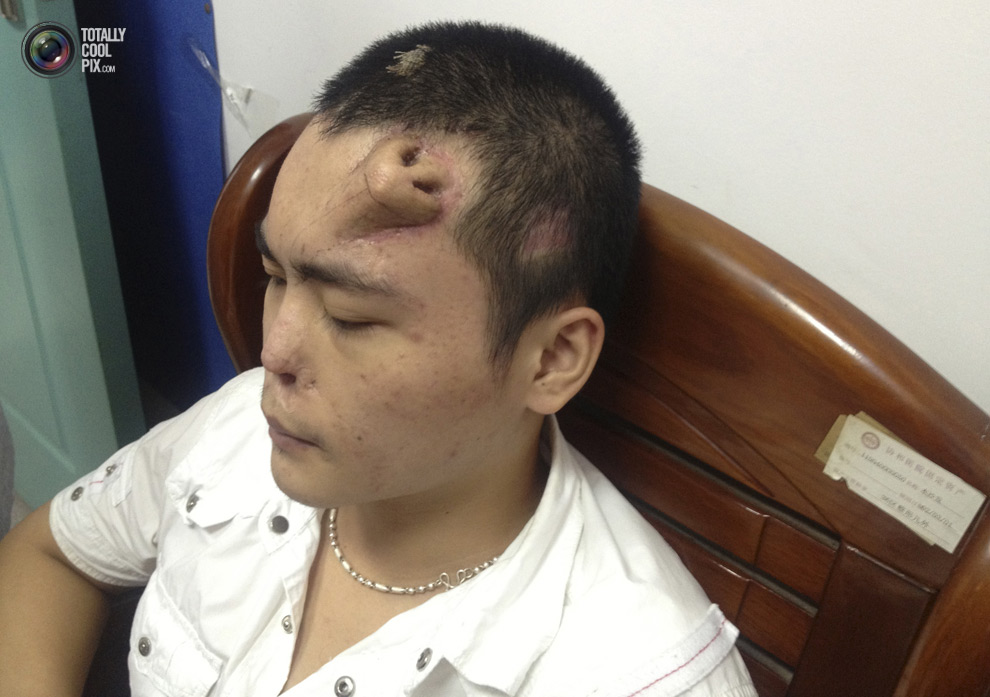 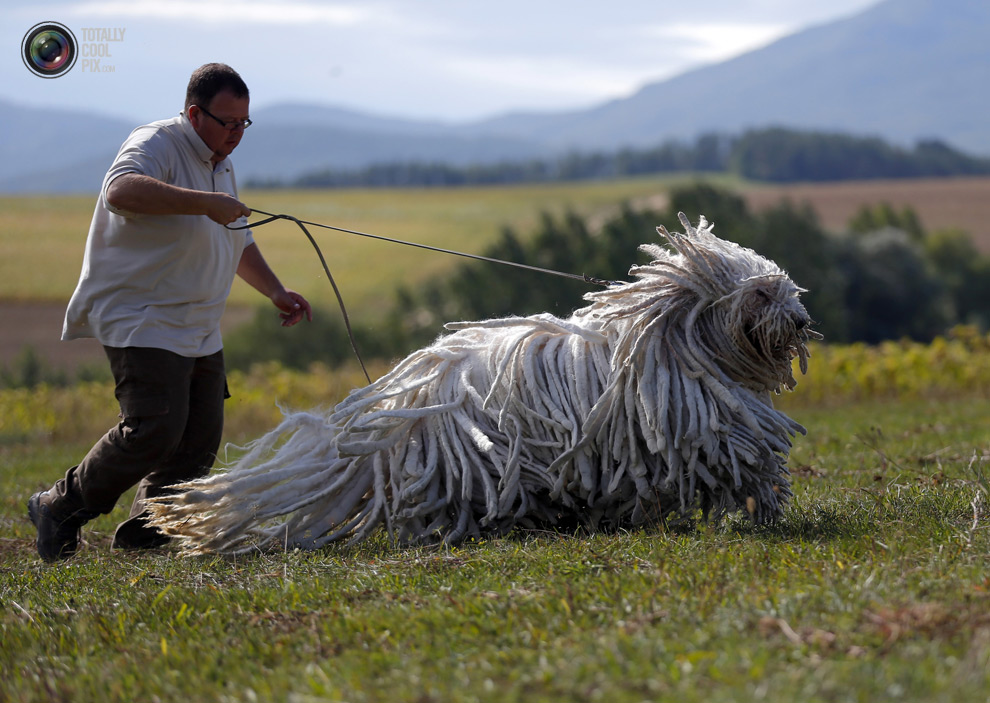 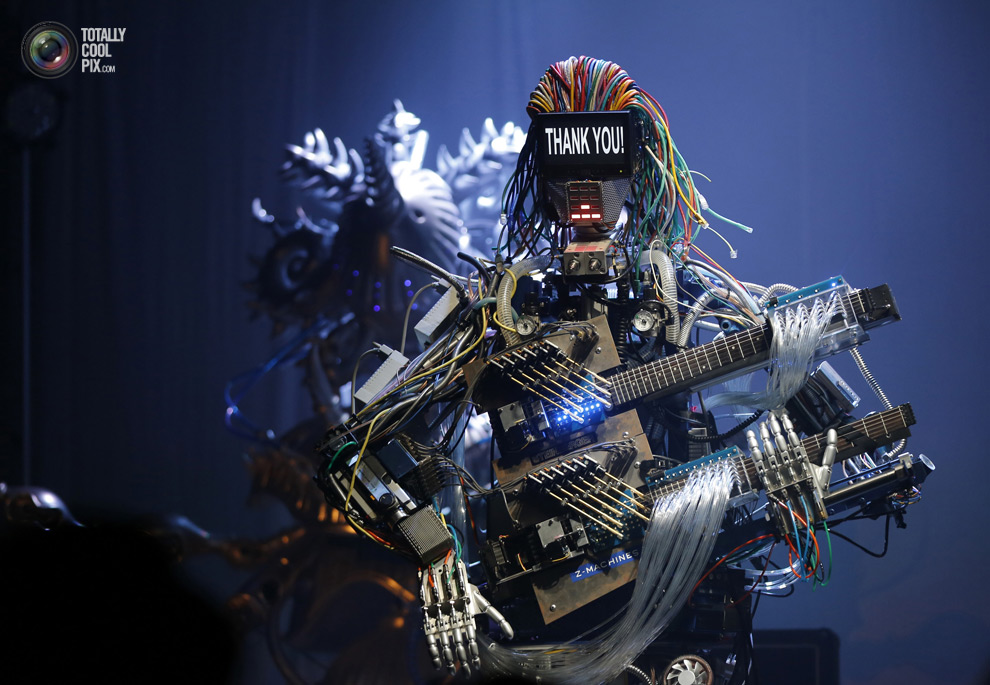 A swimmer passes a floating sculpture as he trains on the Serpentine Lake at Hyde Park in London. Toby Melville/REUTERS 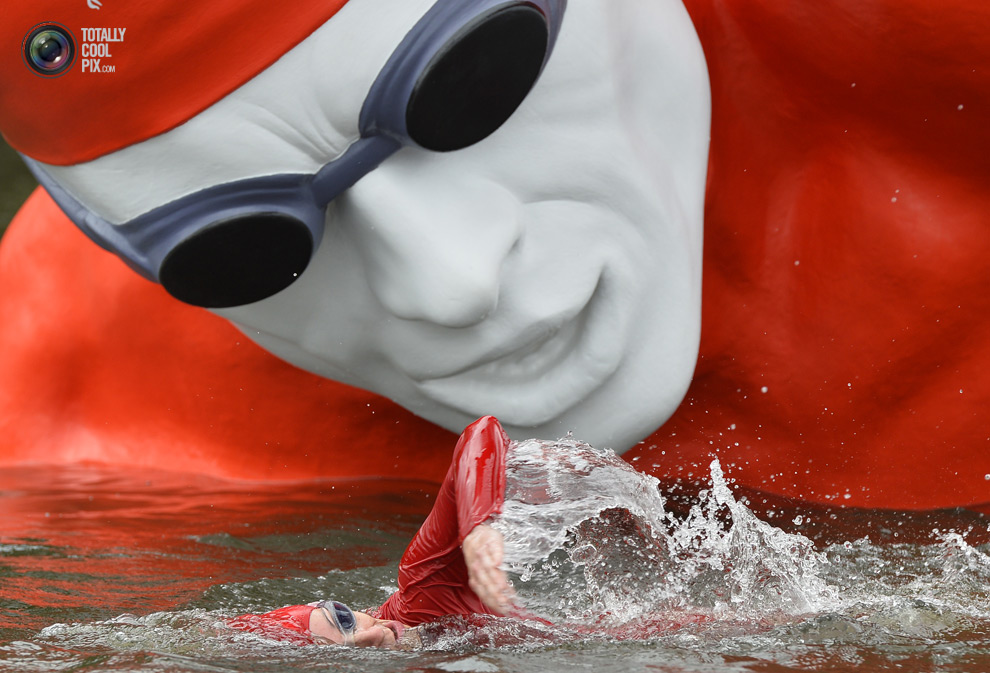 A frog is captured during a lift off of NASA's Lunar Atmosphere and Dust Environment Explorer from NASA's Wallops Flight Facility in Virginia. NASA NASA/REUTERS 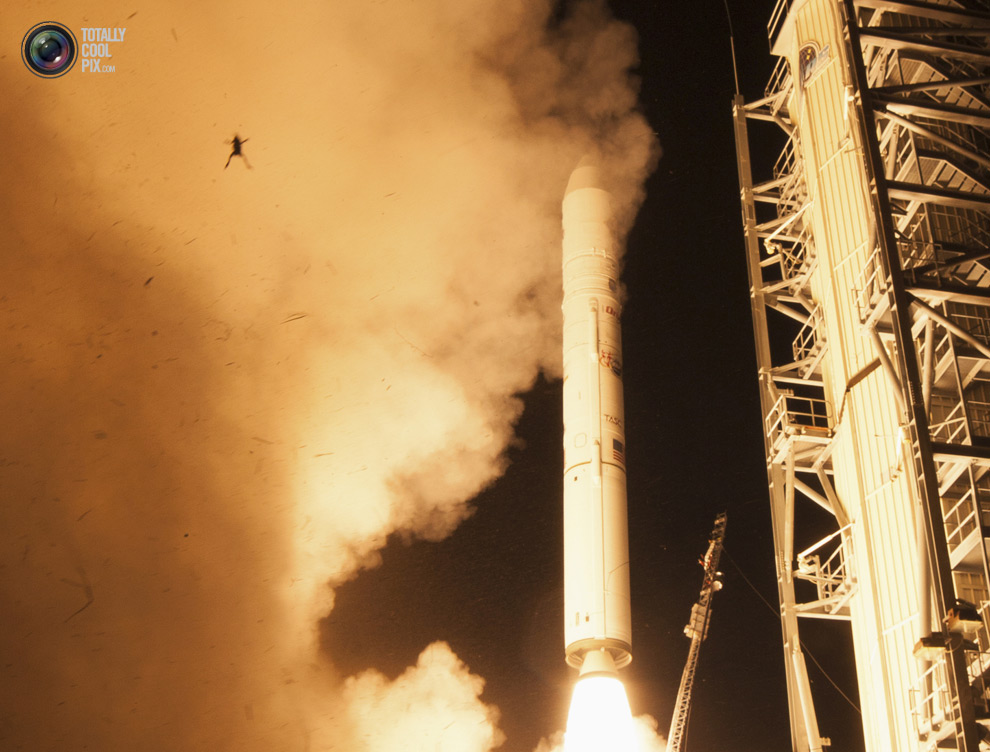 People react as racing crabs are released for a race at a pub called the 'Friend in Hand' in central Sydney. Daniel Munoz/REUTERS 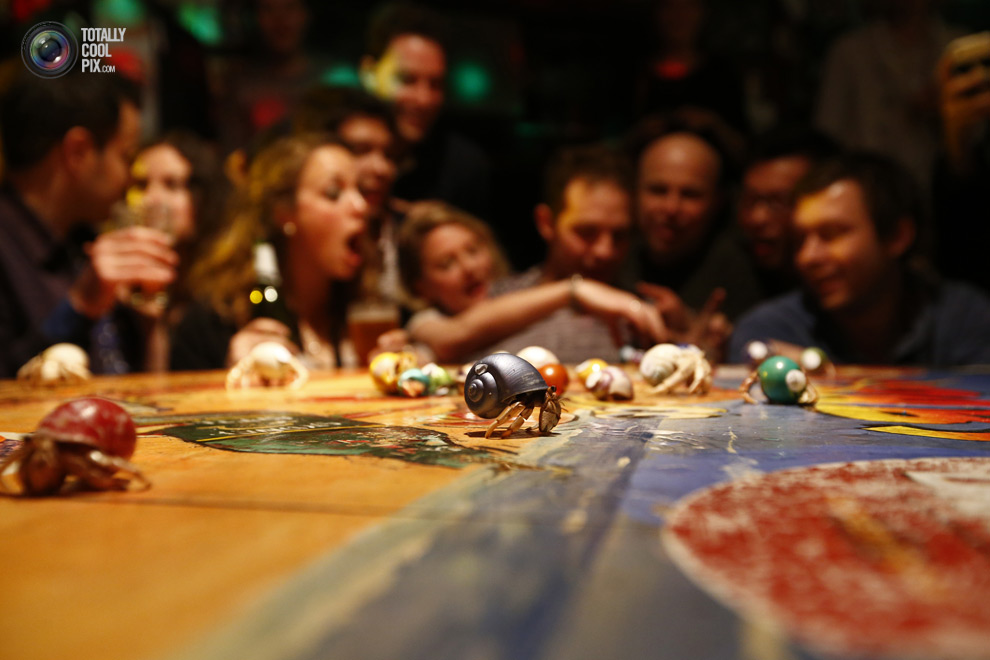 Viewing tower in the shape of a giant copper puffer fish is seen under construction on the banks of a river in Yangzhong county. China Stringer Network/REUTERS 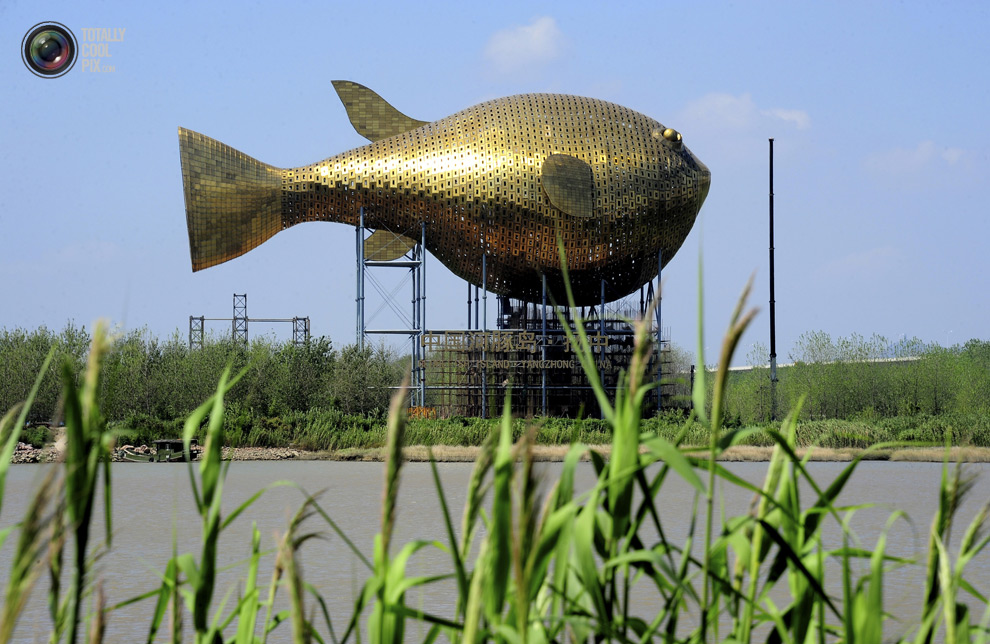 originally posted by: ATF1886
Dog looks like hees out of a Harry Potter movie, glowing fish Awesome, the mural is awesome i think id fall over lmao!! Great pics S&F

That mural makes me dizzy! Totally feels like im about to fall over..

posted on Oct, 18 2014 @ 09:45 PM
link
For anyone interested in more info on the key rings holding fish, turtles and salamanders, like I was, here you go: Snopes

Other than that I thought the pictures were pretty cool!
edit on 18-10-2014 by WakeUpBeer because: (no reason given)

originally posted by: WakeUpBeer
For anyone interested in more info on the key rings holding fish, turtles and salamanders, like I was, here you go: Snopes

Other than that I thought the pictures were pretty cool!