25 Characteristics You May Find In Those Who Are Awakening

How do you know if you are one of those?

Here are 25 common characteristics you may find in those who are awakening. (Please read the source article to see all 25.)

Have you acquired any of these behavioral changes in the recent past?
themindunleashed.org... 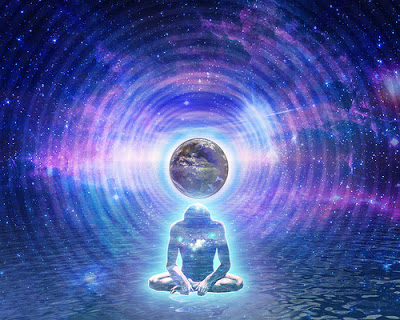 3. We know things without having to intellectually figure them out. Often called intuitive awareness, we have ‘a-ha’ moments and insights that can explain some of the most complex theories or phenomenon in the world. Some of the most brilliant minds of our time just ‘know.’ Adepts and sages often were given downloads of information from higher states of consciousness after meditating or being in the presence of a more conscious individual; this is happening for more people with more frequency. As we trust our intuition more often, it grows stronger. This is a time of ‘thinking’ with our hearts more than our heads. Our guts will no longer be ignored. Our dreams are becoming precognitive and eventually our conscious thoughts will be as well.

7. Lying to us is nearly impossible. We may not know exactly what truth you are withholding, but we can also tell that something isn’t right. We also know when you have other emotions, pain, love, etc. that you aren’t expressing. You’re an open book to us. We aren’t trained in counter-intelligence, we are just observant and knowing. While we may pick up on physical cues, we can look into your eyes and know what you are feeling.

9. We tend to root for the underdog, those without voices, those who have been beaten down by the matrix, etc. We are very compassionate people, and these marginalized individuals often need more love. People can sense our loving hearts, so complete strangers will often tell us their life stories or approach us with their problems. While we don’t want to be a dumping ground for everyone’s issues, we are also a good ear for those working through their stuff.

25. We will often be kind, but if you are egotistical or rude, we won’t spend much time with you, or find an excuse to not hang out with people who are obsessed with themselves. We don’t ‘get’ people who are insensitive to other people’s feelings or points of view.

posted on Oct, 14 2014 @ 04:53 PM
link
I see these traits in many people, in an increasing amount as time goes by. Something is happening to mankind there's an awakening going on, we have to wade through the falsities to find truth. S + F

That's good stuff, it seems to be true. I don't agree with post #12 though, there seems to be a shift with all kinds of people, not just alternative healing types.

I do not wish to come off as offensive to your hopes and dreams, but rather concerned, because this is complete misinformation.

Could you explain your statement?
How is this misinformation?

This one for instance:

We know things without having to intellectually figure them out. Often called intuitive awareness, we have ‘a-ha’ moments and insights that can explain some of the most complex theories or phenomenon in the world.

This one for instance:

We are obsessed with bringing the truth to light.

We don’t live in fear of anything. Any and all changes coming, no matter how much they are perceived as negative or dramatic on our Earth, are being designed by us. We have past the point of no return and the Earth is ascending to a higher state of consciousness. Nothing will stop it now.

originally posted by: oldworldbeliever
Hmmmm, it kind of nails me on the head.
That awakening happened several years ago and on my search, I found this place.

Welcome to ATS, Oldworldbeliever. I see this is your first post.

It is good to have all the "awakened" people we can get on ATS.

Apparently, they ring "untrue" for you because you haven't awakened yet.

I find most all of it rings true for me.

originally posted by: tridentblue
a reply to: sled735

That's good stuff, it seems to be true. I don't agree with post #12 though, there seems to be a shift with all kinds of people, not just alternative healing types.

12. We are all becoming healers. We naturally gravitate toward healing fields, acupuncture, reiki, Qi-Gong, yoga, massage, midwifery, etc. are fields we often find ourselves in. We know that the collective needs to be healed, and so we try our best to offer healing in whatever form we are most drawn to. We also turn away from the ‘traditional’ forms of healing ourselves. Preferring natural foods, herbs, and holistic medicine as ways to cure every ailment.

I think most people are realizing that natural foods are better than grocery store items that contain all those things that cause disease. And a lot of people are using more herbs and natural remedies to heal their bodies vs. the pharmaceutical medicines that have side affects.
I have to agree with this post.

originally posted by: Aleister
a reply to: Aphorism


Yes. But does that mean you know all parts and can see the whole picture. If so give me exact blueprints on how to create a fusion reactor that gives clean energy for all.

Sometimes the intuitive is subjective and ego clouded and more fantasy than objective usable for all information. If the limitations do not exist for you or anyone else on this thread then please tell us so we can awaken further.
edit on 14-10-2014 by LittleByLittle because: (no reason given)

Thank you!
I was a little apprehensive about posting, but finding it easier. My friends and the general population just don't seem to get it and I felt like an outsider. Know what I mean ?
But I have been finding those that are on the same level.
And that awakening? Yeah, it's been a long time coming and such a breathe of fresh air.

My theory so far if you are really interested.

Quantum theory is a probability field that exists around us giving rise to both the double slit probability wave and the entanglement that have been observed in experiment. Sometimes the probability field creates a synchronicity that is 2 different actions in space time become dependent on each other (like entanglement) so what is the cause and effect become hard to decipher since the both need to be to both be.

Some people push energy into other people to try to change the field so that the placebo effect get higher while the body relaxes from the energy input. The question is not if this is a rel thing but how effective the procedure is compared to other procedures.
edit on 14-10-2014 by LittleByLittle because: (no reason given)

When it comes to healthy food I do not really care that much to be truth full. I think Reiki or other similar tools should be used as complement to normal medicine for best result and that more research is needed on Reiki to quantify it a bit more so that we can find the best modifications to the tool that might be most effective.

I like both intuition and logic tempered by each other in symbiosis.

Don't we all feel a little disconnected.

Talking chi flow with people who never experienced it can be hard.


originally posted by: Aleister
a reply to: Aphorism


But does that mean you know all parts and can see the whole picture. If so give me exact blueprints on how to create a fusion reactor that gives clean energy for all.

Ask, and ye shall receive...
www.disclose.tv...

Thanks for refreshing me.

I love hearing what you said.

When I see the solution work then I will be convinced they are talking about something that works. Until then I will just bliss away and hope someone can manifest a solution.