4 people on the plane below, two of which CBS uses as sources. I saw CNN and a handful of other agencies get at them for permission to use their pictures as well as contacting them.

Read on twitter from the same onboard passengers that medics came aboard at approximately 3:55 PM and then proceeded to take the ill woman off.

At 3:59 pm same person quoted the pilot announcing "There was no health scare." and then tweeted a minute later they had begun releasing passengers off plane and that they were holding the afflicted woman for a "psych" evaluation.

This whole thing smells god awful, like everything the CDC and public health officials have been saying. I think there is too much traveling industry in Los Angeles for the media to be honest about our affairs as to the Ebola epidemic, they are constantly hiding and changing the amount of people that have been tested and quarantined in California. They offhand it in news articles or in the middle of the local affiliates talking about Dallas. It's impossible to get a straight answer. I have read 8 people total, I have read 20 people total and today I heard on CBS 2 currently quarantined WITH A PICTURE OF GOOD SAMARITAN HOSPITAL ATTACHED.

Yesterday I was driving by Good Samaritan hospital in DTLA and they shut down the entire block while I was passing. Had to turn, realized where I was (stuck on the small two lane road going into the hospital dead in front of me) and had a little panic attack, may have busted an illegal u-turn or two. Was instantly reminded of watching the ambulance escorting patients driving by unsuspecting civilians on the freeway. Not a word in the news as to why the entire block was shut down, there are plenty of messed up daily occurrences in the city but they don't just shut down a huge/busy part in front of the hospital.

It all sucks.
We can't believe what the govt says.
We can't trust the media either. 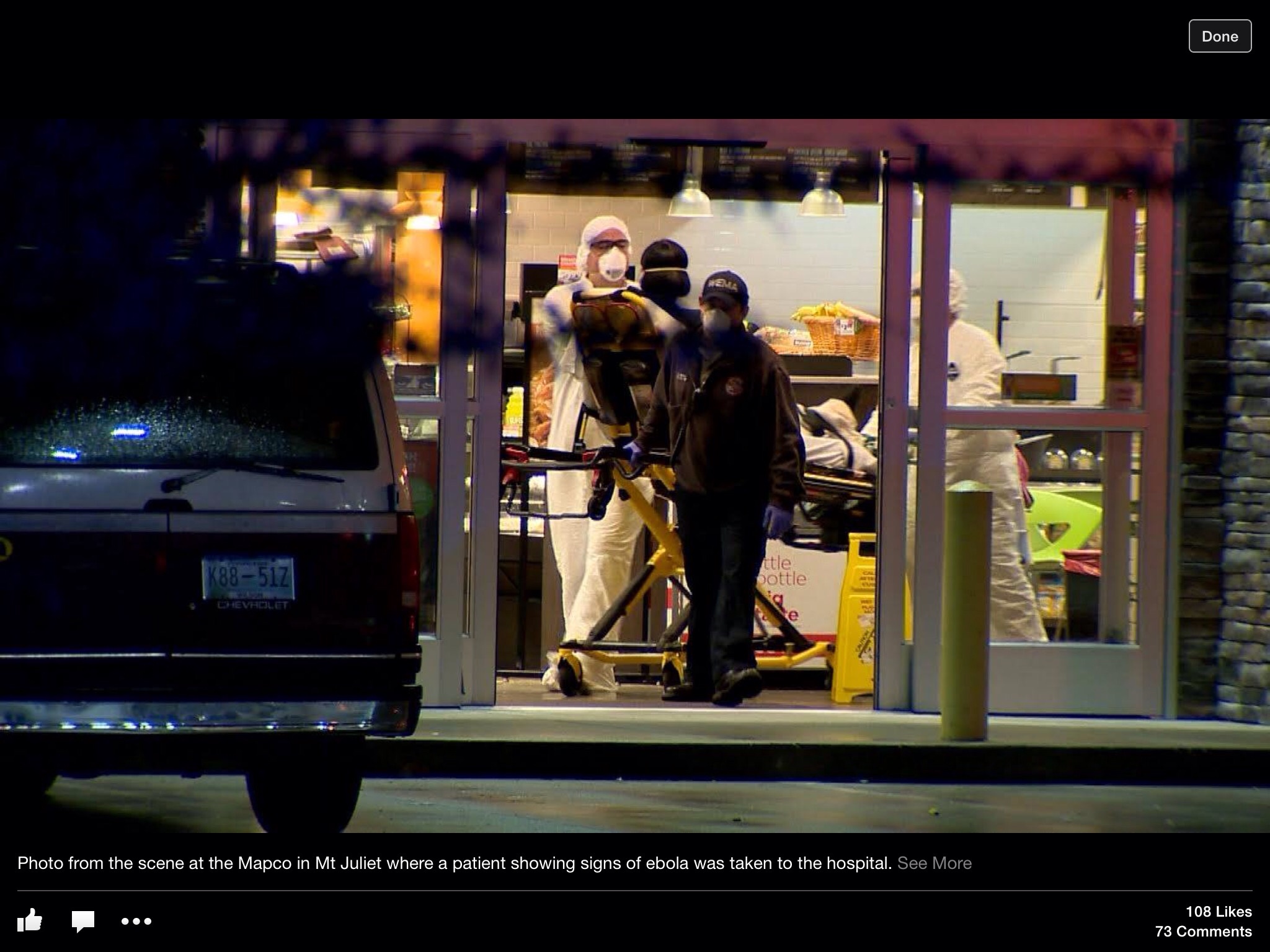 The lady sounds similar to this passenger. She claimed (in the gas station) that she was sick and had Ebola. She said she had been in contact with someone from Africa. (She was immediately cleared, and the station back open within the hour.) Is this the new attention seeking thrill for the mentally unstable?
edit on 12-10-2014 by Doodle19815 because: Link

hmm thats really interesting. I wondered how long it would take before the hospitals will start being over run by hypochondriacs... but at the same time better safe than sorry i guess. My concern is that people are going to be "over" Ebola.. and then the situation is going to take a turn for the worse and people wont take it seriously. The virus that cried wolf. I mean i know im already tired of seeing all of the different Ebola threads on ATS already... and at the same time it would be stupid to ignore the possibility, so inevitably I always read them lol But at some point we are going to lose interest and "move on" to something else. we are going to burn ourselves out on. thats just what we do, IMO. i give it a few weeks to a month and there will be some other big news story everyone is focusing on. That said, this time last year West africa only had a few cases and now its over 8,000ish... atleast. Im just afraid we will all get burned out, let our guards down, right around the time that we should have our guards up :/

There are people in the world who are desperate for attention, and some mental conditions make one obsessed with medical attention. You'll see people claiming Ebola more and more to get their attention fix.