Wake Up, CDC: What If There Was NO Breach In Protocol In 2nd US Ebola Case? Try Investigating That!

posted on Oct, 12 2014 @ 12:41 PM
link
I just re-read The Hot Zone a few days ago, and something stood out to me; the Army crew that was tasked with going into the monkey building and killing all the monkeys did it one animal at a time... now these were large, dangerous, strong monkeys with big canine teeth; they went cage to cage, pinned the monkeys with a stick to the side of the cage, another worker injected the animal with a large dose of tranquilizer and then the monkey was removed from the cage and euthanized with a large dose of Ketamine (IIRC).

This was exceedingly dangerous, the army guys were wearing full protective suits and were still terrified, and one of the monkeys escaped his cage and was loose in the building for hours before he was cornered.

Why in god's name they didn't just gas the entire building to kill the monkeys and then remove their bodies, after assuring themselves that they all were dead is beyond me, but it's apparent that even with several days planning, they still took the most dangerous possible (to the staff as well as the surrounding community) method of containing the outbreak. This was while they had several possibly exposed staff under quarantine, and didn't know yet if Ebola Reston was transmissible to humans or not.

This is your army, the same one that's going over to Africa to 'help'.

posted on Oct, 12 2014 @ 12:42 PM
link
Apparently there's also supposed to be a buddy system, where each person watches the other as they take off their protective suits, to watch for mistakes, breaches...

Where was her buddy?

originally posted by: marg6043
a reply to: Xtrozero

It wasn't in Washington is was a Military facility in Texas, they brought an infected monkey, when they found out how bad it was they burned the lab.

Actually it was in Reston Va...

It is entirely possible, probable even, that there are holes in the CDC protocol. The issue is probably more layered than that though. There could be problems down the chain to the specific hospitals protocols or heck, just the bureaucracy inherent in these hospitals (often developed in reaction to litigiousness and government mandates). Healthcare in this country is a sticky, giant dragon made of red tape.

I respect your position: In your opinion, is it at all possible that current protocols are not adequate, versus protocols having been breached?


Ideally, they are adequate. Technicians work in Bio Safety labs all the time in the US and to date none of these nasties (especially the weaponized nasties), has ever broken out in America.

"Ideal" protocols aren't practical in the real world though. Bio safety level 4 "hot labs" are few in number. In Africa they are non existent. In Dallas (or anywhere), a slip of the wrist while changing, a needle prick or torn glove is all it would take.

The farther from the highest ideal protocols we get the less training and equipment are available to insure containment. We see that happening before our eyes with Ebola.

Add jetliners and people who lie to evade those ideal protocols and the house of cards collapses. I won't go into intentional breaches.
edit on 12-10-2014 by intrptr because: bb code

If you have a link to that 70's monkey study, I'd love to have you post it here. Most intriguing.

Here is the part that suggests airborne..

While USAMRIID was analyzing the Reston samples, Hazelton lab workers began euthanizing the remaining animals in Room F. Over several days, however, sporadic deaths began occurring in several other rooms: soon 30 monkeys from a different Ferlite Farms shipment were dead.


Here is a quick link to read about the Reston outbreak without reading the whole book, but I do recommend that you do read it.


Other important items of note:

This nurse was off duty for two days while 'self monitoring'.

They say from the time she identified to isolation, 90 minutes elapsed. No word on where she was or who she came in contact with during those 90 minutes.

It sounds like they are quarantining the entire apartment complex. @5:20. 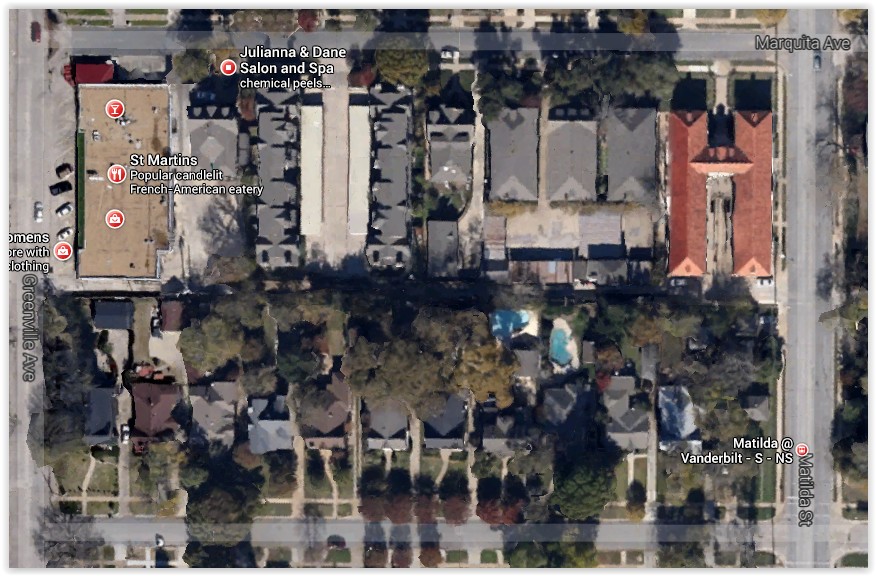 It's likely one of these two: 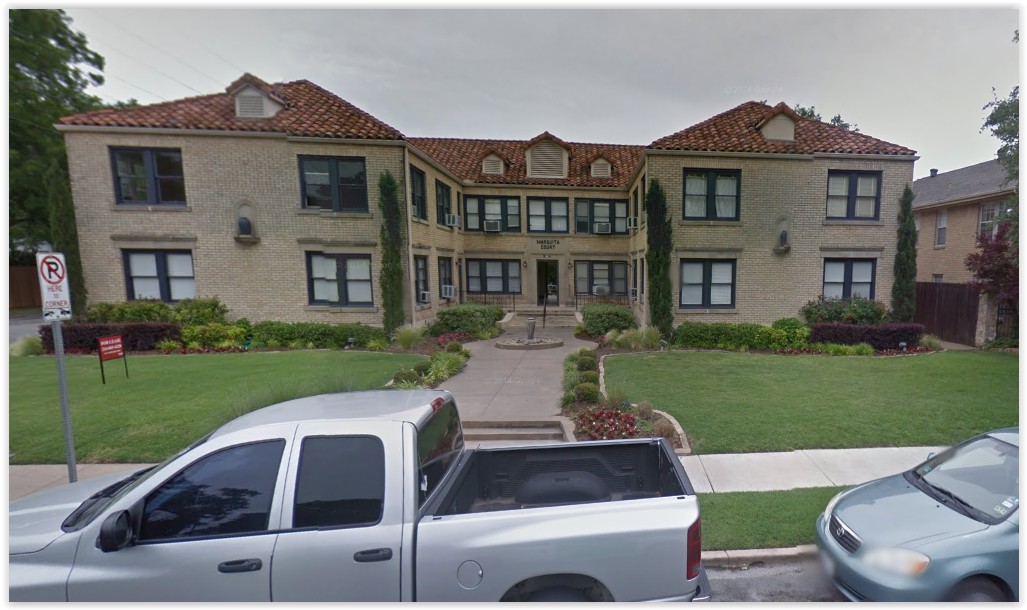 Obama needs to get his big boy pants on and step up to the plate and make quite a few decisions about Ebola, and swiftly.
Now. Today.


What, instruct the military to shoot down all incoming airliners from Africa and burn every plane on the Tarmac?
Until the pressure to declare "no fly zones" (finally, a practical use of the term) are established over the countries that are most infected there will be no stopping it.

It may be too late already. And will be for sure if they talk about it some more.

They are telling us there is no way to reduce the chance of it spreading to zero. Stop bringing infected people home and stop inbound flights from there, that will go a long way to reducing the problem.

Ideally, given the gravity of the situation, her "buddy" should have been a highly trained specialist from the CDC. Was this the case? Based on Frieden' s slightly agitated demeanor in his most recent interviews, methinks not.
edit on 12-10-2014 by bludragin because: (no reason given)

Your insights are always well explained and helpful. Glad to see you here.


Until the pressure to declare "no fly zones" (finally, a practical use of the term) are established over the countries that are most infected there will be no stopping it.

Yes indeed. This was vital...a while ago. Now, Dr. Freaky Frieden's words about "stopping flights won't help, blah blah" have come to pass. He needs to own them.
But the gate is open and the horses are running down the freeway, I fear.

posted on Oct, 12 2014 @ 01:01 PM
link
Do you think if there was no breach the CDC would admit it? It would cause a mass panic and pretty much assure almost no health care for infected people.

It could have been a defect in the suit or perhaps she was in contact with another worker who had it.

I found the information.

1989- Ebola-Reston virus was introduced into quarantine facilities in Virginia and Pennsylvania by monkeys imported from the Philippines.

1990- Ebola-Reston virus was introduced once again into quarantine facilities in Virginia, and Texas by monkeys imported from the Philippines. Four humans developed antibodies but did not get sick.

25 years ago, Ebola outbreak in U.S. introduced us to unknown disease

RESTON, Va. – It had all the makings of a public-health horror story: an outbreak of a wildly deadly virus on the doorstep of the nation’s capital, with dozens of lab monkeys
dead, multiple people testing positive, and no precedent in the United States on how to contain it.

Americans’ introduction to the Ebola virus came 25 years ago in an office park near Washington Dulles International Airport, a covert crisis that captivated the public only years later when it formed the basis of a bestselling book.

I was silly enough to promote the idea of banning flights to infected West African countries on my Facebook months ago. Even my close friends thought I was overreacting and misinformed. I found ATS this past week, hoping I could find intelligent dialogue on this current Ebola outbreak. And, mercifully, I have. Thanks to you all for your comments. Much appreciated.

posted on Oct, 12 2014 @ 01:10 PM
link
Exactly she is a easier scape goat than the hospital is. The hospital will fail if people there realize that the hospital took shortcuts. If our Hospital did that here we would just go to a better hospital even if it meant i would die before i get there. At least i knew it was quality instead. a reply to: FlyersFan

posted on Oct, 12 2014 @ 01:10 PM
link
I think it all comes down to training. As someone else mentioned, local healthcare providers are not equipped to deal with something of this magnitude. I work at a hospital. If ebola somehow emigrates there, all hell would break loose. The disease experts should be right there taking control of the situation and quarantining people. Hell, the United States should never have originally brought the two doctors to the states back in August. It just gave everyone afflicted with the disease a false hope, that we have the answer. We don't.

posted on Oct, 12 2014 @ 01:11 PM
link
a reply to: Daughter2
I think the CDC would have a meeting. Then another meeting. A tele-conference with the WH. More meetings.
Before they reach a decision, another cluster will break out.
imho

Which leads me to believe she was not a doctor or RN but probably a LPN.

Though some LPNs are smarter than doctors - not all are educated. So what would have been very obvious to a doctor or RN wouldn't be to a low level worker.

Perhaps she was the one who changed the sheets or disposed of the vomit. Tasks like these tend to go to the lower paid workers.

Ok..... The Book was about Reston.... I do not know anything about the Texas one.

Thanks for links. I will of course do my own research on this, but in general, do you know if The Hot Zone passes muster in regard to supporting its claims with hard data that stands up to scholarly research standards?