posted on Oct, 12 2014 @ 09:20 AM
link
I normally write poems. I read a story recently about an elephant that had been in chains for years and finally was rescued by a group of people who cared. I wrote this little story based off that, just made it my own.
******************
The elephant fought hard against the chains.. They were digging in deep causing blood to trickle down his feet. It hurt so bad but he wanted to be free. He could feel the chains tightening. He didn't know how long but it sure had been since he was young. His mother was shot down just so those awful men could strip her tusks.

He focused again on pulling as hard as he could. He tried to step forward but the chains were so short, he couldn't. Frustrated and so angry about everything he finally broke one chain off his foot. Oh the relief he felt. Now one more to go.
He could hear his master shouting. He wasn't sure if he had heard the chain break so he had to act fast. He used all his might and the other chain broke. Now run!! He ran through the gate busting it down. He heard yelling but he didn't care. He wanted to be free.

He ran and ran and ran. The voices faded and soon it was just the noises of the night. He wept with a softness. He couldn't believe he finally had broken the chains. Freedom was gonna be difficult but he would rather face that challenge than live in the restrains of misery. 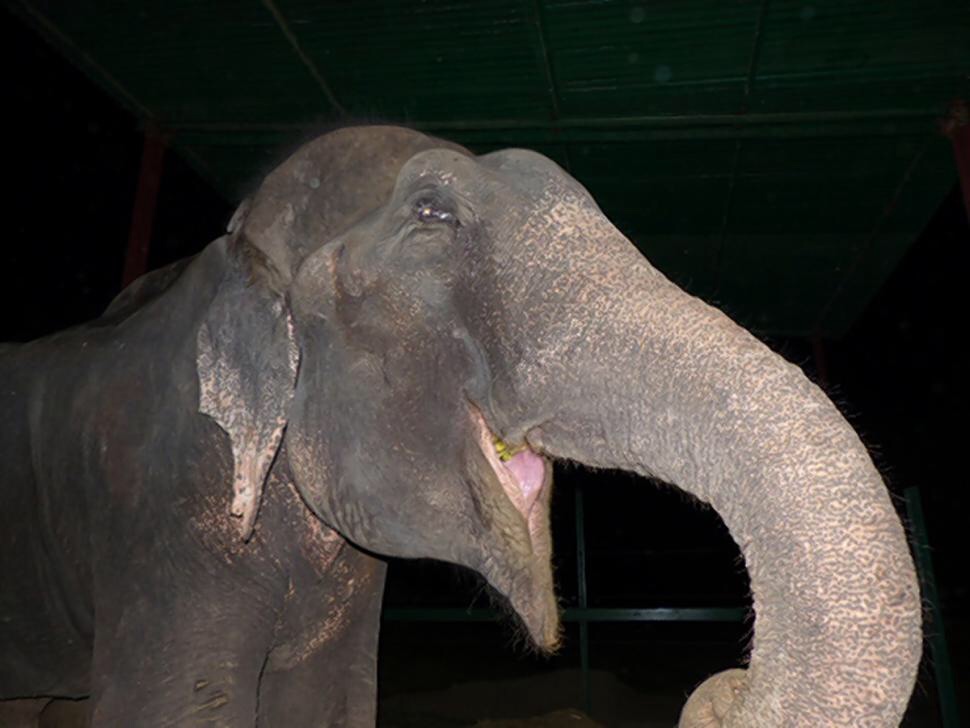 This is Raju.
Elephants are my favorite animal. They hold a certain beauty of magnitude and I love it.

This story wretched my soul when a thread was on here a few months ago.

This kind of stuff makes me very angry Nat. Like my Mamaw used to say "People do things just for meaness child."

Very intelligent short story. I enjoyed reading it from the elephants perspective. You did a great job anthropomorphising him I really felt something for your elephant just in the short time I spent with him, great work!

Elephants are such beautiful creatures, they carry their emotion in their eyes. They're one of my favorites too.

Yeah when I read that article, I teared up a lot. It made me sad and angry. There are cruel people out there... But for every cruel person...there is a good person. Yes, sometimes I still wonder if cruel people outweigh the good but I gotta keep that positive thinking going at least sometimes....hah!

Thanks for reading my friend. Your memaws statement is very true and sad.

posted on Oct, 19 2014 @ 11:17 PM
link
a reply to: CagliostroTheGreat
Thank you very much friend. I appreciate the feedback.
I am not used to writing short stories. Wasn't sure about the grammar and punctuation in all.. But that's okay. Hah!
Thanks for reading.