posted on Oct, 12 2014 @ 10:13 AM
link
a reply to: BlueAjah
Can't do any more than conjecture on the first points you raised. But frankly, those 18 patients Dr Varga mentioned could be anybody. They don't have to have been on any prior list.

As to your own experience, there's a special term for infections picked up that way. They're called nosocomial infections and they are very common.

posted on Oct, 12 2014 @ 10:13 AM
link
My husband is a firefighter/first responder at a city very, very close to Dallas. He says they have TWO boxes of masks at the supply station. TWO! That's only enough for 10 people. How is that prepared?

Also, at what point do yall think he should consider not going to work? We are trying to decide but have no clue what our protocol should be.

originally posted by: AnonymousCitizen
When they mentioned...

We now have contingency plans in place.

Did anyone else picture this? 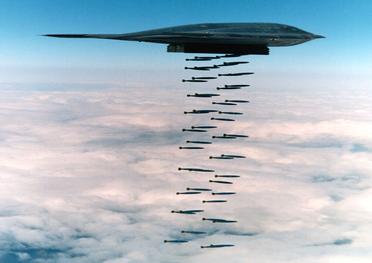 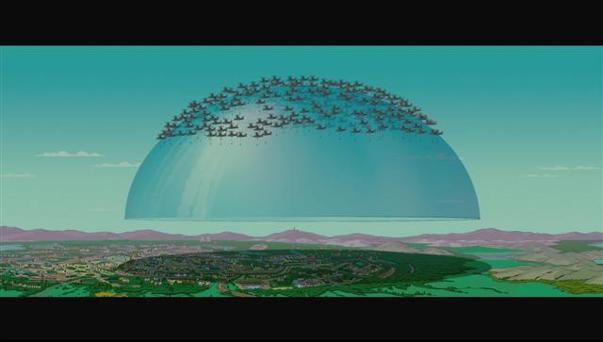 originally posted by: Hellas
The Nurse had "Extensive Contact" with Duncan according to the CDC.


That's new rhetoric out of the CDC. They are going to blame her for getting this.
The nurse says she knows of nowhere that she breached the CDC rules.

posted on Oct, 12 2014 @ 10:17 AM
link
Ugh, there is a lot of effort put in to quell the public's fear. How this is being controlled and contained to ensure everyone's safety...

There are many here who do not like fear-mongering. In this case, I think a bit of fear is in order. The message coming across here is, essentially, "don't worry, go about your business as usual."

I'll go ahead and monger some fear. Anyone in or near Dallas, please shelter in place as much as you are able. Keep yourself and your family safe. Nothing will be accomplished by CDC, healthcare providers, or any governmental entity until a complete and total disaster requires it. And then it will be too late.

hopefully it was just an innocent slip.

also, he said they have a little 24 bed area sectioned off to use for ebola patients.
does that mean they expect at least that many? or, does it mean that was the most logical area to section off and it just so happened to have 24 beds?

i just dont want to freak myself out over body language and a language slip.

through all this up until now, all we know for a fact is there have been 2 confirmed cases. 1 died and 1 is in observation. there has only been 1 transmission in this country...

edit*
i am just trying to stay more on the positive side.
maybe that is naive'
i will for sure freak out when i think it is warranted.


Does your friend live off Greenville near Marquita? If not, then it's not this second case.

She said yes. So I guess it's the nurse? Her husband's brother lives next door and he is out of town and said he's not coming back.

Is always room for human error if it wasn't like that we would not be human.

When people are not ready or prepared to deal with proper procedures errors are bound to happen.

posted on Oct, 12 2014 @ 10:19 AM
link
I would not trust anything coming out of the cdc right now. In the coming weeks the truth will reveal itself.. More infections will be reported, its the ones not getting reported to be concerned about. Let us not forget history tells us how accurate the government is when it comes to reporting facts especially when it comes to illnesses.. Allot of cases are not going to be reported and all people infected will not goto the hospitals.....

I am hoping for the best by the way.. I am concerned about this ebola, outbreak just to make my view apparent. I just think we need to get a little more high power, when it comes to handling this virus, in the United States, and world wide. The government is just going to tell us to stay calm, even if it spreads like a wild fire..

Everyone should educate themselves and not be afraid to make a decision when it comes to your safety...

posted on Oct, 12 2014 @ 10:22 AM
link
How many patients did she see after Duncan? What were her activities before developing fever on Friday night?

Contact trace that and it seems evident that we are imminently in an "oh #" moment.

I just don't see how we're not?

Why are they not considering the fact that the existing protocols no longer work because this particular strain it not like the others?

The most obvious, fkn conclusion and these experts want to play word games?

I said last week we were 1 health official being infected away from panic..

Now, the nurse says she obeyed the rules, the staff around her would know if that's true or not. The next step I'd expect is health officials refusing to work on patients suspected of being infected.

The more I hear about this, the more I think about Stephen King's "The Stand".

Previous poster said they closed the hospital emergency room for a scrub down and because the staff was too short ... all exposed to the 2nd patient. I'm not seeing it on the TV news .... looking for it.

All the folks going through there ... most already with health issues ... If this transmits before symptoms show ... well YIKES!

posted on Oct, 12 2014 @ 10:25 AM
link
For all of you that are election g to stay positive: you better get your bug out point decided now else you will be a frog sitting in a pot of water. Every time a person comes down with ebola the heat will be turned up a little. That will continue until it's too late to jump out of the pot.

Only one way to do that, extensive quarantining, no?

posted on Oct, 12 2014 @ 10:26 AM
link
They are of course not telling us the TRUTH
REGARDING THIS DREADFUL DISEASE

It just truly saddens me that it has come to this.
I worry about my kids the most.

I'm trying to prepare the best that I can
Hopefully someone or something will be on our side
If it goes the way I'm praying it won't go.

posted on Oct, 12 2014 @ 10:26 AM
link
a reply to: kosmicjack
Until this morning, I still had hope that Freaky and the US gov would stop commercial flights to hot zones (and transport health care givers via military or private means), but today, I'm buying more water and Slim Jims.

I wonder...does the CDC even know how this virus spreads? Now that Ebola is in the wild, so to speak,
how can "they" keep up with mutations?


originally posted by: Hellas
The Nurse had "Extensive Contact" with Duncan according to the CDC.


That's new rhetoric out of the CDC. They are going to blame her for getting this.
The nurse says she knows of nowhere that she breached the CDC rules.


Because the CDC can't let anyone know it could possibly be airborne. They have to have a 'fall guy'. Either that, or they're in complete and total denial.