Virtual reality, the death of morality, and the perils of making the virtual ever more real

As the technology that underpins virtual reality develops and the experiences become increasingly more real, I’ve been pondering a particularly morbid thought: When will we have the first VR-induced death? Will a realistic rocket launcher blast in Team Fortress 2 or VR version of Silent Hill give you a heart attack? Will watching the chase sequence in Casino Royale in full VR 3D pump enough adrenaline into your system that your heart beat becomes arrhythmic, eventually leading to death? Will a a VR experience be so realistic that you get so swept up in the moment that you run into a wall or jump out a window?


Virtual reality, the death of morality, and the perils of making the virtual ever more real 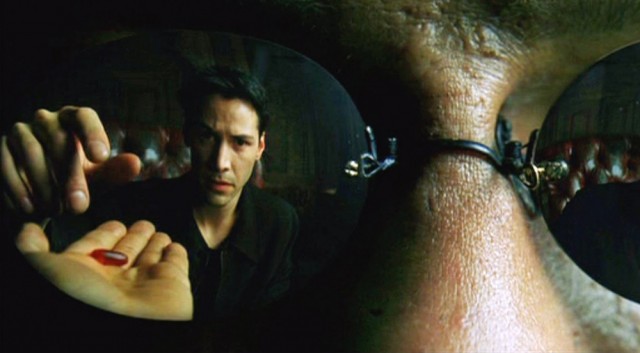 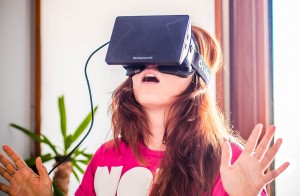 Found this article rather interesting. Some of the more pertinent questions that spring to my mind regarding this technology and the future in which it will undoubtedly play its part are, what are the moral implications regarding the virtual worlds we will create? Are there limits that should be imposed with regards to censorship, and should we police these virtual environments? If so how would we do so, will we create virtual Police that dish out virtual justice in the not to distant future?

Your opinions please fellow members.
edit on 10-10-2014 by andy06shake because: (no reason given)

If the planet is dying and there is no way to save it, but we can extend our time together by moving on to a virtual system and enjoying the phenomenon of time dilation, would you really want to stay in the land of the living? I'd choose a virtual world every time. Knowing that about my nature makes me very afraid for what reality might actually be. ;p

Chances are we are already living out our own version of reality in some kind of 3d Simulated universe. Now if only we could find the tilda key and enter debug mode things could get interesting.

I love, btw, how that movie insinuates the choice is as simple as taking a pill and being swept up by a ship out the other side, a totally automatic and instantly decisive system. If it is that simple, no one has thrust the pills into my hands yet. ;p

Friend—we already live in a virtual reality. I don't mean it in the man-on-the-street kind of way, who thinks we live in some strange and stupid Matrix-like simulation, but that we already act out a virtual reality on a day-to-day basis.

Take money for instance; put a slice of food beside a pile of money and place both in the wilderness away from human beings. We already know which "bread" will disappear first, and the money will still be there when we get back. However, do the same in a city. The exact opposite occurs; and that which has actual value is swept aside for that which has a virtual value.

We already live virtually. The digital virtual reality is only the newest iteration of it.

The book Neo hides his disks within in the movie is about this very topic. I suggest it as a decent read.

We are constantly creating reality of course, virtual or otherwise, maintaining it, sustaining it but most importantly ensuring it remains vitally real because its all we have, its our xxxxxxx on this, the physical plane.

Short: A religious (?) person was preaching how morale will be declining with advanced VR apps and tech, talking about (hypothetically) how long it will take until we have "Child Rape Simulator" and similar in VR.

Because I can use the same silly arguments for books, videos, TVs, current video games etc.

Oh no! Moving pictures on the screen! They will all turn us into child rapists etc.

If we keep with the topic of potential pedophiles or rapists, SUCH people will always exist and they always EXISTED. Whether a new VR headset will come out making things "more real" doesn't really matter. It doesn't turn me into a child rapist...neither did violent games or crime TV shows turn me into a lunatic axe murderer : )

"and should we police these virtual environments?"

It's funny that you and then some so called "morale apostels" do INDEED start thinking about policing and censoring TECHNOLOGY...but this technology is nothing but a medium.

The "perversion" and the immorality is within yourself. If you have "perverse" sick tendencies which make you want play a virtual rape simulator, it's not the fault of the technology which is able to create such a "reality"...it's your BRAIN's wirings fault. The problem sits much deeper, IN YOU...it's not a problem caused by VR or the ability that VR can create such a "reality".

In a worst case scenario, some "morale apostels" want to censor media ..because...there is a tiny fraction of sick people who happen to be sick/perverts etc...and because of this tiny fraction of people....we have to censor an entire technology? (And, hint: Even if we were to censor media, those people would STILL be mentally sick. They STILL would fantasize about rape...or do you think that censoring/policing would automatically cure all those people?)

That would be my thinking also given the fact that the Holographic principle seems to gaining more credence as the days go by.

This short video addresses rather a few inconsistences regarding our perception of reality.

"do you think that censoring/policing would automatically cure all those people?"

Cure the madness that is Humanity via VR?

God cannot even seem to influence the insanity that we call every day life, so what chance does VR have. That being said this technology, taken to its logical conclusion, would allow us to create our own iterations of reality and in a sense be our own God. Keeping in mind that we were apparently created in his image, one has to wonder if this is how we as a species are supposed to emulate our creator.
edit on 11-10-2014 by andy06shake because: (no reason given)

In all seriousness though, good find. I may live to see the day of the virtual thought police, stopping me from watching my favourite Asian prawns and conspiratard videos.