originally posted by: TKDRL
It's funny that most people don't seem to be reading the OP or sources at all lol.

I though it was clear enogh the lawsuit was due to the caffeine content, after seeing most of the post I started to get scared as I feel I may be next in line on a lawsuit due false advertising

OP why did you ask this?

How can someone say with a straight face that they truly believe they would get wings by drinking redbull, actually how come someone believe it would get wings by it and still take it, do you want to be a freak of nature with a pair of dysfunctional wings???

You are all a bunch on insensitive bastards.

After drinking three cans of Red Bull, I jumped of the roof of my house. Not only not the wings not appear, I twisted my ankle and hurt my knee.

Think twice before calling this a "trivial" lawsuit.

posted on Oct, 10 2014 @ 06:05 PM
link
a reply to: WeAre0ne
Lol you would have to sue the mirror, as they are the one that titled their article that. Seems like the headline is meant to smear the lawsuit, much like headlines did about the mcdonald lawsuit, and look how well that did. People to this day think that is the posterchild of frivolous lawsuits.

When I read your OP and the links I found it interesting that the entire case seemed to hinge on red bull claiming to be a superior source of energy over coffee.

Now I am not saying this is true, but what if the source of the lawsuit was actually the coffee companies, who have definitely been experiencing some diminished sales with the introduction of energy drinks.

After all who really benefits from this lawsuit? The patsy, I mean litigant that started it, the consumers who get a measly two bucks or so, or the coffee companies who will no longer have red bull claiming to be superior to their fine energizing beverage. It's like a direct hit to red bulls advertising campaign.

Not saying it is fact, but in this world these days, one has to wonder.

Seriously? Did anyone in the world really think that "wings" was not a metaphor?

There is more to redbull than just caffeine. The name RedBull come from the Taurine that is it. Taurine = Taurus = Bull.

. Some studies suggest that taurine supplementation may improve athletic performance, which may explain why taurine is used in many energy drinks. Other studies suggest that taurine combined with caffeine improves mental performance, although this finding remains controversial. And in one study, people with congestive heart failure who took taurine supplements three times a day for two weeks showed improvement in their exercise capacity.

I'm not too proud to get a little cash from a company I have bought plenty of product from and never gotten anything for free from. Took me 5 years to realize I shouldn't drink it with alcohol any more, so many memories lost because of them....I don't care what anyone calls me. Took the liberty of filling one out for my wife too

posted on Oct, 10 2014 @ 07:26 PM
link
a reply to: prisoneronashipoffools
Or it could be redbull itself behind it. Look how many redbull lovers are all like "This is absurd, I love redbull, I am gonna go out and buy a case right now!" 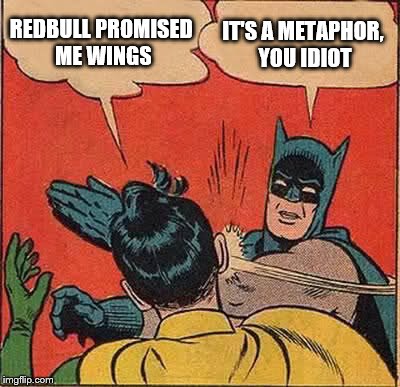 posted on Oct, 10 2014 @ 07:58 PM
link
I can't believe this lawsuit would go anywhere, the premise is just too obviously refutable.

posted on Oct, 10 2014 @ 08:04 PM
link
Uuugh I hate that stuff..leaves a horrid livery taste in my mouth,the "come-down" makes one feels like a Mack truck went over one-and it causes constipation too.I've tried one or 2 other types of energy drinks too-and it's Definitely not for me.I' find it's far better to take a really good multi-vitamin like Pharmaton with Ginseng,one a day with a meal-that one Works,believe me.Energy drinks are vile stuff,imo.a reply to: Indigent

posted on Oct, 10 2014 @ 11:03 PM
link
There's more to energy than just caffeine content. This ruling is retarded. Furthermore, anyone who actually applies for a piece of this settlement is scum. I would lose all self respect if I participated in such a thing... and I'm all for sticking it to corporations. But you should stick it to them for things they actually do not get them on a technicality.

I agree. Plus it's not really the caffiene, nor the ginsing, nor the b vitamins, nor the taurine. In my book the real magic was the Tyrosine. Which you will not find in red bull any more or most energy drinks. But it was the tyrosine that was in the first energy drinks that really got every body going. Tyrosine is expensive so they cut it out to lower the price or make more money. Go try tyrosine. then try a red bull after the tyrosine has worn off and compare the difference. Just go out and buy tyrosine and put it in whatever coffee you drink. You will be flying. Your brain will be able to go a million miles an hour. There was even a product developed for video gamers to enhance their concentration and the chief product in it was tyrosine.

I drank it a couple of times, but I have Tachycardia and it really causes my heart rate to go up and I have to lie down because I get dizzy from it. That happens with every energy drink.

How much of the stuff did the person suing them drink? They could have built up a tolerance to it. Gee, next there are going to be people suing Smirnoff because their fruit coolers didn't make them look cool enough.

What a ridiculous lawsuit. RedBull, I loved your advertisements.

How about this, I sue Coca-Cola because I can't find a can with my name on it, boo hoo.

You were drinking caffeine with a heart condition? Dude, are you crazy?
But nobody in their right mind actually expected to grow wings, I mean people are stupid but damn. I'm just shaking my head over here.
edit on 11-10-2014 by Heartisblack because: (no reason given)

By "give you wings" they mean that it's an uplifting effect. It's pretty obvious to anyone with above a 70 IQ that it wouldn't actually give you wings.

A decent legal team would have been able to completely overturn anyone's ridiculous claim on this matter.

You might as well sue Coca Cola for almost 100 years of claims that "if you're good, Santa Claus will bring you a present".

You were drinking caffeine with a heart condition? Dude, are you crazy?
But nobody in their right mind actually expected to grow wings, I mean people are stupid but damn. I'm just shaking my head over here.


I didn't know at the time when I drank it that I had Tachycardia. I learned this later. I do drink Diet Coke, but not all day, perhaps a can every now and then.

Someone tried to get me to drink some of that 5 Hour Energy, and the same thing happened. I can't drink coffee either.

originally posted by: babybunnies
Red Bull must have an atrocious legal team.

By "give you wings" they mean that it's an uplifting effect. It's pretty obvious to anyone with above a 70 IQ that it wouldn't actually give you wings.

A decent legal team would have been able to completely overturn anyone's ridiculous claim on this matter.

You might as well sue Coca Cola for almost 100 years of claims that "if you're good, Santa Claus will bring you a present".

The most likely would have had the case tossed but, they are going for this settelment instead because it brilliant PR. 13 million is nothing to Red Bull and they have every TV/Radio/print media covering this story for free. It is pretty clear this is Red Bull taking advantage of an opportunity.

Its also pretty obvious to anyone that read the sources that this is not about the lack of wings, it is about the lack of up lifting affect.
Still a silly lawsuit, but no nearly as silly as those that think this is a guy suing about not getting wings