originally posted by: butcherguy
Anyone hear that....
it's crickets.

The regrouping and re-thinking phases are underway.

We apologize for president Obama's widely misunderstood use of sarcasm in reference to Ebola and bus riding. We will schedule a future press briefing to clarify his point. As soon as we figure out how to.

I never indicated that you did say it was airborn. I was explaining why Obama said what he said.

I even broke it down so that a child could understand:

Let's say that you and I are standing near each other. I have ebola and you do not? Are you going to catch ebola?

What has to happen for you to catch it from me?

You have to become exposed to my bodily fluids. Correct?

Obama was trying to squash the idea that it was airborn and that you could get it by just being around them. You have to come in contact with fluids, right?

That's why they are disinfecting areas in Dallas? Right?

For the love of Jebus, tell me can at least understand such a simple difference between physical contraction and airborn.

I won't sigh or make references to you having childlike thought processes.
I will ask you a simple question.

Is it possible to find bodily fluids on a bus?

I won't sigh or make references to you having childlike thought processes.
I will ask you a simple question.

Is it possible to find bodily fluids on a bus?


Yes, I never disagreed with that.

It's also possible to stand/sit next to someone with ebola and not contract it. Right?

Obama used a poor example and his point is moot regarding buses.

Yes, Obama used a bad example but my entire point is that the bus has nothing to fricken do with it!

It was about ebola being airborn and people can't seem to get past the bad example of riding a bus. He should have said walking by a person with ebola, or whatever example you find fitting.

Okay SS, I think everyone gets it now. You would defend this president even if he was beheading republicans on live TV.

posted on Oct, 12 2014 @ 04:18 PM
link
Are Americans in general the dumbest people on the planet? I believe a strong argument could be made that they are.

At the very least they're by far the most intellectually lazy.

Just believe whatever you want to regardless of the facts.

Okay SS, I think everyone gets it now. You would defend this president even if he was beheading republicans on live TV.


If that's what you think, you're misinformed. I happen to be a registered Republican and have many issues with Obama. I've been very vocal on ATS about Obamcare and some other issues.

What I really have an issue with is the constant unintelligent cry-baby threads where they take things out of context just so they can bash the man. It's so bad that even if someone does try to look at things in context and have an intelligent discussion, people say crap like what you just posted.

God forbid we use our heads and actually look at what was being said and why it was being said, huh? That's too much work, right? It's much easier and gets more stars if we just ramble on about him being stupid, right?

So the reality here is that some people will hate this guy even if he does the right thing.

You're stuck on the examples and not addressing the hearth of the matter.

The president is not a fool he is just a actor reading his lines. The people writing the talking points however are kinda foolish. Why box yourself in like this. At some point they might have to take this message back in a very public way. And it makes people like me question the decisions they are making.


It seems we are lacking smart people in high positions in this country.

originally posted by: butcherguy
a reply to: sheepslayer247
You are beating a dead horse.
I do not believe it is airborne. You should be aware of that now.
Obama was trying to calm fears. He may be going too far in that.

So Obama is going too far in trying to calm fears by telling people in West Africa that it's not airborn.......which it's not? 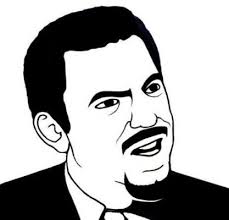 You're a registered republican?

Yet in our conversation here you admitted to liberal, communist views...

Progressives have a hard time understanding what they really are and sometimes label themselves as something they are not too further the agenda. When core beliefs float in the wind it is hard to grow roots around them.

Super mean question for me to ask, but....

Are the officials in West African countries urging ebola patients to use public transportation?

You're a registered republican?

Yet in our conversation here you admitted to liberal, communist views...

Wow, don't know what to say to that one.

Obama must have used the wrong tactic for this Ebola reference.

Talk about internal conflicts, if I was a registered republican with liberal communist views, I'd have to kick my own ass several times every day.

Yes, I am still a registered Republican. I tend to be libertarian on most of my views, but also swing towards liberal/communist ideas as well.

I'm not ashamed of that one bit. I'm lucky enough to have the ability of critical thinking and that allows me to flow with what makes sense and adheres closest to the original intent of what our republic should be, instead of following the dogma of the parties like most people I come across. I see that subtruth called me a progressive, and I suppose some of my ideas fall in to that category as well.

You see, I don't cringe when I hear those terms because I have not been indoctrinated into the new, politically-correct brainwashed echo chamber that has become the Republican party. And I'm not alone. There is a movement within the party for a reason, and that is because it has come off the tracks. The patients are running the loony bin.

So go ahead and have a laugh at my expense because I admit to my beliefs. At least I can say that I have stuck to the facts in this thread and the only reason I have to defend that nutbag Obama is because there is an ungodly amount of crackpots on this site that will use ANYTHING and EVERYTHING to bash the man...even when he is right or does something that makes sense.