I honestly have to admit that this movie nailed it more than any other of these types of movies I have seen.

Its very close to the way it probably went down with a little dramatic flare thrown in (of course, its a movie) ..the CIA parts are obviously overblown, but the mission planning and stuff is very close to real life from the Navy SEAL aspect.... I've seen people like this train for missions and they are very hard core and very competitive.

I have worked closely with numerous Ex-Navy Seals prior to retirement and they way they are portrayed is very close to the way they act in real life.

What do you mean? We see it on the news every day. I wouldn't be surprised if they were watching the movie in the situation room that night. 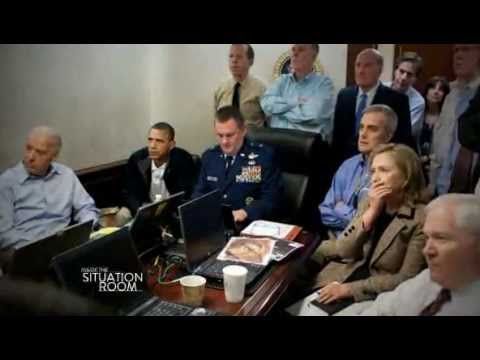 and quite right too

posted on Oct, 10 2014 @ 09:44 AM
link
After a week of seeing the movie i found out most of the real seals that took part on the raid died few months after, the rest died one by one too.

In regards to the actual events of the raid, you should read No Easy Day. The author was a SEAL on the raid and describes what really happened. He stated that ZDT is the cheesy version of what happened.

hey you are right, internet lied to me who knew it was possible

All good. People just hear Seal Team 6 and assume Bin Laden raid, but the reality is, DEVGRU is made up of many members and platoons. All of them being the best in the world at what they do.

posted on Oct, 10 2014 @ 05:21 PM
link
I thought it was a great movie, not necessarily because of the filmmaking, but because the way the story was told. The characterization was not all that great in my opinion, but no other movie really captures what that movie captured regarding the entire war on terror. Of course the movie was not highly accurate in the details, especially when there were no details and something had to be made up. But the general sense of the thing is captured. What should be especially noted is the feeling that I got regarding just how "knowledgeable" the government is. They're walking around with their thumb you know where half the time, despite their immense financial and technical resources. I find that it is a lack of inter-agency cooperation, as well as a lack of strong oversight, but that is beside the point I suppose.

The Behavorial Analysis Unit was on the floor above me.

Anybody who thinks that shows like CSI and that ilk portray real life, they are sadly mistaken.

Real life is much more boring. Nobody would watch the show if it were completely accurate.

Exactly.. all I said was the movie was fairly accurate in its portrayal of some events.

Just like when the movie "Breach" came out... we were told not to discuss it in public because our opinions could be mistaken for the official version just because we were FBI employees.

I like the movie Breach....but it isn't remotely close to being correct as far as the guy that was the main character...

I remember once we got to preview a new TV series and they were showing the pilot episode during lunch break because they wanted people's opinions.

I walked out in the first 10 minutes after they portrayed an FBI agent driving a motorcycle, flying a helicopter, and a boat. They asked me my opinion and told them that I thought it was stupid because a lot of FBI agents struggle to tie their own shoes much less fly a helicopter or drive a boat. I was overheard and got the call to go see the man for making that statement. LOL