posted on Oct, 10 2014 @ 04:47 AM
link
I might have seen this Documentary when it was first released. Walt Disney actually did some pretty good stories about what (during the time) was thought to be man's future in space. I do remember Wernher von Braun and Disney discussing what was thought possible and what needed to be done to get us to the moon and on to Mars.

This video for those who can watch actually has allot of history and many pictures... It goes into the government cover up and the reasons why. Top secret internal memos are spoken of wtc etc.. Anyway for those interested it is worth a watch.. IMO
As old as this is the quality of the documentary is actually better than most of the stuff we see today. They cover just about everything dealing with UFOs and Alien contact,Panspermia and of course the abductions.. Enjoy

It should be noted this video has been shared here a few times, however, I brought up that quote for a reason. Did Walt Disney ascend to the heights he did because he was that genius? Or did others maybe not so public also benefit greatly from such a consolidated power on the influence of children?

Worth noting that although just conspiracy theory, there is plenty of evidence of hidden messages and symbols all through the history of Disney's graphic entertainment.

Long story short, when I watched that video I realized why it was pulled. Too much propaganda too quick! Hence the slow drips.. and hey now that most of the backstory has been released why not drop this to add further creditability......Or maybe I just like chasing my tail. 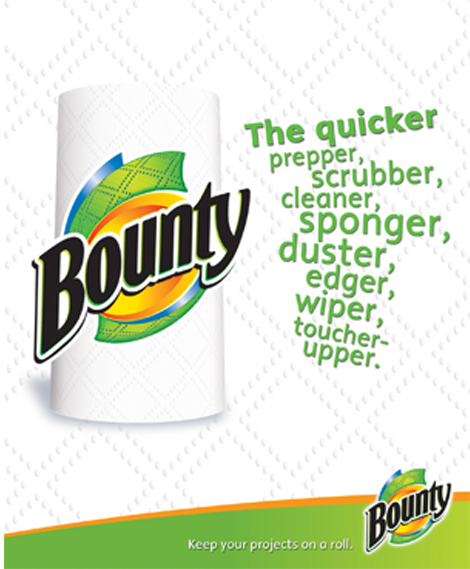 wow really an add inside an add, its like inception
edit on 10-10-2014 by Indigent because: (no reason given)

As someone who worked at Disney/Magic Kingdom/Tomorrowland in the 90's, I know, without a shadow of doubt (and the reason is was only shown once) is that the ENTIRE THING was a publicity stunt to bring attention to the new ride Alien Encounters.

The ENTIRE thing - every second of it - was publicity for the new attraction.

The only reason it can't be found now, is because Disney maintains control of it and it's locked up in their archives. It was only shown in 5 cities, because they were target cities.
www.imdb.com...

It opened briefly for previews on December 16, 1994, on the site of the former Mission to Mars attraction, but was ordered closed on January 12, 1995 for retooling by then-Disney CEO Michael Eisner who deemed it was not intense enough. It opened officially on June 20, 1995 as part of the Magic Kingdom's New Tomorrowland.
en.wikipedia.org...

And with the Disney movie Tomorrowland arriving next year and already subject to a massive viral marketing campaign - not much of a surprise to keep seeing this resurfacing.

Interesting point. Some of the pics and stories were not fabricated by Disney though. They just rehashed all the folk lore and pics they could find... which made it worth a view for me.

originally posted by: 727Sky
a reply to: AgentSmith

Interesting point. Some of the pics and stories were not fabricated by Disney though. They just rehashed all the folk lore and pics they could find... which made it worth a view for me.

Disney specializes in making fantasy lore concrete by building a physical environment that visitors can ride through, then spinning that ride* into a film. The Pirates of the Caribbean ride was based on Victorian children's story books about pirates, as illustrated by artists like Wyeth and Pyle. The imagery created for the ride was then recycled as a big budget film. Same thing for the Haunted Mansion. Same thing here.

*Disney prefers to call them "attractions." They're rides.

People who read ATS are the exception to the rule.

I just want to say i meant ad, not add, the time to edit expired, its like I have an obsession with double ds and number 38 for some reason... 38 DD, why god why

originally posted by: Indigent
a reply to: Indigent

I just want to say i meant ad, not add, the time to edit expired, its like I have an obsession with double ds and number 38 for some reason... 38 DD, why god why

4 hours to edit should really be 4


I think it says, 'Maximum' 4 hours, there's a difference. I never get any more than two..in fact I'm not even sure of two.
Anyway, I must have another gander at the documentary.

Taken from the video is a small newspaper article that was interesting to me.

"Dayton Ohio April 27.-The only airman who ever go near a flying saucer crashed and dies before he could describe I, the Dayton Journal-Herald said today.

The newspaper printed a lengthy dispatch on the mysterious flying discs, based, it said, on hitherto unpublished reports assembled at the Wright-Patterson Air Force base. The Air force investigation has proved that the flying saucers " are not a joke? Neither "are they a cause for alarm to the population? the newspaper said.

The closest any airman came to the mystery discs was on Jan 7, 1948 when one was sighted over Fort Knox, Ky., the dispatch said. Four fighter palns were sent" and that's all I could read from the video clip at 14:50.

It's an interesting article out of this video..nice find OP

posted on Oct, 10 2014 @ 11:06 AM
link
Just in case people aren't noticing - at the end 39:45 onwards - It's an extravagant viral ad for the 'Alien Encounters' ride that was at Tomorrowland in Disneyworld - as the ex-Disney employee wrote in the IMDB review I posted above.
All Disneyland properties around the world have 'Tomorrowland's:

It's literally an ad..

And here's the trailer released yesterday by Disney for the new "Tomorrowland' movie:

It's even called 'Alien Encounters from New Tomorrowland'' and opens with the Disney guys saying "Tonight we celebrate the new Tomorrowland at Walt Disney World in Florida with a television special that's out of this world."

I'm really not sure why this keeps doing the rounds and people read anything into it. It's just a typical UFO style program built around publicising the new ride.. It's all fun, but it's not mysterious or something.. Just an elaborate ad... For a theme park ride...
edit on 10-10-2014 by AgentSmith because: (no reason given)

THe thing that struck me most: NO CGI back than...and really convincing footage

posted on Oct, 10 2014 @ 02:18 PM
link
This movie does keep regurgitating itself on here. But it's understandable as there are new members (and even regulars) who may not have come across it for whatever reasons.

So here's some information that I've already posted in earlier threads for those who want to know what it was all about.

As our friend AgentSmith stated above this was a promotional film (i.e a longform ad) and was officially produced to promote Disneyworld’s ‘ExtraTERRORestrial Alien Encounter’ ride back in the 1990s. It was aired in the middle of the day in just a select few US cities.

The actual Disney attraction features for just a few minutes at the end of the 40 minute film. The “documentary” narrator refers to the existence of alien life visiting the Earth, government cover ups and Roswell. He even goes as far as revealing that microbial life has been found in a meteor, a good year, before President Clinton announced it publicly.

In 2011, after the video was made available via Youtube, Robbie Graham interviewed the writer of the documentary Andrew Thomas. Thomas had a background in reality shows like Cops and also worked as head of special marketing on Close Encounters of the 3rd Kind. He told Graham that Disney had wanted a TV special about the history of UFO sightings with only the last five minutes focusing on the ride.

The TV special was to be "seeded” into independent television stations across the country. Thomas claims that he wrote the script over a few hours with no government intervention. His only source material being document archives.

Even the meteorite story came from NASA information available on the internet. However Andrew Thomas did find it strange that Michael Eisner, the CEO of Disney at the time, personally filmed an introduction and vetted large parts of the documentary. This is despite the fact that he had considered it a minor marketing project. The film was shown just once and broadcast between 2pm and 3pm in the afternoon when hardly anyone was watching.

Make of all that what you will?

Of course Disney does not have a direct relationship to the film, but the real footage.
Most likely he simply edited in the studio on request.

Hollywood seems to spend an awful lot of time selecting certain narratives and re-booting them, not always with good results. But that trailer kinda has me hooked.

It's a program, ostensibly, about the UFO cover up, and here he is surrounded by black ops thugs. Perhaps Eisner is making a deeper statement here... perhaps Eisner is informing us something about the level of security that always shrouds e.t. and u.f.o. stories. Was Eisner forced to make this program under duress?? Was Eisner showing the black ops security to tell us to really stay away from the truth... fall asleep little children of Disney... just watch our program full of lies? I don't know how usefull this program really is. This program could be packed full of hidden messages... 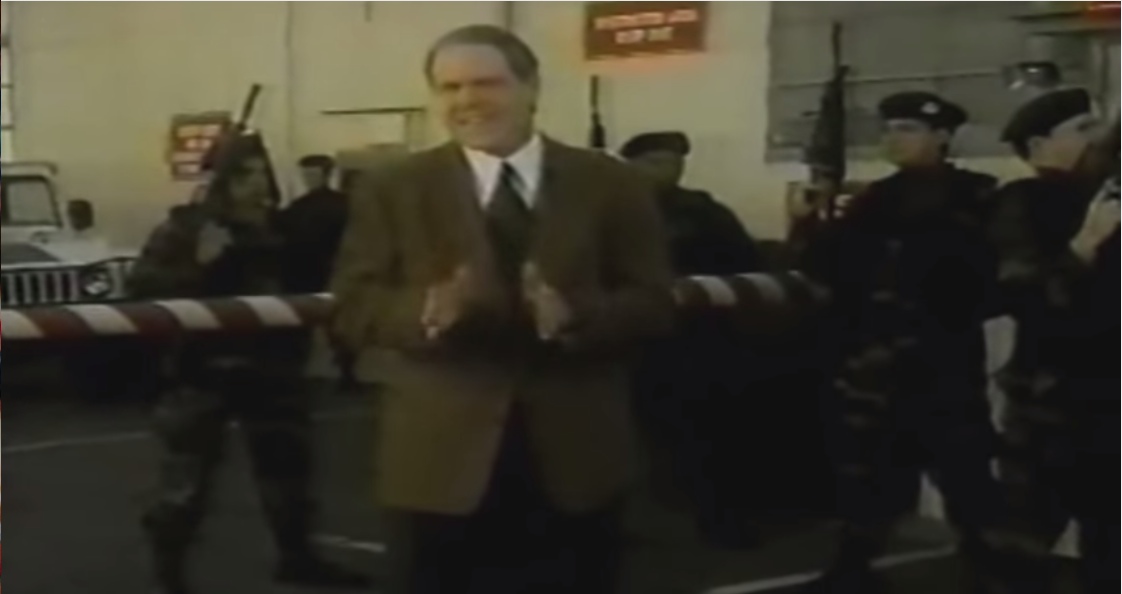