Transplanted Organs Hold Memories of Donor. Do You Know Someone?

One doctor theorized that each cell in our body holds memories in it's cells, not just in our brain cells; when a person receives an organ, these memory cells are activated in that person.

Paul Pearsall, a neuropsychologist, found evidence in 73 case studies of memories from organ donors manifesting in the organ recipients.

In one intriguing case, an 8-year-old girl had received a heart transplant from a 10-year-old girl that had been murdered. Afterwards, she began to have nightmares about the donor's murderer. Her parents took her to see a psychiatrist, and after several consultations, it was decided that the police should be notified.
The 8-year-old recipient was able to identify key clues about the murder, including who the murderer was, when and how it happened, and even the conversation by the murderer to the victim. Her entire account of the events turned out to be true and the murderer was convicted for his crime.

In another case, one man's food choices went from being a vegetarian to craving greasy fried food, and his preferred music changed from heavy metal to fifties rock 'n roll.

One woman who received a heart from a young man who died in his twenties felt deep, deep sorrow after meeting his girlfriend. She had a longing to be with her, but had no idea why. She also felt the anger that the donor was experiencing at the moment of his death when she awoke from surgery. He was trying to break up a fight at a bar and was knocked down. He hit his head and died on impact.
There are other cases you can read about in Paul Pearsall's book, The Heart's Code: Tapping the Wisdom and Power of Our Heart Energy.

I find this very interesting, so I want to ask if anyone knows someone that is a transplant recipient? Have you noticed any behavior or preference changes in them since receiving a donated organ?

The second half of this video is about the organ transplants:
www.youtube.com...

You have to subscribe to the You Tube link to watch it. If you prefer not to, here is a short clip from The Science Channel site:
www.sciencechannel.com...

It made me think a lot about information we might hold in our cells... not only with organ transplants, but when it comes to what we might receive from our parents. There is some fascinating cases where it seems memories, or implicit ideas, associations, patterns, might be passed on.

I don't know anyone who has had an organ transplant though. But it is stuff like this that led me to often refer to some of my memories as "physical" and others as more "mental". Some memories I choose to hold onto, with my conscious mind, through replaying them mentally, others seem to sink in deeper, whether my conscious mind focused upon them or not- especially emotional associations with sensual stimuli, and I wonder if that might be actually information stored in cells in other parts of my body besides the brain? We find neurons in other organs, what else could they be doing there???

It was very intriguing and something I had actually never heard of before. I think the most compelling was the case of the little girl who was murdered and became an organ donor, then the little girl who became the recipient of her organs began to have dreams about the murder that were so vivid it actually lead to the discovery and arrest of the guy who did it. Really don't know how to explain that one.

posted on Oct, 10 2014 @ 02:53 AM
link
I don't know how well this has been documented scientifically, but I remember one study which was trying to identify that we pass information down with our genes that had some kind of individualized history structured into the DNA. Meaning that throughout our life, our choices and the outcomes programmed and changed our DNA differently, so much to suggest that future generations were tied to that memory.

Wether or not that is related, and whether or not this phenomena is simply not coincidence or some kind of manifested power of the sub conscious I'm not sure. I haven't looked into it enough to say either way. But it's interesting if we could leave behind more than simple memories with our biology, and it says a lot for passing on our genetic code. Having kids seems to truly give someone some sense of immortality.

Should it be the case.

I don't remember the exact wording, but one of the doctors in the video was showing how the heart has memories, just like the brain, and then after more studies it was found that all organs have the capability to store memories.

It makes me wonder if I would want to be a recipient of a donated organ. One man received an organ from a suicide victim, and afterward, he killed himself in the same way his donor did. That's a little scary!!

I agree.
That one seems to validate this claim better than any of the others, although they were all interesting.

I think that study was done trying to prove past-life memories come from passed down genes from our parents.
While this could be possible, it is not conclusive to prove that this is where past life memories originate.

I say this because of a study done by Dr. Brian Weiss when he had a patient under hypnosis and she remembered a past life as a woman with no children, yet she described the area, names of people, etc., but there was no children for those memories to be passed down to. The names and the area with all her descriptions were proven accurate. 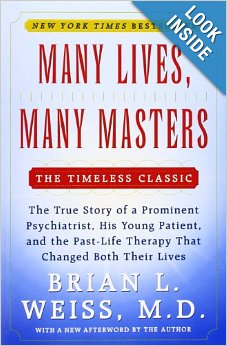 If all of this is really true, the possibilities are wide ranging.

I think the urge to smoke comes from the comfort a smoker gets from it. So, I would imagine the desire would still be there, but receiving a new liver might increase his life span somewhat, but he might want to request new lungs also.

posted on Oct, 10 2014 @ 03:26 AM
link
My uncle (who is an Australian aboriginal elder) had a heart transplant a little over 10 years ago (had an artificial heart for a while. cool stuff but sounded like darth vader all the time). He ended up with the heart of an Italian guy and ever since he has craved pasta and red wine (not something he had a whole lot of). A family joke but none the less very true.

Wow, I hope we get more people like you replying with personal validation that this happens. Awesome!

I had 2 transplants, quite some years ago now, and yes, I could feel the... Personality? of the donors, which were distinctive, for 3 to 4 months. And then it seemed my body assimilated them or something but it faded and went away. Its a very odd experience. At least, thats how it seemed to me, and Ive told that to folks many times.

Thank you, Pirhanna. I imagine it must have felt very strange, feeling another's personality.

Not exactly the same experience I had when my late husband possessed my body for awhile after he was killed, but similar. I was seeing things here through a different, other-worldly view; that's the only way I can describe it; actually, there are no words to describe it.

Interesting! Thanks for sharing.

LOL! Those South Park kids crack me up!

This is a subject which fascinates me. Soficrow had a couple of threads here a while ago, discussing prions and the possibility of memory storage. It's not known if these occur throughout the body, in certain places or just in the brain. In saying that however, we have brain-like cells in our hearts and in our stomachs - probably where we get the sense of a 'gut' feeling from - and so the idea that memory can be transplanted is likely, to me.
A really fascinating subject, I'll look forward to reading people's accounts.

posted on Oct, 10 2014 @ 04:50 AM
link
Cool thread. So I wonder about people with multiple personalities. Could it be the dna from a past relative? What if hat person had some disorder where they could never merge all of the different memories. Idk, just a thought.

And an interesting thought it is! You may be on to something there, Stella.

The researchers of this should look in to that theory!

posted on Oct, 10 2014 @ 05:37 AM
link
I can't remember where I read, heard or saw a case on TV but it was quite a few years back where an elderly lady received lungs from a deceased donor and soon after leaving the Hospital developed an almost irresistible craving for of all things. McDonald's chicken nuggets. Which was so bizarre to the woman because she had always detested fast food and McDonalds in particular.

Supposedly it was found out a while later that the supposed 'Donor' was a teenage boy who had been killed while riding his bike back from McDonald, he had just purchased his favorite, Chicken Nuggets and was on his way home to eat them when he was struck and killed by a car.

I don't know if this case was real or not, but if true, that's rather interesting and sad at the same time.

posted on Oct, 10 2014 @ 06:03 AM
link
Great thread topic. I wish I could functionally add to it, as to your request for people who've had transplants and what they may experience, along these lines.

But I can give you a name for it. It's called cellular memory. It is detailed and given as a huge impact, in a work of fiction called Dune. It is running throughout all three novels.

There are studies in real life on cellular memory, as well. The whole concept is quite fascinating. It should inform us about cells having specific functions, within our bodies. A lot is known about this now, but research is still ongoing, especially in regards to neuropathic cells and what they do, in and outside, the brain.
tetra