posted on Oct, 10 2014 @ 12:52 AM
link
Hello good people of the aviation forum. Earlier this week the Army dispatched some low level cover for the ISF in the form of our venerable attack helo. The justification is sound. After deploying a damn good squadron of Warthogs it would only follow suit that Apaches would soon join the CAS fight. From what I'm hearing, Baghdad may be in the cards soon and fixed wing at FL30 isn't going to cut it. It may be soon before we see boots in this fight.

At least 10 AH-64s were shot down during Iraqi Freedom, which is a ton for those N-I-T-K. And circulating on social media is an ISIS guide on "How to Shoot Down an Apache" - poorly translated excerpt below.


◘ when there is more than one missile, and this is best must be absolutely interval of no more than 10 seconds between the launch and the other and a rapid release of ramie and other up to 200-500 meters, and so is set to throw the signal to wireless or voice, or when you hear the first missile, and apply the same procedures previously mentioned after all.

◘ If the plane has been infected from the first release where the plane was seen smoke still must inevitably fly the rocket launch to confirm the other dropped.
◘ favors a sniper or more in the region which we expect by the fall of the plane, where they are shooting at the pilot and ramie if they tried to jump out of the plane.

◘ inevitably expect the arrival of helicopters and other quickly to the drop zone and this is an opportunity not repeat to drop other hostile aircraft, especially when there are a sufficient number of missiles 4/6 missile. 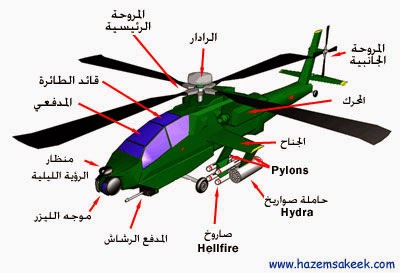 ISIL is known to have decent surface to air capability [SA-16/18 and US Stinger...yes we gave them Stingers] and I'm worried one of these birds might fall. If that's the case, are we confident that CENTCOM has the resources on the ground to mount combat search and rescue at this time? I hope we are - but is that going to lead us into a "boots on the ground" slippery slope if SHTF. Having these, venerable yes but, vulnerable "boots in the air" could lead to some escalation. Your thoughts....

That's where CSAR comes in.

I love our pilots and hope it doesn't make a sudden debut here.

Not that it would be it's debut, debut....but official debut.

They've worked in just about every conflict, and do good work. Those guys are kinda nuts, but you have to be to work that mission. They've pulled off some insane rescues, including the F-117 pilot in Yugoslavia.

Oh yes of course. I thought you were referring to the newish Sikorsky/Lockheed contract to build stealthy CRH platforms on the East Coast. Haven't seen an official release yet but have a feeling its been used in a few high profile raids as of late.

Having these, venerable yes but, vulnerable "boots in the air" could lead to some escalation. Your thoughts….


Apaches fill the role of close support that fast movers can't. They are slower, lower and can loiter longer.

Being slow and low also makes them more vulnerable to ground fire. Not that any idiot would shoot at an Apache when its overhead.

I would love to see some links on American Stingers in the hands of locals. I haven't heard of any shoot downs utilizing them. I haven't been looking really, either.

The last I heard they were providing Tow launchers (Tracked on Wire) to fighters being trained in Qatar, but not Stingers. Thats what they wanted to deal with Syrian jets and helicopters but weren't receiving them.

You can guarantee whoever was purchasing for the post Saddam Iraqi Army was not shy with the company cheque book.

The fact that ISIS has shot down an MI-35 suggests they have something relatively sophisticated - with its armor protection, it takes more than a lucky shot from an AK47 to take one down (though the circumstances aren't clear - a hovering MI-35, in daylight, would be pretty easy meat for an in-range RPG - it's big.)

I was bothered to read of a single Apache involved in a strike - there should be multiples, to provide mutual support, and fire support, in the event of a shootdown, or even a mechanical failure.

These should probably be mostly/entirely used in darkness, to maximize their strengths, and to minimize the ability of the enemy to spot them, and take them under direct (unguided) fire.

Dunno about the SA's, but the Stingers have a bit of a logistical tail, if you will - once turned on, the battery is good for, iirc, about 30 seconds. You need a trained gunner, a supply of batteries, and need to be in the right place at the right time. Point being, if you spot someone with an MANPAD, even if they've already fired their missile, it's a priority to take out the gunner, any spares he might have, his friends, his family and his goat. Carrying or firing a MANPAD should be a priority target, and a suicide mission.


I meant more reports now now. Those older stingers have a shelf life. The battery is designed to expire quickly. Without it the weapon is useless.

Months or years? That was vague enough. I would ask for a link but the ones I look at say the same sorts of things.

Engine components, IFOF (identification friend or foe) and security key codes (like the trigger mechanisms on other ManPads) present other safeguards built in to make sure the weapons systems are more useless to the enemy.

My guess is thats why little of these have been used over the last few years to down Syrian aircraft. What would this awesomely threatening globally connected Islamic Jihadist AL-TALi-ISIS be saving them for?

I didn't say they were saving them. But if they captured them they aren't useless.

I've had the thought that our media hasn't given us the whole picture on ISIL and that they might be more capable than most of us think. The Pentagon must know this and makes me worried about sending s/low level support. This couldn't end up being a way into Syria could it?

I know for a definite fact [high sources] there have been top level talks of regime change there.