At first there were maybe 1 or 2 per day, but now that number is way higher! It seems that now with word of ebola going viral, and the first man to be diagnosed with it in the US, the amount of reports in the media have sky rocketed.

So anyone else here bothered and or have something to say?

I am personally quite concerned about it all. I haven't heard from my Nigerian princess since I sent her some money, I hope she's ok.

Who turned off the lights?

posted on Oct, 10 2014 @ 12:28 AM
link
If I want a variety of news that consists of things that are not currently affecting the world... I'll get my cable connected again. As it stands, where else can you get such up to date information about something this life threatening all in one place??

Maybe it won't spread. Maybe it won't become a pandemic. Maybe by next week, we will not even hear about it on the MSM anymore because the threat is gone. Who knows? Discussing it though, does not mean that people are being ruled by irrational fear. People want to know what this is, what could happen, etc.

It's been quite a while since we've had an outbreak of something so deadly and capable of killing hundreds of thousands of people, so I think most probably assume it's about time and that makes a lot of folks a wee bit nervous. It's natural I think.

Sure there are repeats and sure some are not entirely factual... Those get 404'd or debunked pretty quickly around here. Saying that, I highly doubt that you can find as much detailed or accurate information, lists of current outbreaks, quarantines, treatments, etc. all in one place and be able to talk about it with others as well.

You have to take the good with the bad. Sometimes it does seem redundant, but that's the price you have to pay to take advantage of the rest of it IMO.

Once Ebola is no longer an issue, it will be something else. That's the way the ATS cookie crumbles. 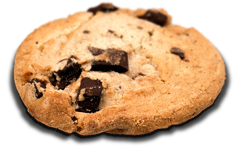 Ebola this Ebola that, I'm not concerned even though I read there is a case in LA. I'll let you guys know if it hits close to home. Until then, be safe yall.

posted on Oct, 10 2014 @ 02:14 AM
link
You can just scroll past them and atick to the non Ebola topics or just stay clear of the sections that its posted in, doesn't really bother me too much honestly because i like too keep up to date with it and the only place i really check for info on Ebola is ATS because along with the info is alot of valuable opinions and facts shared in such threads. Its a big deal roght now and quite a larhe threat to the citizens of earth so naturally people are going to be digging in to it and posting any new info that comes too hand.

I do say so far, because yeah it may kill a few more.

Wind back 5 years to the swine flu pandemic in America.

I was lurking back then, but the general consensus at ATS was because the government was telling us to take flu vaccines then swine flu was over hyped bs.

I sent her cousin some money this morning, I haven't heard back yet though.

At the very least, ATS isn't filled with Ferguson threads every day.

originally posted by: Kuroodo
Anyone else here bothered by the mass spam of Ebola threads?

At first there were maybe 1 or 2 per day, but now that number is way higher! It seems that now with word of ebola going viral, and the first man to be diagnosed with it in the US, the amount of reports in the media have sky rocketed.

So anyone else here bothered and or have something to say?


Yeah I will say LMFAO!