But, not impossible. What are you thoughts.


These interesting photos of a disc-shaped UFO were just reported to MUFON. They were allegedly taken in April 1962 in Albuquerque, New Mexico. Here’s the report from the submitter: My wife and I found these 5 incredible daytime disc polaroid photos in an old photo album belonging to her grandfather, who was a captain in the air force and was stationed in albuquerque NM from 1961-1965. the man seen in the picture pointing to the object is my wife’s grandfather. i scanned these photos in and blew them up and they are very compelling. If it was a hoax, it’s a good one.

Thanks to Member Murgatroid for finding the High Res 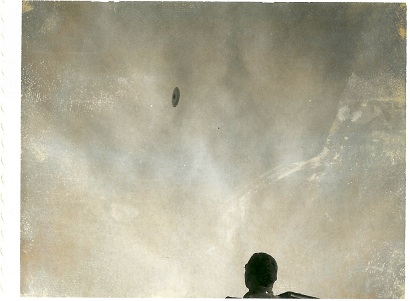 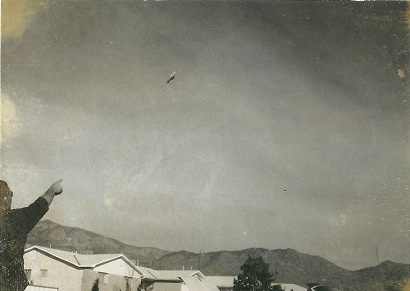 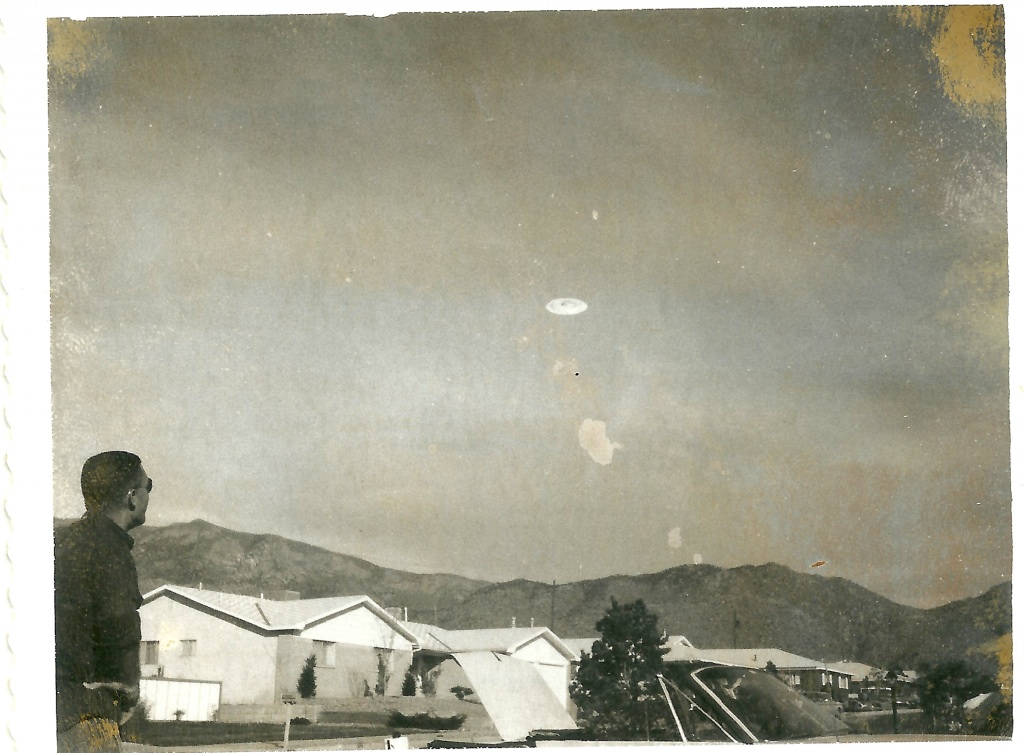 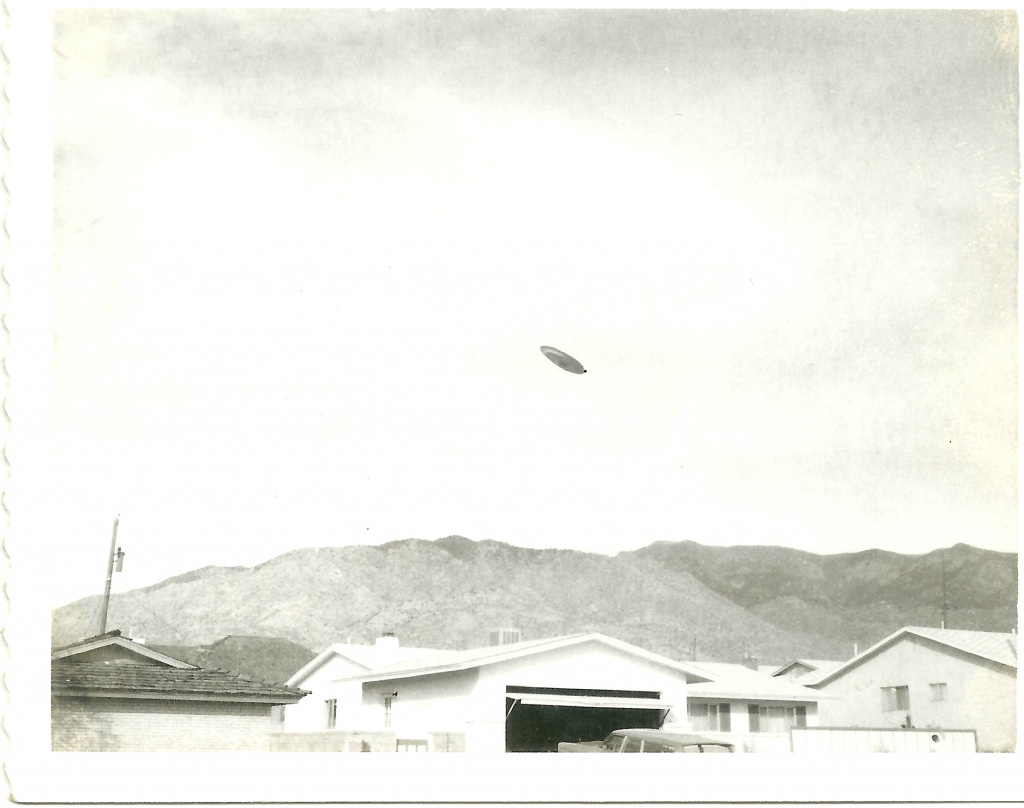 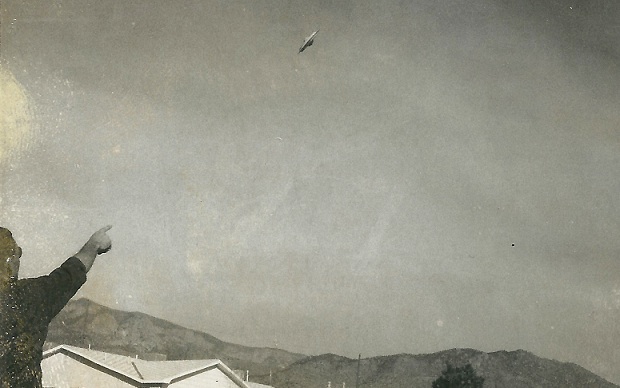 I took them off a UFO BLOG. Not sure if I should use the link.

I make no claims on these photos. It wasn't my Grandpa...

posted on Oct, 9 2014 @ 12:53 PM
link
It is just my opinion that pictures of discs in the air and at an angle have been thrown like a frisbee. The ones I like to look at closely would have some sort of self level system to go along with the anti-gravity.
edit on 9-10-2014 by QuietSpeech because: typo
edit on 9-10-2014 by QuietSpeech because: grammar

Personally I believe they are possibly real, but I think of terrestrial origin and probably built under a cold war black budget.
Which of course beg's the question, if they were flying and building object's like this in the early 60's then what are they capable of now, they just seem to look more primitive than many modern sighting's.
Of course I could be totally out of the ring here and they may be a hoax but why would a retired USAF officer keep them in his private photo collection unless there were of some meaning to him and how did he obtain them, this was the period of Blue Book and UFO flying saucer hysteria that gripped not only the state's but other country's around the world, though mainly the state's (which is another reason I think it as a possible US secret project).

The angle of flight being off plane is indicative also of a possible downward energy or thrust of some kind, maybe these early model's were flown like a helicopter by tilting the craft in the direction of heading, I wonder if these were based on nazi prototypes which themselves may have been based on genuine non human technology that crashed around 1560, if you look at his contemporary wood carving note the plumes of smoke and fire depicted on the ground beneath the battle indicative of possible crash site's and crash impact buriel's, the Nazi's had a very great interest in neurembourg and the nazi occultists practiced many of there rituals there too.
www.ufoevidence.org...
edit on 9-10-2014 by LABTECH767 because: (no reason given)

Why are pic 2 and pic 4 different times and the "UFO" is at the same angle? It appears as if something was thrown, I doubt something would fly at that angle...I know I am no UFO expert, but I wouldn't imagine anything flying at that angle. 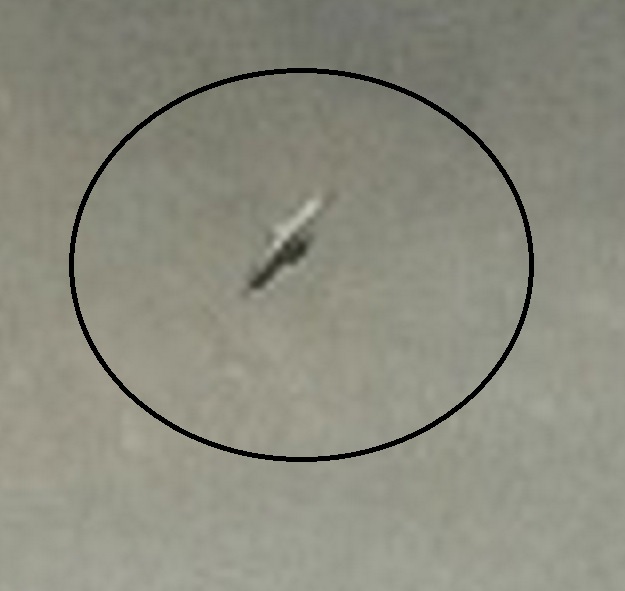 Why are pic 2 and pic 4 different times and the "UFO" is at the same angle? It appears as if something was thrown, I doubt something would fly at that angle...I know I am no UFO expert, but I wouldn't imagine anything flying at that angle.

I had a duplicate.

You should add a link/source to your quote and photos.
When I see these pictures I swear I can hear someone yell "pull".

You should add a link/source to your quote and photos.
When I see these pictures I swear I can hear someone yell "pull".


I added the link.

Didn't want to break any rules..

originally posted by: gortex
It looks to me like it's been added to the picture , there appears to my eyes to be a box around the UFO.


Not sticking around to look at this one too hard, but block based compression could easily cause that. Might be more noticeable if ATS is resizing it.

Not totally behind the idea that older photos were harder to fake. Less common and different methods but not necessarily harder. We've been compositing for a real long time. Chemical processing is actually a way to hide digital fakery now.

posted on Oct, 9 2014 @ 01:18 PM
link
a reply to: whyamIhere
Here's a second link. These are def making the rounds. A google search turned up plenty. Linky


originally posted by: Chrisfishenstein
a reply to: whyamIhere
Why are pic 2 and pic 4 different times and the "UFO" is at the same angle? It appears as if something was thrown, I doubt something would fly at that angle...I know I am no UFO expert, but I wouldn't imagine anything flying at that angle.

It didn't look like a 100% duplicate because in one pic more of the house and skyline show more than the other. Or when the photo was developed it was cropped differently than the other. Also, in one photo, everything is a bit out of focus and one is crisper. Maybe one picture was developed at a different time?
edit on 9-10-2014 by StoutBroux because: (no reason given)

Okay I see, it must be a dup because all five pics you listed, none are dup.

originally posted by: Murgatroid
If anyone is interested, the hi-res 1200 dpi originals are here

Wow, those are great thanks...