Researchers claim to have discovered particulate matter in the Earth's stratosphere that proves conclusively the existence of extraterrestrial life !

Just more evidence coming forward .
Heard the interview with Milton wainwright www.sheffield.ac.uk... on local radio today .
Very interesting interview I'll look up interview and upload but mainly what he says here was on it
edit on 9-10-2014 by Denoli because: (no reason given)

I've always been a fan of the alien 'seed' theory. 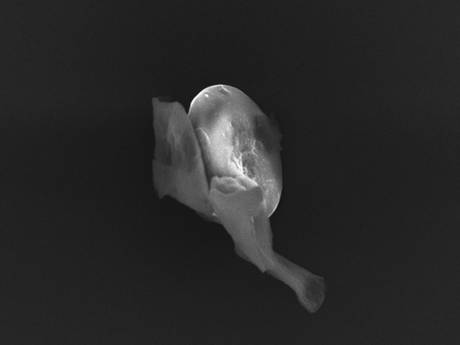 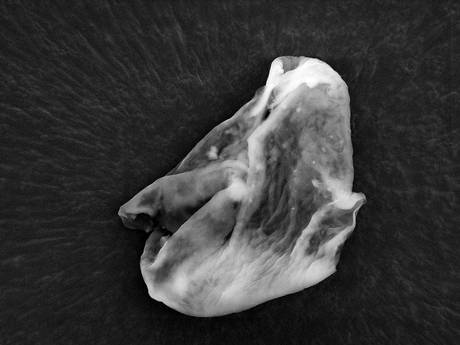 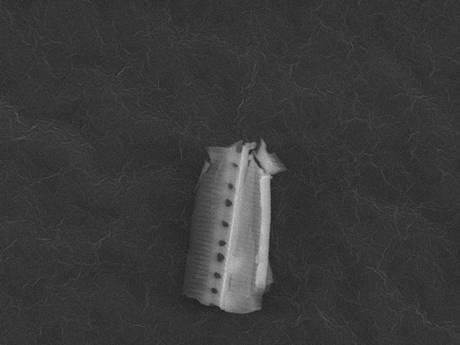 originally posted by: AnteBellum
a reply to: Denoli

It's discussed in the article, maybe you should read it...

Do you hear an airplane flying above?
That's the point I was trying to make going over your head!

posted on Oct, 9 2014 @ 06:54 AM
link
“This, plus the fact that some of the biological material samples by the team produce impact craters when they hit the sampler, confirms their space origin.”

On his interview he said the particles that his the sampler were imbedded which he says could only happen by very fast speed ,
Far greater than just floating around in the atmosphere .
Professor Milton Wainwright told The Independent that he was "95 per cent convinced" that the organisms did not originate from earth.
"By all known information that science has, we know that they must be coming in from space," he said. "There is no known mechanism by which these life forms can achieve that height. As far as we can tell from known physics, they must be incoming."


Not really , Milton Wainwright has a history for making these claims with no real evidence to back them up and as mentioned in the article the Journal of Cosmology isn't really a scientific publication.


Wainwright’s team which included Professor Chandra Wickramasinghe write: “While an Earth-bound origin for this diatom fragment may be invoked in order to meet criteria of parsimony or conservatism, we argue that since no major violent volcanic event or other atmospheric event occurred close to the time and place of sampling, the diatom fragment … must most plausibly have come from space – thus establishing consistency with theories of cometary panspermia.”
www.buckingham.ac.uk...

Yeah. I saw that too. Interesting find none the less. I'll be curious to see what other scientists have to say about it.


Not really , Milton Wainwright has a history for making these claims with no real evidence to back them up and as mentioned in the article the Journal of Cosmology has a suspect reputation.


All science is good science , if it gets proven right or wrong , it's still understanding !
I hope it gets proven to be true , but as long as things like this are getting studied it's good for all science .

Pretty cool if it can be replicated and shown to be legit with perhaps other methods which confirm the hypothesis a little more conclusively.

The only thing I thought was odd in their logic is that because the organisms were clean they used that as more evidence to suggest it came from space, an "aquatic environment" as they say, referring to a comet. But I don't know stratosphere physics, would something from space have more cosmic dust or less? Seems odd there as its not fully explained.

But, Interesting to say the least, especially with the claims from the ISS and the Russians.

Life from space makes a heck of a lot more sense than spontaneous life from a stinky pool of primordial goo. While they have found that amines form and pool together quite easily and quite often in the early conditions of the Earth, it is that jump to RNA/DNA that is so hard to wrap your head around and to replicate without giving it a cell to do so. The former they have done I believe.

One of the reasons this will need some major work to prove it is legit. This is incredible evidence. Earth shattering really. This to me is the same as ET coming down and shaking our hands, because if every planet in the universe is getting hit with building blocks of life, ready to mutate and evolve we are talking about a universe with more aliens than Star Trek and Star Wars combined.
edit on 9-10-2014 by boncho because: (no reason given)

After reading Gortexs post, I think I got ahead of myself. I didn't bother looking into the authors or the paper, or even go back to the source, which I usually do. Caveat Emptor.

Maybe just too excited I didn't want to know it might be BS. Well the post stands I guess, with a big "IF" it were true.
edit on 9-10-2014 by boncho because: (no reason given)

posted on Oct, 9 2014 @ 07:26 AM
link
Boncho I think this can't be that expensive for scientists to check out themselves to either rule out or to verify .

I think a lot more scientists will give this a shot and will maybe get some more collaboration on results to hail it or fail it .

Regardless of if the life originated on earth or elsewhere and rained down on the planet, life HAD to make the jump from RNA to DNA. Where else did DNA come from? Things don't just *poof* and appear whole like that in this universe. They usually start out less complex and proceed to more complex as time goes on due to the 4 forces at work all while fighting entropy. Another question, how did it get on the comet?

I also have some other questions, how do we know that this organism didn't evolve on this planet and evolve the ability to live in the stratosphere? I want to see that D amino acid versus L amino acid thing cleared up as well. So much to wait and see for. All interesting regardless of the outcome.
edit on 9-10-2014 by Krazysh0t because: (no reason given)

Yeah I think I know what you meant. It's like they were purposefully sent from elsewhere.


Except there's not much science here and plenty of supposition , here is the report published by the journal of cosmology
ISOLATION OF A DIATOM FRUSTULE FRAGMENT FROM THE LOWER STRATOSPHERE PDF

Slowly but surely the public is being given information that has been dismissed and/or suppressed by conventional science and religion. I think the bigger question is not IF life on Earth has been influenced by extraterrestrials' but WHY ??

For some reason "Something" GOOD is trying to help us learn how to live in harmony with each other and the Earth and what I perceive as the REASON we are here......


Except there's not much science here and plenty of supposition , here is the report.
ISOLATION OF A DIATOM FRUSTULE FRAGMENT FROM THE LOWER STRATOSPHERE PDF


Assumptions lead to a debate !
Then 2 sides try to prove or disprove the assumption .

posted on Oct, 9 2014 @ 07:47 AM
link
While I would love for this to be true, my first thought was, what if all they found is nothing more than fecal bacteria after the ISS emptied the crapper.


Assumptions lead to a debate !


Of course they do but when making claims of such a massive nature (proof of Panspermia) evidence not assumptions is required.
What we have here is an opinion regarding Panspermia from someone with close links to the Godfather of the theory Chandra Wickramasinghe who also happens to be in the team , this isn't science.

Wickramasinghe and Wainwright claimed the red rain n Kerala was extraterrestrial in origin but it was shown in tests to have been alga spores from lichen common in the area , assumptions lead to flawed hypotheses and incorrect conclusions.

Truly cool. It would be great to finally prove the existence of alien life - and the idea this organism came from a comet is intriguing. But why make the leap directly to "it exists therefor it's proof all life on earth was seeded from space"? ...Shouldn't Wainright et al prove definitely it's an alien organism first?