Media manipulation and disinformation is so commonplace I can't believe they had me not worrying for a bit. Why wouldn't they lie about this? They need time to mobilize for the final removal of all civil liberties. My own governor just signed a quarantine bill.

Like I said maybe I'm just paranoid but it's looking more and more every day like the "paranoid skeptics" are right. This is feeling like the end game.

originally posted by: boymonkey74
I just saw an interview with the guy who discovered ebola on the bbc and he was asked if it could cause a pandemic in the west and he said "no". 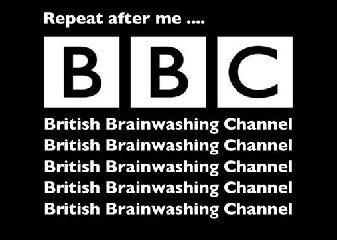 And how many will believe the voice of the beeb

This American Life from NPR released startling information about the Federal Reserve and Wall Street and no one really batted an eye.

Same in the UK as you pointed out in the USA.

I am not so sure he wasn't simply making a throw-away private comment. I have heard "we're screwed so many times ranging from having missed the bus/train to not having a certain ingredient when shopping for a meal - He laughed and were he actually frightened to the point of worrying about his family etc I do think his comment would have sounded different.

With Ebola its the huge death toll and small recovery toll that is worrying for me, but we don't know how the health was for the victims in West Africa and Liberia etc in the first place, so perhaps many would succumbe to any form of disease that breaks out there?

I do know that our hospitals are already challenged in the UK without importing some hideous disease like ebola and I do wonder whether, were this to break out en masse here, our doctors and nurses would not also flee the scene to try to protect their own families, which I don't think anyone could blame them for were some to flee under that particular scenario. I just hope it doesn't arrive but I do think country's should not let planes bring in possible sufferers who are infected and dangerous to uninfected countries.

If I had to pick a side right now I'd go with the fear and panic. I'm not actually frightened. I'm making no efforts to prepare because frankly I'm not designed to survive mass chaos. It's just too outside my expertise to know for sure. I vacillate (hope I used that right, my vocab has decayed since my teen years) between fear mongering and voice of reason. There's literally no way to know until after it happens. I do know for sure though. This ain't no bird flu or swine flu. I knew it from the start. Ebola isn't a great choice for true pandemic but it's great for fear. Americans know it from books like "the Hot Zone" and it's symptoms are paralytically terrifying. It's a great choice for fear and control and if it is used well, for depopulation. Just saying, even if it's not doomsday, this # is downright sketchy.

The link may be to Cracked, but they have several links backing themselves up showing how this is being blown way out of proportion.

Very very likely but at the end of the day the flu won't liquefy my organs or make me leak blood out of my eyes. My fear is based less on the actual disease itself but more on the sketchiness surrounding it. Sorry if I'm a little jumpy about really really odd things happening in places where there is almost no media and tons of US control. If this started in Norway I'd be laughing at those afraid.

More importantly I'm not actually afraid. Emotionally I've never been better. Intellectually I'm just worried in general. The last year or two has had more big events than any time I can remember since 9/11. Things are accelerating across the board. My whole dive into this area of thought started back with Crimea. Remember that? When Russia made its new bid for power resulting in the first annexation of any note in god knows how long.

It's all sketchy is my point so sorry if I don't believe facts based primarily on research done in Congo. Its never killed more than a village or two up to this outbreak. It's never left the Congo (Gabon is basically the Congo). Also if it's such a joke then how come so many Western doctors and reporters are getting it? Just saying, the provided facts should mean it's all good but I no longer trust provided facts as a given anymore. I trust that doctor who advocates for pot and he's worried

Get my drift? I'm not just watching Fox News and crying all day while hoarding latex gloves. Just being very reasonably skeptical

You know, I may be completely wrong. I've seen so many panics (Y2K, SARS, Swine Flu Etc) that were flashes in the pan that when I hear stuff like this I roll my eyes and find something else to read


Sorry if I'm a little jumpy about really really odd things happening in places where there is almost no media and tons of US control. If this started in Norway I'd be laughing at those afraid.

This is a really good point. It wouldn't surprise me if this was a genetically modified strain of it