Woman Barges Into Restaurant To Berate Patrons About Her ‘Little Girl,’ Who Is A Chicken

posted on Oct, 8 2014 @ 08:17 AM
link
I saw this earlier and am amazed that after a search it hasn't been posted. I found it to be quite funny. And at the same time she and her idiot cohorts really piss me off.

Yes, this woman and her fellow fanatics are serious. I just can't fathom the minds (or lack of) of these people. My sister was one, and still is to a degree. She damn near died trying to follow some fruitcakes nutritional requirements.

I'm OK if some one wants to be a veggan, but don't try to cram your CRAP ideas down my throat.

I think I'm going to make me a large rack of extremely hot "Snow" wings today. 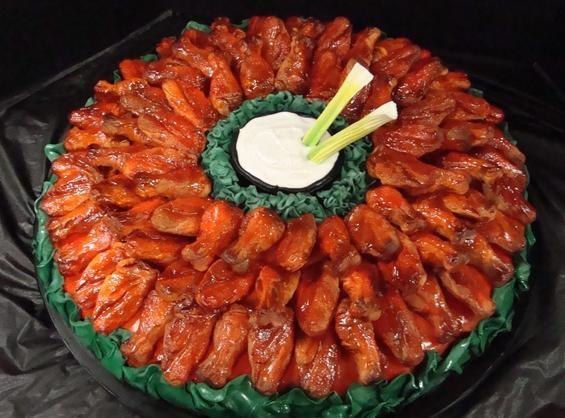 I'm pretty sure that if I was there, I would have loudly ordered two dozen "Hot "Snow" wings to go.

I don't know why, but something compels me to confront idiots like this.

Boo-Hoo-Hoo! Give me a break.

originally posted by: AugustusMasonicus
I wish I was the one who ate her chicken.
I hope she has a pig too.

I would tell that woman to calm down and to make a web site or produce flyers instead of assaulting people like this.
And of course she would focus her rage on me which I know would happen

And at that point I would start calling her profanities and threatening to call police, I would tell her what's wrong b***, you don't like your own tactics.


Thank you, I needed that laugh.
I haven't eaten any pork yet today, but I will make it a point to do that, as a 'meat toast' in honor of this militant vegetarian that made this thread possible.

She is associated with other idiots and they do have a website and YT channel.

They border on being insanely funny to normal people.

Or really good at pushing buttons...because I'm hungry for some food now. Beef, Bacon, Hot Wings...Bring it on!

posted on Oct, 8 2014 @ 08:52 AM
link
The most important thing here is... Can a chicken really have a determined look in their eyes?? I live in the boondocks, see chickens every day and I can't quite say that I have ever seen this particular phenomenon.

When will folks realize that not all people will self flagellate themselves over food? I'm fine if you don't want to eat meat. It just means there is more for the rest of us. BUT quit doing this kind of ridiculous shiite that only succeeds in making people think they let you out of Bedlam too damn early.

Comparing this to losing a child makes me want to really smack her. I've lost a child and I can tell you that it's nowhere near the kind of pain people feel when they see others eating a damned chicken sandwich. Stop the drama, get a grip, and GTFO with equating eating a chicken with losing your own flesh and blood.

I'm pissed now, and I'm going to end it there before I get a ban.

Maybe people would listen a little more if they didn't take everything thing to the nth degree and back again. If brains were gasoline this woman couldn't run a piss ant's go cart two laps around a cheerio. You won't catch me barging into her garden and screaming at her for eating all of the animal's food either.
edit on 10/8/2014 by Kangaruex4Ewe because: (no reason given)

originally posted by: Kangaruex4Ewe
If brains were gasoline this woman couldn't run a piss ant's go cart two laps around a cheerio.

I have heard that one in ages!

Why can't I be around when these type of idiotss go off their meds?

ha ha crazy people, this is what happens when you don't eat meat. I bet she likes roosters though.

I almost wish my life was easy enough that I had time for all that crap.

Thankfully, I have a real life, with real problems, and I feed my ability to deal with them by consuming animal corpses in a variety of flavours and seasonings.

What an airhead. JPL should study this lady. She evidently sucks more air through her skull than a scramjet. More Machs? Right here folks, come and get them while they are hot!

originally posted by: TrueBrit
...I feed my ability to deal with them by consuming animal corpses in a variety of flavours and seasonings.

If chickens did not want to be eaten they would not be so damn delicious.

There isn't a soapbox big enough for this woman.

I should barge into her home and lecture her about the many thousands of Quinoa plants that have died so she can enjoy her breakfast.

what a #ing idiot...my god....i think i would have beat the # out of her and all her cohorts and then just for the hell of it i would have tried cannablism but id be afraid id ingest some of their stupidity

someone should have thrown a chicken wing at her

How about Snow and gravy?

Yes, I'll think of snow every time I eat meat. And when I slaughter. And I'll laugh and laugh.
edit on 2014 10 by incoserv because: I could.

posted on Oct, 8 2014 @ 09:26 AM
link
I think this "chick" needs some meds. I'm surprised someone didn't call the police. She seems rather unstable to be wandering around by herself in public.

posted on Oct, 8 2014 @ 09:26 AM
link
a reply to: Thecakeisalie
especially with some of the new research that plants feel pain...i love that cause i wanna be like ...well # ...what do we eat now! haha...guess we better start doing our own photosynthesis

Fanatics of this ilk, of any kind of group think need a 72 hour psych hold in the local nut house!

OH!! The gasoline piss ant go cart saying? I laughed my ass off! First time I heard that one!

Nom, Nom, Nom..."Mmmmm, the violence is good today. Billy must be cooking."

I'm glad I could make you laugh this morning Seeker. It's funny because it's true and when you really dwell on it, it's not really as funny as it is sad.

posted on Oct, 8 2014 @ 09:35 AM
link
OMG I'm laughing at myself. When I first read the thread title I thought CHICKEN was being used as slang for, AFRAID.