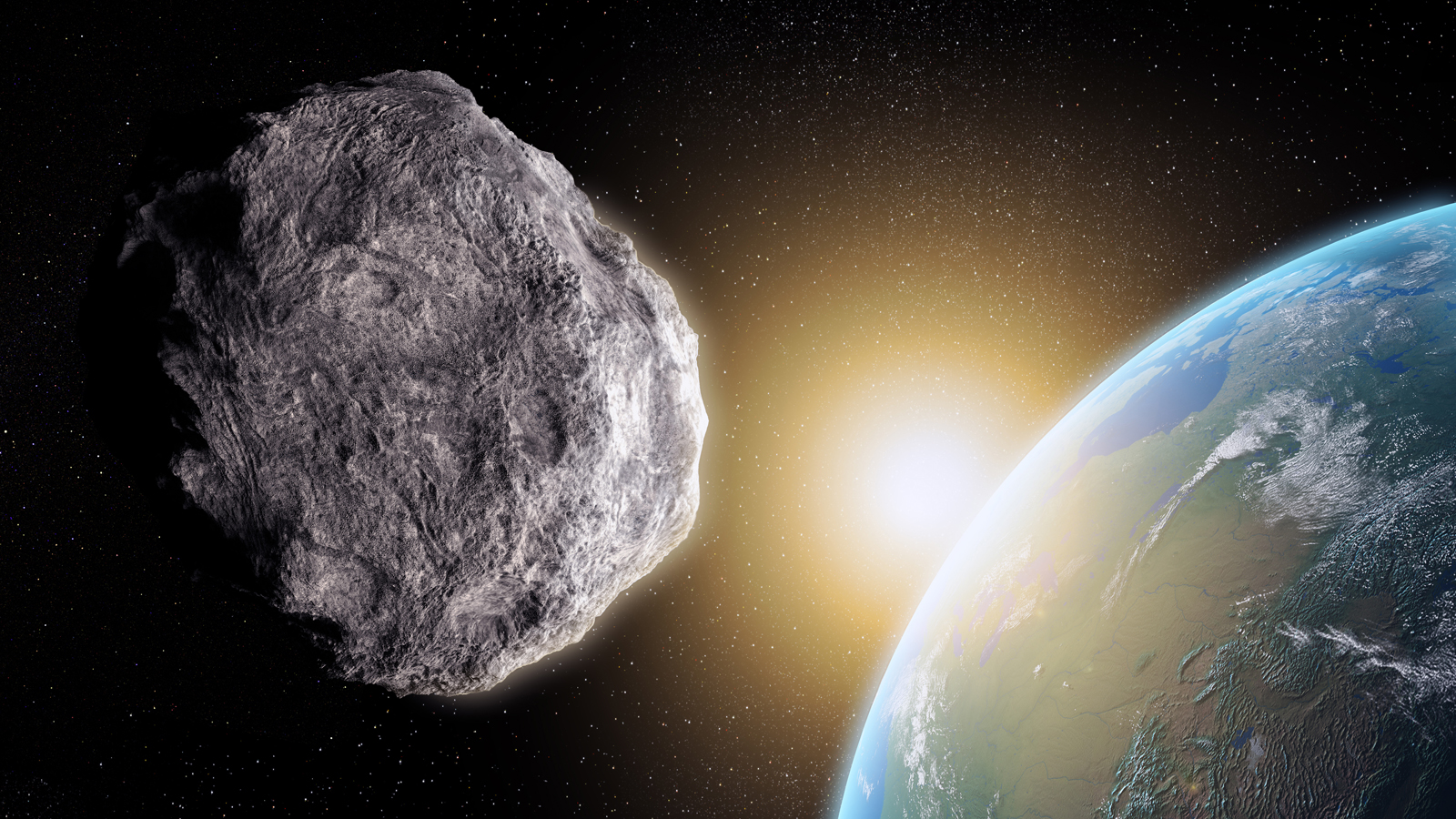 According to a Tuesday report in the Wall Street Journal (WSJ), the scheduled dismantling next year of some U.S. nuclear warhead components is being delayed in the event nuclear weapons are needed to divert a potentially dangerous asteroid hurtling toward Earth. The WSJ cited an April report by the Government Accountability Office as its source.

These nuclear components, which contain highly enriched uranium, will be retained “pending a senior-government evaluation of their use in planetary defense against earthbound asteroids,” the report said.


So this raises an old argument about whether a Nuke would make matters worse if in fact this scenario played out in our time. Would blowing an asteroid to pieces with a Nuke create a giant shotgun affect which would spray the Earth with both asteroid debris and irradiated material or nicely nudge it towards a path that would avoid collision?


This reminds me of something from a Hollywood movie.

originally posted by: stuthealien
i agree its a cover for the arms race that obama and the eu freaks have instigated against putin,,wake up america ....

Where did that come from?

posted on Oct, 3 2014 @ 06:48 AM
link
Yup.....a way around the limitations made by the nuclear arms reductions treaties. Russia will just say the same thing and everyone will be happy, except maybe the civilians of the world. They will have to upgrade the technology on these missiles to work more accurately. I bet the contractors supplying this service will be happy too.

Us, we should feel proud to have the opportunity to pay for it.
edit on 3-10-2014 by rickymouse because: (no reason given)

There was a time many discussed large comet tails and EA*RTH moving through them potentially...
Are we in a large debris field (some areas more debris then others)? not sure.
However if there was some type of way to make a weak antimatter bomb that explodes and dissolves the large celestial objects fallout maybe that would prevent a scenario like in the movie Armageddon. Is it possible to engineer a nuke to produce large amounts of antimatter that dissipates (weakens) after core and heavy asteroid/comet material is eliminated. Dissipates /weakens to prevent chain antimatter reaction from say encountering a planet/moon or even nearby STAR close to celestial objects proximity. Whatever the prevention plan is to stop incoming and fallout 1 wishes EA*RTH best of luck dealing with the situation that may be at hand...

Maybe send some Autonomous drones and autonomous drone maintenance devices out there to stay that home in on nearby celestial objects identified as threats and destroys them.

comes to mind the drone would be the triangle

originally posted by: DJW001
a reply to: SLAYER69

Well there was this story about the US revitalizing its aging nuclear arsenal. So if it's already in the public's eye and funds for 'Revitalizing aging Nukes' over a 30 year period have been earmarked why bother with a cover story?

US to spend $1 trillion to revitalize its aging nuclear arsenal: Report

The Obama administration has dedicated a “sprawling new plant” in Kansas City, Mo.--bigger than the Pentagon-- to modernize “the aging weapons that the United States can fire from missiles, bombers and submarines,” The New York Times reports.

a reply to: Ophiuchus 13
However if there was some type of way to make a weak antimatter bomb that explodes and dissolves the large celestial objects fallout maybe that would prevent a scenario like in the movie Armageddon

theres no need to have bruce willis use controlled demolition to destroy any Asteroids ,, everyone knows if ya just fly a commercial jetliner into it , the Asteroid will turn to dust ...

It's not a "cover story." The Pentagon used to be able to count on conservative congresspeople rubber stamping any appropriation they asked for. With the rise of "Tea Party" conservatism with its budget cutting and isolationism, the Pentagon now has to market to liberals: "Save the Earth, invest in nukes."

I'm not saying what you're implying isn't possible but again why bother when the money has already been set aside and in a very public manner?


It just leaves me with an impression of going for a quick kill of the story.

posted on Oct, 3 2014 @ 08:04 AM
link
a reply to: DJW001 ill be quick as i dont wont to derail the thread but a quick browse through these following links will bring you close to my reasoning ,and i see this as part of the same puzzle
link
link2
link3
yet another

Houston - North.Com that first nuke was a negative impact.

North.Com- Really?.... Ok so where, what happened Houston?

North.Com - So what do we do about the nuclear device Houston?

Houston- Well it's not like it's ever come'n back here! Now ready
the next missle!

posted on Oct, 3 2014 @ 08:20 AM
link
Once again we are creating nuclear waste, and the bombs that can only target populations centers.

I see they are no different from Terrorists, as a nuclear bomb kills indiscriminately

posted on Oct, 3 2014 @ 08:41 AM
link
They don't even need nukes, they use scalar and higher technologies and probably could decimate one by now. Why they play this game and pollute an poison everything is absolutely despicable.

originally posted by: Unity_99
They don't even need nukes, they use scalar and higher technologies and probably could decimate one by now. Why they play this game and pollute an poison everything is absolutely despicable.

Devils Advocate: Space is already Radioactive and any destructive impact from our meager *comparatively speaking* Nuclear weaponry in space would pale in significance compared with what the Cosmos already unleashes on itself.

I'm just waiting for the "Save The Asteroid" crowd to chime in.

Not every Asteroid is a threat to 'Murika.....

The Asteroid is part of the Axis of EEEEEEEvil and is the headquarters of ISIS (InterSteller Irregular Spheroid).

posted on Oct, 3 2014 @ 12:57 PM
link
I've been saying they've been planning this for a while. To me it was obvious when considering the mass and dimensions of the copper impactor slug used during the Deep Impact mission years ago. It all too uncannily matched up very closely with those attributes of one of the more common warheads in the stockpile. To me, that experiment pretty much looked like a dry run with an inert payload to prove they could physically hit an comet or asteroid dead-center with a nuke. (Same weight, same size, I'd guess it fits in the same packaging - likely with no modification, same rocket. Duh!)

Somewhere or other, I wouldn't be surprised if all the parts are kept somewhere ready to go if needed. Most likely Vandenburg or White Sands, since they'll have the most consistent weather for launch.

Anyhow it's an option, and it's probably only good in some cases. It may not be any good for an asteroid that could destroy a large continental area, however it could be effective against an asteroid that would destroy a city or have a regional level of devestation. You have to consider whether the fragments when fragmented would be dispersed enough to be completely burnt up in the atmosphere. Other than that, it would give more of an impulse on an earlier intercept than what rockets could provide if you're just looking to nudge the asteroid.

Yes it sounds crazy, but vs. having a major city leveled - I think taking a pot shot at a space rock with a nuke may not be the worst idea if there's reasonable odds it could help.