Mother claims that her 2 month old baby transformed into a full grown man in seconds!

Splashed across the front page of the Daily Observer, published in Liberia, is the story of tiny Smith Freeman who turned into a not-so-little man in front of his mother's eyes and ran into the bush.

Reporter Marcus Malayea wrote that residents in a district of central Bong County were in "unbelievable shock" when the news broke. No kidding.

According to the child's mother, 16-year-old Lorpu Kollie, she was on her way to a farm on Tuesday when her baby repeatedly asked her to put him down.

When she did, Smith grew into a man and ran away.

“This was my first time seeing a two-month-old baby talking so clearly like a five year old child,” Lopu told the newspaper.

She added that Smith "did not have any scar or deformity on his body that could convince community dwellers that the baby was somehow belonging to the dark world".

The baby's father, Watson Freeman told the Daily Observer the mysterious disappearance of his son was “incredible and mind-blowing”, while Smith's grandfather, Jerome Kowan, claimed the vanishing "is the handiwork of the dark world".

I think that it's absolutely ridiculous that this story was actually published in Liberia's 'Daily Observer, link here Obviously something has happened this poor child and instead of an investigation on the mother and family the national newspaper prints this nonsense!

sheesh! well thought I would share it here anyway

originally posted by: Lady_Tuatha
Obviously something has happened this poor child and instead of an investigation on the mother and family the national newspaper prints this nonsense!

Not too shocking, have you seen some of the trash pushed by FOX, CNN, PressTV and RT?

I hope the child is ok, but somehow this cock and bull story doesn't give me good vibes as to the welfare of the child.

That is f'ed up... I wonder what really happened.... I am surprised people still get fooled by that stuff.

Perhaps the baby died and she could not bear to tell anybody and came out with the story.

The Doctor says it best:

posted on Sep, 29 2014 @ 09:50 AM
link
Story sounds like that of a typical 16 year old imagination that is trying to block out something terrible that she probably did to that child....or the father did and she is covering for him. This is a fantasy that a 16 year old mind would come up with. Seriously....she wants people to believe he grew up in seconds right in front of her....she probably didn't want the responsibility anymore and dumped it somewhere then came up with this crazy story....

BUT, imagine if something like that truly did happen... you know the reactions you would get if you told anyone (like here). I think it would really suck and always wonder (in the far back, dark, recesses of my mind) what if?? When I hear these stories.

What if?? You would receive no support, and would live out the rest of your days knowing that the entire world felt like you murdered your child because the true story was too far out there to believe.

Hopefully my life will remain pretty mundane and I'll never have to worry about "what if" myself.

originally posted by: Vasa Croe
Story sounds like that of a typical 16 year old imagination that is trying to block out something terrible that she probably did to that child....or the father did and she is covering for him. This is a fantasy that a 16 year old mind would come up with. Seriously....she wants people to believe he grew up in seconds right in front of her....she probably didn't want the responsibility anymore and dumped it somewhere then came up with this crazy story....


Probably accurate; panicked 16 yr old with a newborn doesn't know how to respond - yields something super elaborate so nobody questions it, and if they were to question it - where do you start? Looking for the body?

My question to all of you; as absolutely absurd as it is... Is: What ... What if she's telling the truth? What if that's what she really saw?

I like to play devils advocate ( as some of you may have noticed ) for the sake of an even conversation more often than not - but on that note... What if it was 'Damion' ( if you will ) rising again to bring about the end?

Meh... Too much Supernatural on Netflix? But hey - if You can't prove it, do you really know?

Any rate - the story does sound a little bogus; I'd just love to meet this supposed superhuman and see what he has to say. 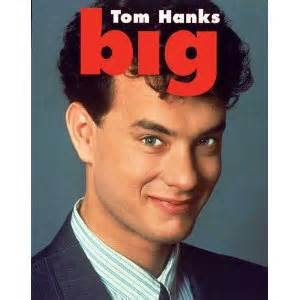 The baby dying is too vague and implies that the death may have been an accident. Methinks foul play is behind this. The game is afoot!
edit on 29-9-2014 by Krazysh0t because: (no reason given)

She told the Daily Observer that as they approached the crossroad, the child repeated his call on the mother to untie her lappa and put him down. As soon as she put the baby down, she continued, the two-month-old boy instantaneously began to grow into a full grown man!
Lorpu Kollie narrated that the child informed her that he (the child) was on his way back home since his grandmother, Lorpu Kollie’s mother, was in the constant practice of raining insult at him. He even threatened bring incense and garlic into the home.
“This was my first time seeing a two-month-old baby talking so clearly like a five year old child,” Lopu Kollie explained through a mobile phone interview with our reporter.
She told the Daily Observer the baby who grew into man immediately took away her lappa and made his way with it into the bush.
The 16-year-old mother intoned that she had earlier had dreams of her son where they both went into a town and entered a house without doors but they leaned on the house and found their way in as instructed by her son, Smith Freeman.
She explained that in the dream, her son was the one serving guests with the food and her son emphatically warned her not to dare telling the dream to anyone. But according to her, she revealed the dream to her mother, Gormah Kollie.
Lorpu Kollie was swift to tell this newspaper that Smith Freeman did not have any scar or deformity on his body that could convince community dwellers that the baby was somehow belonging to the dark world.
“The boy told me that he was going back home because my mother had threatened to bring incense into the house. He said the grandmother told him she had the power to drive away any witch craft, Lorpu Kollie told this reporter.


Meanwhile, traditional leaders in the area have commenced a traditional investigation into the situation and advised people who made farms in the direction to which the baby escaped to stay away for a couple of days and observe.

The girl claims her fully grown son said he didn't like his grandmother, now that really sounds like something a young girl would say, although I have no experience in paranormal matters it just sounds 'petty' and made up.
and wtf? leaders said to stay away and observe?

posted on Sep, 29 2014 @ 10:15 AM
link
These are exactly the sort of people we want working in our nursing homes and hospitals, aren't they?

I mean, what could possibly go wrong?

What do you mean??

Are you saying that the future of everyone born after 1998 is limited, and can't possibly have a job in a hospital, just because one girl somewhere in Liberia was 16-years old and made up a story?

I call it prejudice...

posted on Sep, 29 2014 @ 10:30 AM
link
Reminds me of the story about the family that tried to sue a Resort after claiming that their teen daughter got pregnant after swimming in the pool.

Could be, in some areas of the world, is not investigating when it comes to death of children, if it was foul play unless the body is found is nothing really to be done.

The people are rule by tribal believes, so if the elders said that its true that all we need to know.

Someone should ask the mother what happened to her son's clothes. I'm sure he didn't still fit into whatever he as wearing once fully grown. There should be torn and shredded clothes as evidence.

African beliefs in magic and shamanism and all kinds of other paranormal events are completely opposite from the western worlds. If a 16 year old mother in the US told the cops this bs story, her and her baby daddy would be going to jail. If an African baby magically transforms in to a full grown adult male and runs off all by himself, that's something that would be more accepted as possible in Liberia.
edit on 29-9-2014 by Jennyfrenzy because: (no reason given)

posted on Sep, 29 2014 @ 11:53 AM
link
I wonder if there was not some foul play involved,as in she or the father murdered the child,incomprehensible to me,but we all hear of parents who kill their child(ren)-sadly it happens all the time.Or maybe one of them accidentally dropped him/some unfortunate accident occured,and they were too afraid to report it,lest they are accused of something more nefarious.On the other hand,Africa is a mysterious place,where many strange things have happened,inexplicable sights have been seen.This is perhaps just a bridge too far for me,personally,though-and i have had some mighty strange experiences in my life.a reply to: Kangaruex4Ewe

posted on Sep, 29 2014 @ 12:32 PM
link
With my views on the true nature of the human condition i believe that both answers could apply. Perhaps the mother when saying she put down the baby means she killed him by request and what she seen leave was the spirit leave and wonder off into the dark world. This could all be linked with a specific diet.