posted on Sep, 29 2014 @ 07:36 AM
link
ISRO is releasing pictures from the Mars Orbiter , i will keep updating the pictures here as they release more 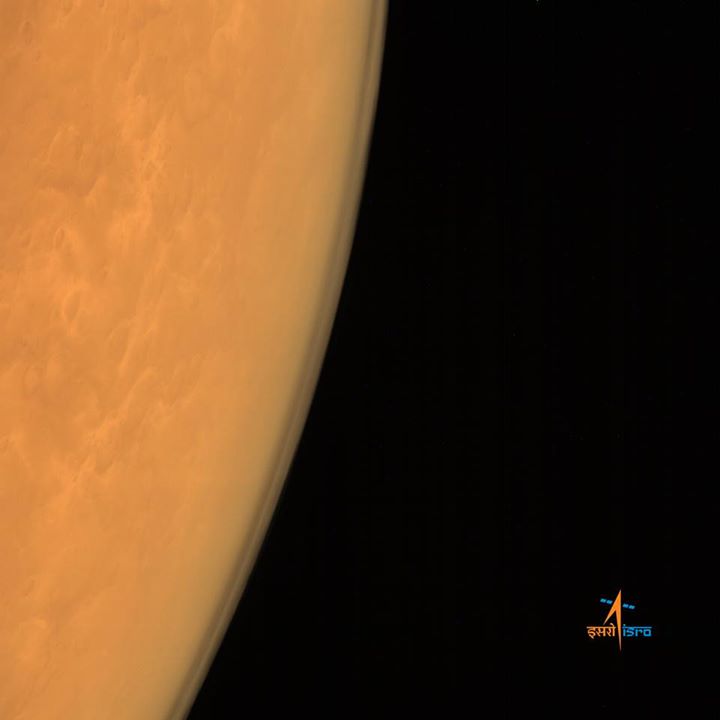 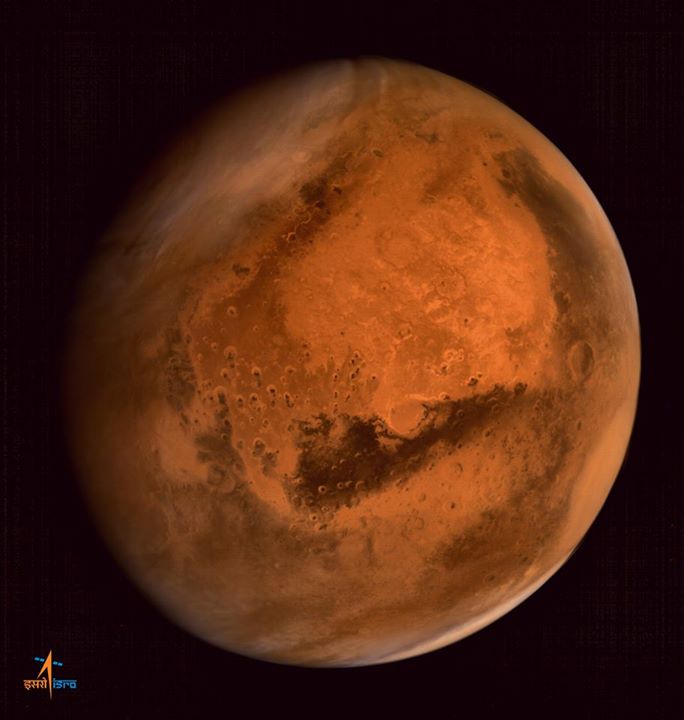 The image was taken from an altitude of 74500 km from the surface of Mars
The above pic is amazing , notice the huge sandstorm and the polar ice caps of mars seem to be bigger than i initially thought

Nice image. I hope the sandstorm(s) keep well away from the two operating Rovers.

For those who don't know about India's Mars Orbital Mission, or want to learn more, or just habitually click on links, here is the mission's Wikipedia page: en.wikipedia.org... 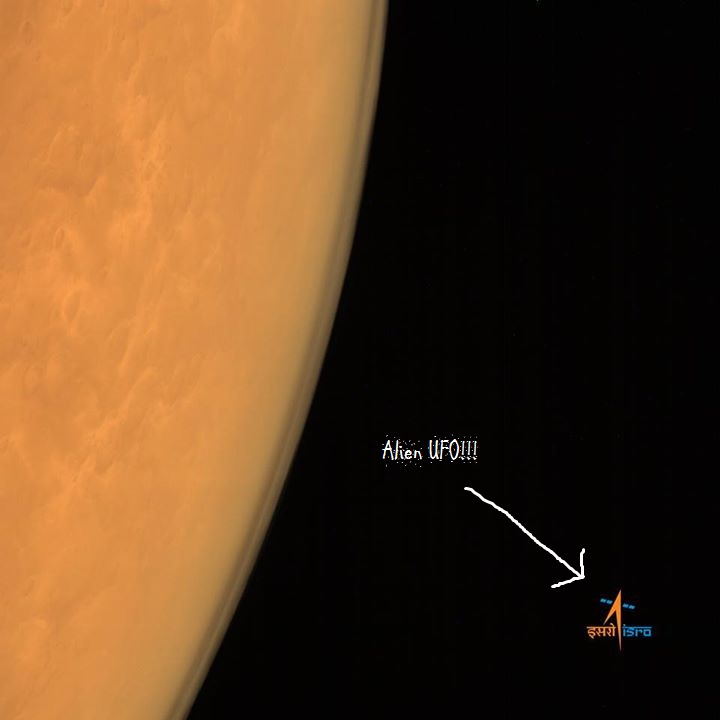 Isn't it 'curious' how now India are using the "Vector" logo? (as highlighted in the post above) the same as every space agency throughout the world??..even so called sworn enemies (well that is the front for the big game) hmmm...there was a thread on here about this (a short one..no thanks to the shills) anyway despite the debunking attempts, a member concluded that this logo is the symbol of Enki..i have to agree with that and my research echoes that sentiment...even star trek are flaunting the same logo..this stuff is deep..
edit on 29-9-2014 by Buddyman because: (no reason given)

posted on Sep, 29 2014 @ 08:57 AM
link
Thanks Mom! Nice to see pictures from your trip. I hope you're having a wonderful time. We all send our love and hope everything goes well.

originally posted by: DJW001
a reply to: Buddyman

maybe a nice picture of our reptilian overlords?

i jest of course


Cool.. there are visible stars in the first picture 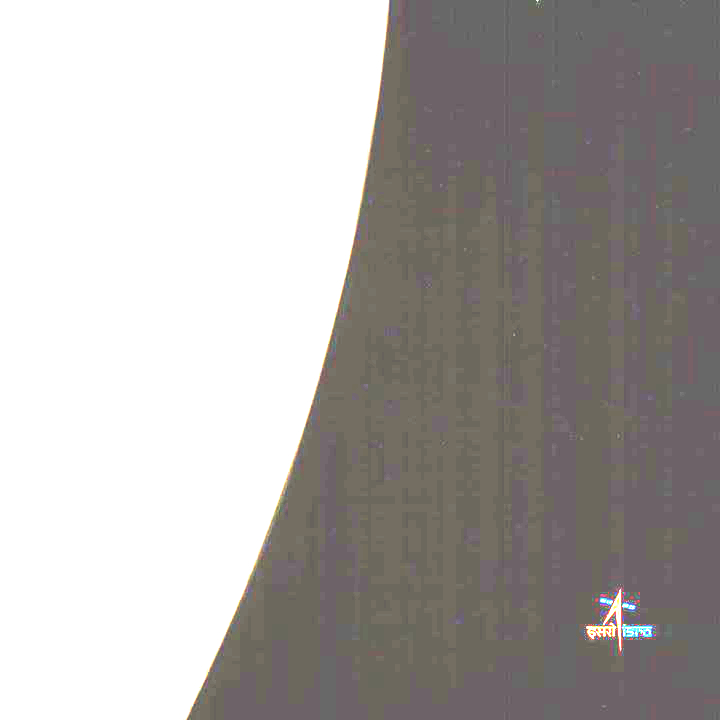 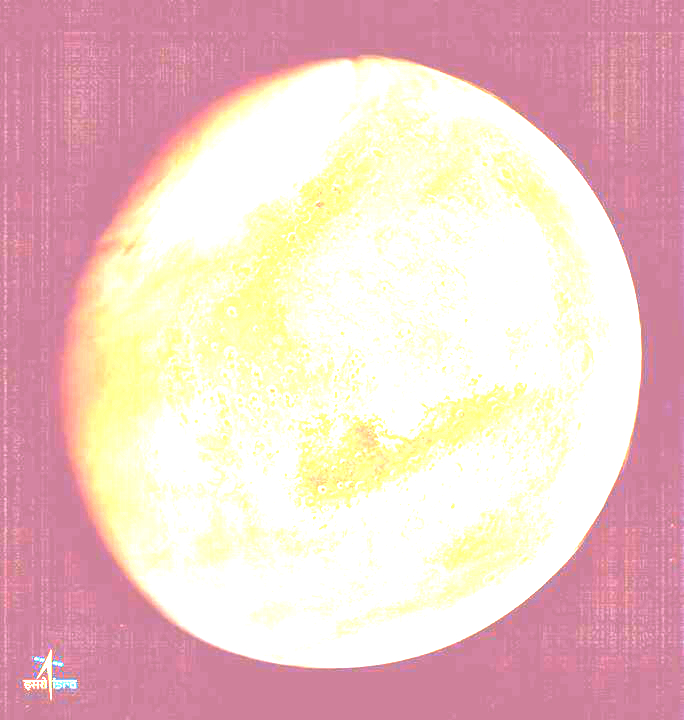 posted on Sep, 29 2014 @ 02:55 PM
link
Wow those are amazing pictures, I didn't think MOM had that nice of a camera on board. Guess I need to read up on her specs tonight. Can't wait to see more pictures.

I suspect those might be flaws in the digital image, not stars. I have been unable to find out anything about the "Mars Colour Camera" beyond it being "tri-colour." It may be of the type used in consumer technology, so perhaps at last people will be able to see what Mars "really looks like." (Although it almost certainly would not look like that if you were there in person.) 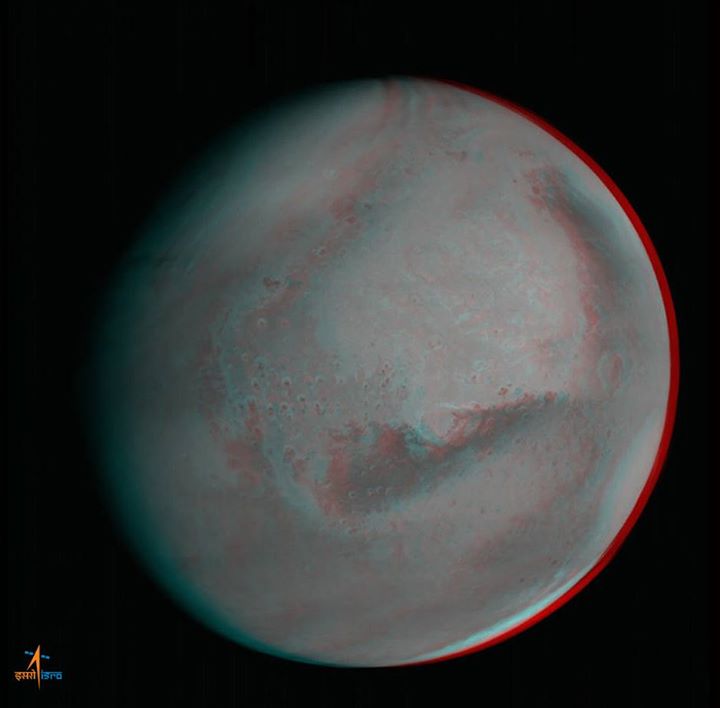 Just so you know, an alien space craft has already been sighted in the new mars photos:

Yup they are back! 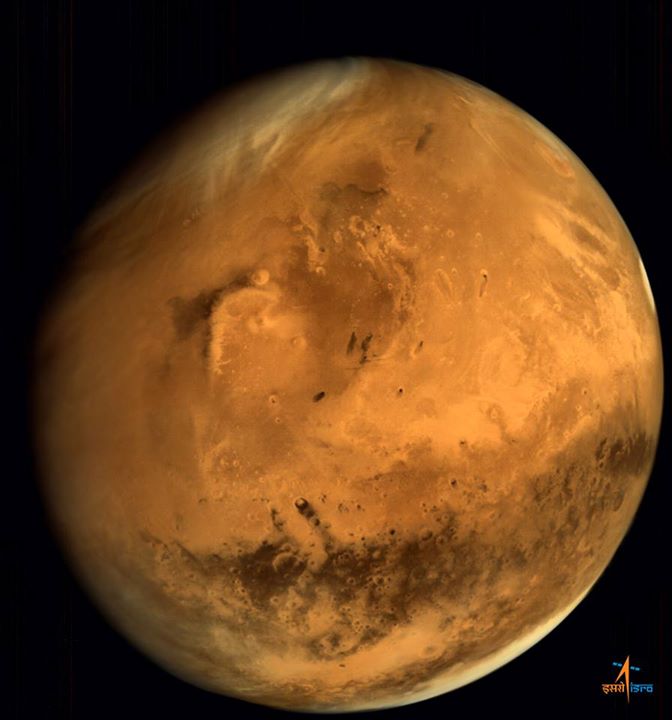