Kim Jong-Un: A dictator raising the living standards of his citizens. A look at his role in the DPRK

Kim Jong-Un, the leader of the Democratic People's Republic of Korea, commonly known as North Korea, has been criticised by many for human rights abuses under his leadership. Indeed, the UN has issued a report condemning Kim Jong-Un and his government for allowing arbitrary detention, torture and starvation, among many other crimes. And while i agree that he should be convicted of these crimes, providing evidence and law allows, there is a question i think should be asked before Kim Jong-Un is rightly held accountable. This question is the following:

Is Kim Jong-Un actually content in allowing his people to suffer, or is he actually trying to improve the living conditions of his citizens?

There is no doubt that the living conditions of the North Korean populace are bad. Extreme crimes are still committed under Kim Jong-Un, and some sectors have even been tightened under his government. Defectors are still tortured and criminals (along with their families) are still sent to labour camps. Obviously, the aforementioned are severe crimes, but in lodging the allegations against Kim Jong-Un, it seems as if many are forgetting one important factor. That Kim Jong-Un was thrust into a leadership position no more than three years ago, and has had to wrestle for sole control of the country ever since. He has had to purge veteran military officers, of whom were seen to be the real string pullers. He has had to demote staff in his father's (and his own) inner circle, to ensure that there was no chance of a power struggle.

All this begs the question: how would Kim Jong-Un change the path of his country in a system so dramatically entrenched in North Korean cultural norms? The answer is that he wouldn't be able to mount any possible change without first gaining total control and purging the existing power structure of which ruled over his father. Indeed, this would mean that human rights abuses would still occur well after his induction as North Korean leader, but it would also mean that such abuses would still have to occur even if Kim Jong-Un wanted to mount change, as he would have to eradicate the complete power structure and cultural norms of North Korea's government.

This brings us to the prospect of change. Have the living standards of North Koreans increased under Kim Jong-Un's sudden and unexpected rise to power? Well yes they have, actually.

While human rights abuses are still prevalent in the DPRK, living standards under Kim Jong-Un have actually improved, according to The Diplomat, which states that:

Although accurate numbers are hard to come by, Chen Xiaohe, an expert on North Korea from Renmin University in China, estimates that GDP has grown since 2011 at between 1.7 and 2 percent. “This is a small economic improvement, but if we compare it with his father Kim Jong-il, the economy is today more stable and there is some economic development,” he says.

The Diplomat goes on to state that:

On the streets of Pyongyang, the minor “adjustments” – North Korean politicians don’t like the word “reform” because they consider it too daring – are easy to spot. The last few years have seen a host of cranes and building activity. The Ryugyong Hotel, which started construction in 1987 and wasn’t finished until 2011, now stands as a modern landmark in the capital. “Kim Jong-un has been spending a lot of money. They’ve been building a lot in Pyongyang and also along the border with China, where you’ll see new roads, some houses and new statues,” says Catchart, who has serious doubts about how long they can keep with the construction boom.

The economic growth has allowed for improved living conditions for most North Koreans, especially for those at the top. Kim Jong-un has gotten rid of his father’s austerity policy and Pyongyang has seen an increase in the number of privately run restaurants, luxury stores, and cellphones users. Four years ago it was difficult to spot a car in the North Korean capital, but today there are small traffic jams during rush hour.

Indeed, it would also seem as if parts of the cultural norm have also shifted with Kim Jong-Un's rule:

The youthfulness of Kim Jong-un has proven to be more relevant, at least according to North Korean standards, in the promotion of a more modern and liberal society. Women, especially in Pyongyang, are wearing shorter skirts and higher high-heels, similar to those worn by North Korean girl-group Moranbong Band – and approved personally by the new president. At the bottom of Mansu Hill, where North Koreans start to queue up to pay tribute to Kim Il-sung and Kim Jong-il, today it is not difficult to find elegant women with short hair styles that wouldn’t be out of place in New York, London or Tokyo.

The Telegraph states that some changes under Kim Jong-Un include:

Long reliant on China to survive economically, Mr Kim gave hints in his early days in power that he would try to introduce similar liberalisation measures that have helped turn China into an economic powerhouse. International trade was initially impacted by United Nations sanctions imposed after missile and nuclear tests, but that appears to have recovered in recent months. Mr Jang was spearheading the drive in a new economic direction and had built close economic ties with China before he fell foul of the North Korean military. Mr Kim's future economic policies are likely to be heavily influenced by what is in the military's best interests.

Projects for the people:

Previous generations of the Kim dynasty simply did not care very much about the well-being or happiness of the people; money went to the armed forces, under the "military-first" policy, or was spent on luxuries for the elite in society. Apparently influenced by the years he spent at a private school in Switzerland, Mr Kim has apparently decided to spend some of the nation's cash on projects to keep the people happy. Or at least the privileged few who are loyal to the regime and permitted to live in Pyongyang. A brightly coloured water park has opened in the capital, residential districts have been spruced up and new hospitals, schools and gyms constructed. The massive May Day Stadium is being renovated, a riding club with 60 horses has been constructed in Pyongyang and – in the most ambitious project – thousands of "soldier-workers" are labouring to build the Masik Pass Skiing Ground over more than 68 miles of mountainside, complete with cable cars, a hotel, equipment stores, restaurants and a heliport.

While the above changes are quite minor, they are positive alterations nonetheless. They show that Kim Jong-Un has been willing to engage in projects and methods of raising the living standards of his citizens. Indeed, such projects do not make up for the countless human rights abuses of the North Korean state, but they do show hope in that Kim Jong-Un may continue to engage such projects providing his leadership remains stable.

*** The questions posed are only hypothetical in nature, and do not serve to diminish any of the crimes labelled against the North Korean state and Kim Jong-Un. ***


(post by xuenchen removed for political trolling and baiting)
tridentblue

Good story. Prosperity, economic progress and peace like to come together in a package. The giant military of North Korea lives off of threats from Western powers, to justify its existence. In these relatively calm periods, it wouldn't surprise that Kim Jong-Un has to face up to the economic conditions living on a military state of high alert creates. This means talking to friend China, this means conversations about the reforms of Deng Xiaoping, and the possibility of starting them in their own way. And this eventually means reform to a better way.

originally posted by: xuenchen
They don't call it the Democratic People's Republic of Korea for nothing.

I wonder how much gas costs there?

I doubt there is much or any private ownership of cars. The whole communist thing, maybe you can own a bike, or they could be the peoples bikes...I don't know


BTW there was a news report that our fearless leader hasn't been seen in public for weeks....hmmm

Kim Jong Un is so ronery like his father:

posted on Sep, 27 2014 @ 10:28 AM
link
I think Kim Jong Un is just another party animal. The only reason he built a riding club and ski resort is to indulge himself and have a little companionship. His life is just a game, and only a select few benefit from his extravagant construction efforts.

posted on Sep, 27 2014 @ 05:23 PM
link
If he truly wanted to improve the situation of the people, why is he focusing on building luxury and pleasure items? Why not focus on building factories or something that can actually make a profit and do something to economically benefit the country? And why are these things only occurring in the capital city, which is really the only city in the country that could be called "modern," but that might be too strong of a term. 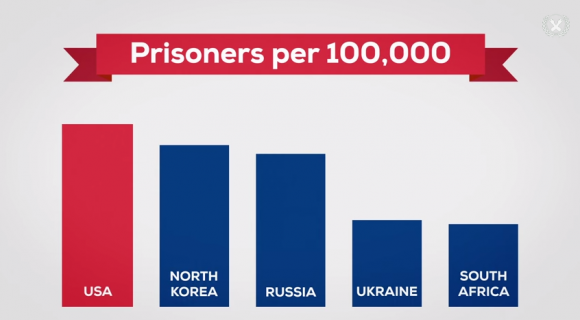 That isn't correct there,NOT to mention the NORKs don't talk.