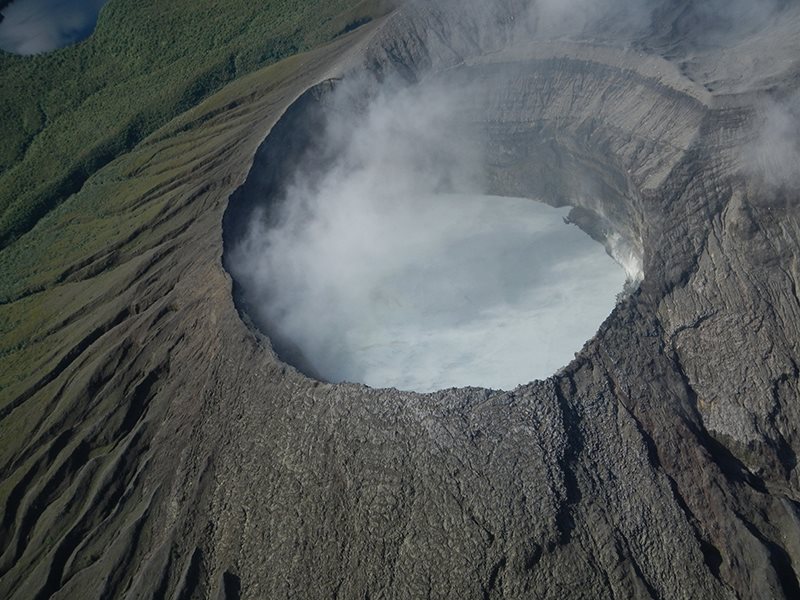 Costa Rica’s Volcanological and Seismological Observatory (OVSICORI) has registered since last Wednesday several seismic signals consistent with phreatic eruptions in the Rincón de la Vieja Volcano, in the northwestern province of Guanacaste. This is the first time the volcano has registered a high level of activity since 2012.

A phreatic eruption is caused when magma flows beneath a volcano’s crater and heats the crater lake. High temperatures instantly evaporate liquid in the crater lake creating an explosion of steam, rocks and ash. Phreatic explosions are regular occurrences in active volcanoes, including Rincón de la Vieja and the Central Valley’s Poás Volcano, where several phreatic explosions occurred last month.

OVSICORI recorded the first explosion on Sept. 17 at 12:37 p.m. At least five explosions have occurred since then. Each was recorded at OVSICORI’s seismic station located 5 kilometers south of the volcano. Residents reported hearing the volcano rumble and seeing ash spew from its crater.

In an aerial survey of the crater on Saturday, scientists registered higher-than-normal temperatures in the lake, but did not observe any debris.
...

Another volcano which has been having an increased activity due to magma moving under the volcano.