OMG OMG! He wasn't wearing a tan suit was he?

Metallicus
+7 more
posted on Sep, 23 2014 @ 06:03 PM
link
Obama hates America and especially our military. How is his disrespect surprising? Also, he is wasting time on a climate change summit while the world is at war and our economy is in shambles.

He wouldn't want to be accused of not doing the least he can do.
edit on 2014/9/23 by Metallicus because: eta

must be a Timmies,,


yes it was not correct.

On behalf of decent citizens everywhere I apologize to the Marines. 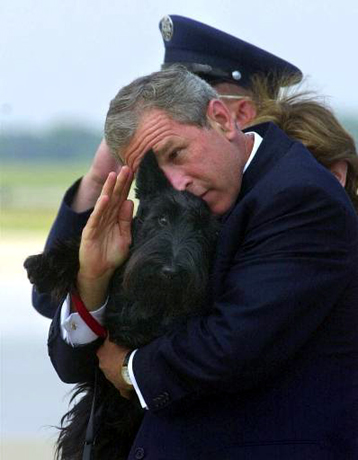 Carey Winfrey, the retired editor of Smithsonian Magazine and a former Marine, wrote an outstanding article for the New York Times about the presidential salute. In it, he asserts, “when it comes to salutes (and one or two other matters), presidents deserved to be cut some slack.”

It's not the first time and I'm sure it won't be the last. I doubt the Marines were offended, just another chance for a story...

Fumbling and bumbling as usual.

It's been over 6 years... We should all be used to it by now. Old dog, new tricks, and what have you. I hope nobody is looking forward to an improvement before he's out of office. If you are... A man in Nigeria wants to talk to you about cashing out a small lottery ticket for him, for mucho net gain.

a. Either he is just oblivious to what he is doing, which is not a desirable trait in a President.

b. He doesn't care, which shows he has no respect for his office as President or his station as Commander in Chief or the Service Members he is supposed to be leading.

Not sure which is worse.

And I'm an active duty Marine. But nope, no outrage.

a reply to: Elton

Was too busy fighting his pointless wars to notice that one. But Bush was an idiot anyway, not surprised.
edit on 23-9-2014 by watchitburn because: (no reason given)

This must be how the salute they troops in Obama's home country of Kenya!
edit on 9/23/2014 by muse7 because: (no reason given)

At least Bush made an effort to do it right. He was holding a dog, which sometimes takes two arms versus a coffee cup, which takes one. Why didn't the wiener change the coffee cup to his other hand?

How would I know why anyone but myself does anything...?

Anyway civilian bungles salute is not new and will happen again I am sure.

posted on Sep, 23 2014 @ 06:13 PM
link
a reply to: Spruce
I think he should have balanced the cup on top of his head in order to properly salute the troops

This site gets worse every day.

The man probably didn't get a wink of sleep last night !

Excuse him for making a bad error.....

you people are relentless and it's bordering on repulsive.

FlyersFan
+2 more
posted on Sep, 23 2014 @ 06:23 PM
link
If I had pulled a lame 'salute' like that when I was in the Army, I would have gotten nailed by which ever officer I had just insulted. There is no excuse for the Commander in Chief to be poorly saluting like that (and that goes for the picture of Bush43 and his dog as well). They need to follow military rules .... otherwise, turn in your 'Commander and Chief' title. Severe disrespect - something the civilians who are defending this don't understand.
edit on 9/23/2014 by FlyersFan because: (no reason given)

The President isn't even required to return the salute, at least according to the article sourced in this thread.

While Obama's salute may be poor form, his mind is probably running a million miles an hour. He's got so much # to do and think about, that for him to only have a slight slip up such as this is to be expected every now and then.

Some may think it disrespectful, but at least he tried to return the favour.

There's a lot of things to 'hate on' this guy for. Don't fall for distraction.

If he had ever served, he would have known. When your hands are occupied ... you don't salute. It's that simple. So, go ahead now, tell me how his left hand wasn't occupied and he should have transferred the coffee cup.

the community organizer by trade is very keen on other people...it is no slip up....
by the WH occupier who probably is on-the-job actively for under 40 hours per week...

up at the crack-of-noon, because security briefings are interfering with REM time ~ source: the rumor mill

So, just where is he returning from, a Camp David extended relaxation adventure following his last 2 week vacation