(CNN) -- In swaths of Syria now controlled by ISIS, children can no longer study math or social studies. Sports are out of the question. And students will be banned from learning about elections and democracy.
Instead, they'll be subjected to the teachings of the radical Islamist group. And any teacher who dares to break the rules "will be punished."
ISIS revealed its new educational demands in fliers posted on billboards and on street poles. The Sunni militant group has captured a slew of Syrian and Iraqi cities in recent months as it tries to establish a caliphate, or Islamic state, spanning Sunni parts of both countries.
In the letter, ISIS said alternative courses will be added.

I'd love enter the minds of some of the leaders of ISIS just to have some understanding of their mindset, but then again, it might warp my mind.

I'm really lost for words on this one.

Why would anyone do this? Just to dumb down the people to control them maybe? Are they really trying to go back to the stone-age or what?

If they really wanted to screw over the kid's educations in the controlled territory they would implement Common Core.

posted on Sep, 17 2014 @ 03:48 PM
link
Social studies leads to thinking, thinking leads to talking, talking leads to opening your mouth. Don't open your mouth. Shut and praise Allah you ignorant fool, or become an infidel. And we will kill you, or force you into exhale.

We are freeing you from western oppression.

Ok well no need for military interventions then!

Without maths they wont be able to handle any complex weapon systems!

Social Darwinism will take care of them not the military.

The less humans know and understand, the stronger God is.

Why would anyone be surprised at this?

Let's hope the mad little furry thing is correct in his take on this.

posted on Sep, 17 2014 @ 03:56 PM
link
Then they can all apply for university with a general education in radical islam. OR they can continue on and get a DEGREE in radical Islam. or be killed.

They are simply wanted to ensure their children had the same level of education those in America get.

No doubt. Soon all it will take to defeat ISIS will be a couple groups of Girl Scouts selling cookies.

I mean is it bad math?

thats the alternative to math?


I'd love enter the minds of some of the leaders of ISIS just to have some understanding of their mindset, but then again, it might warp my mind.

originally posted by: Lysergic
Theres an alternative to math?

I mean is it bad math?

thats the alternative to math?

Yes, we'll start by redefining Pi as an integer rather than an irrational fraction. After all, how can that make sense, the circumference of a circle is finite, but an irrational number is infinite in length. How can those two be true? Something must be wrong there, so we'll simply things so people won't get confused.

But just wait till they can't get their mosques pointing in the right direction, and they'll end up worshipping the Egyptian pyramids instead.

Of course they have stopped education. An uneducated society is an easily controlled society.

ISIS leaders aren't stupid, they have a plan. I just feel sorry for the people that have to live and suffer under their rule.
edit on 17-9-2014 by DAZ21 because: (no reason given)

Hmm... wonder why that is? Oh yeah, the overly religious are overtly controlling thugs looking to have rules for everyone else.

posted on Sep, 17 2014 @ 04:20 PM
link
Thinking logically (ie math training) is the first step in a child learning to reason. If you want sheeple, you don't allow them to reason for themselves, or learn how to do critical thinking.

Too bad since the Arabs invented complex math very early on in their history.

Keep the children dumb and ignorant of the world and you can control the little bombers, oh, excuse me, buggers.

This doesn't tug at my heart strings for the children, it simply reinforces what a bunch of narcissistic brutes the Islamic State is and is breeding.


I'd love enter the minds of some of the leaders of ISIS just to have some understanding of their mindset, but then again, it might warp my mind.


No need for an education when all these monsters will brainwash the children and use them for suicide missions.

Corrupting their minds will only win half the battle. Nobody forgets how to feel. As long as there is heart, they can never win. 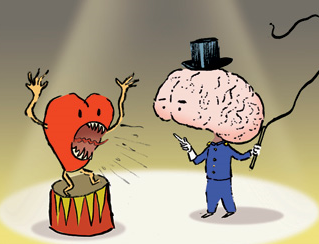