Heres a nice little Hypothetical for you all....

posted on Sep, 16 2014 @ 07:23 AM
link
Lets say you stumbled upon the absolute smoking gun proof of one of the following. I'm talking absolute irrefutable evidence.

E.T's exist.
Moon landings were a hoax
9/11 was an inside Job.
Who really shot JFK.
That bigfoot exists.
That Elvis is still alive ;-)

Who would your first call be for each of those scenarios? How would you get the info out? Taking into account your safety?

The reason I ask is I had this conversation with a friend of mine when he asked what I would do If I stumbled across the missing flight mh370 in a hanger somewhere. I honestly didn't know!!

If I found Elvis I'd call a friend with a good recording studio, and bribe The King with a baked peanut butter sandwich to record a few songs. 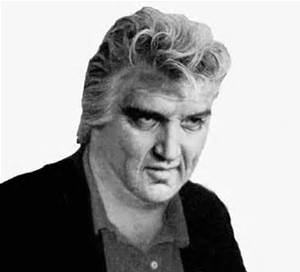 Do nothing for all of the above, except Bigfoot and Elvis. Bigfoot I would contact an expert I can't remember his name off hand. Elvis I would contact a tabloid for my check!
The reason I wouldn't say anything about the others is the truth no longer matters. Evidence can and will always be suppressed no matter how damning.
Just like they do already.
edit on 9/16/2014 by AnteBellum because: (no reason given)

posted on Sep, 16 2014 @ 07:33 AM
link
Take tons of pictures.
Make 100's of copies and send them to all the news agencies.
And when none of them ran with the story?
Post them here, and let the debunkers have a field day.

Don't take a picture with your phone. Chance are it will geo-tag your location and bam NSA or CIA come kidnap you. If you want to take a picture make sure you put your phone on airplane mode and disable geo-tagging.

Pictures and video would be best. Try and get both.

It's a sad world when your government breaks the law and you could be in jail for finding out.

I'd call the funeral home and make sure I had my affairs in order before the sun set on another day.

I would call the National Enquirer. Then I would proceed to call my bank, my mom, and the local radio stations just so I could say the one phrase I have been waiting almost 40 years to say...

posted on Sep, 16 2014 @ 07:46 AM
link
Sit quietly with a drink and cigar watching with amusement as the world continues to speculate ..

If there was MORE proof that ET exist I would assume that one or more of the Military branches of EA*RTH know already and so would consider that there is not a real need to alert them.
If it was a direct crash site scenario I would follow the firefighter guides warnings and ways to deal with that situation all why hoping I didn't get contaminated or requested for evaluation from the REAL MIB.
Further after seeing the MIB came from an off world location to gather the crash debris and potential crash victims I would internally smile at the thought of the moon landing being a hoax knowing some bodies up there and the hoax was either to hide more disclosure or accept that it wasn't a hoax and was a share in human development.
I would assess the 9/11 attack fail & JFK assassination then look down in distrust for a second in grief of this species then look up to FATHER knowing the has a plan and send my condolences to those attacked and or assassinated. Then take a break away from the planetary roof inhabitant norms of society and go cave exploring where I will then enjoy some Elvis tunes why discussing with Bigfoot the new star craft designs their working on to go verify that the MARS rovers are not seeing flying rocks off in the distance that fall and burrow underground...

I'd call Oprah. Then all my ATS buddies in the audience would get a free Bentley.

posted on Sep, 16 2014 @ 08:59 AM
link
This may sound weird but, try to contact Anonymous. They would know what to do with the info. Like a poster already said, you better be careful with information like that. Trust no one. I sure wouldn't go to any news agencies or government officials. Who does that leave?

Is this to prove to us that the internet is dead?

Is there a secure way to send info these days?

Seriously though - only these 3 can be proven without any doubt by having live specimens:
- E.T's exist
- That bigfoot exists
- That Elvis is still alive


There really is no way to 100% prove these 3:
- Moon landings were a hoax
- 9/11 was an inside Job.
- Who really shot JFK.
What evidence could you possibly have beyond documents and testimony? Both can easily be brought into question and make you look like a kook

Seriously though - only these 3 can be proven without any doubt by having live specimens:
- E.T's exist
- That bigfoot exists
- That Elvis is still alive


There really is no way to 100% prove these 3:
- Moon landings were a hoax
- 9/11 was an inside Job.
- Who really shot JFK.
What evidence could you possibly have beyond documents and testimony? Both can easily be brought into question and make you look like a kook

There is only one person to contact in any of the above scenarios... Alex Jones. I would need to tell someone with credibility.... plus maybe the ETs could save some money at efoods direct for their long flight home or get a life straw or something.

Reporter : "Mr President! I just played recordings of you discussing the moon landing hoax and ET type aliens at length with the Secretary of Defense! It has been verified authentic by the best dudes that do that kind of stuff. Any comment?"

POTUS: "Certainly. We knew we were being recorded. The NSA requested that I make outrageous statements so that they could determine who was spying on us. Next question."

Video? Video? Don't we have video of bigfoot, ufos, aliens, the JFK shooting and moon landings? All endlessly debated, debunked and rebunked to the nth degree.
edit on 9/16/2014 by RedParrotHead because: (no reason given)