NANCY PELOSI: 'Civilization As We Know It Would Be In Jeopardy' If The GOP Wins The Senate

posted on Sep, 13 2014 @ 05:36 PM
link
Disclaimer: Search Function was used with more than one form of title, Forums where searched with negative results,,,,, Now to the Article!

Yes, that's the title, and she believes it of-course, only Democrats can save the World in her small mind by creating the Nanny World!
Starting with the Nanny State of California.

It would seem in Nancy's mind, Harry Reid hasn't stopped a thing from being passed,,,, How stupid!

House Minority Leader Nancy Pelosi warned Friday that "civilization as we know it would be in jeopardy" if the Republican Party recaptures control of the US Senate later this year.
Pelosi appeared on HBO's "Real Time" Friday, when host Bill Maher asked her why he should "care" what happens in the election because of Washington's perpetual, never-ending gridlock.

"What do I care if they lose the Senate?" Maher said.

"It would be very important for the Democrats to retain control of the Senate. Civilization as we know it today would be in jeopardy if Republicans win the Senate," Pelosi said, smiling.

"This and ISIS are threatening civilization. Oh, no," Maher said, referring to the extremist militant group.

"Yeah, it is really important," Pelosi said, laughing. "But let's not put ourselves to the stipulation that we're not going to win the Senate. Let's instead work really hard. The fact is that it's all about turnout and many people want to support the Democrats. We just have to make sure that they turn out for the election." 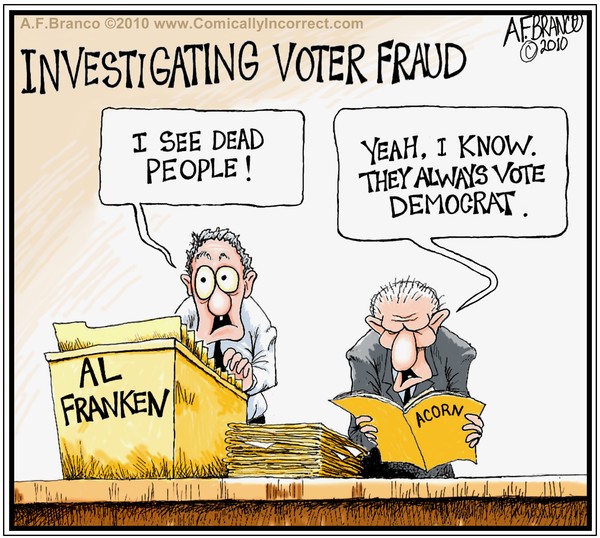 Now don't forget, Democrats Are Not Fear Mongers, because Nancy Say's So,,,,,,,


Maher asked about voter turnout for Democrats, which he asserted was too low to carry the party in the mid-term.

“That’s true,” said Pelosi. “Fear is a motivator, and we are not fear-mongers. The Democrats are messengers of hope, and that’s what we will continue to be.”

“All of the prognostications are predicated on false, ancient, old, stale assumptions,” she claimed. “We’re in a whole new world of communications now.”

Pelosi pointed out that “prognosticators” initially predicted that former House Majority Leader Eric Cantor would win his GOP primary by 35 points. Instead, he lost by 10, she said.

“They were 45 points long, 90 miles off shore of Washington, D.C.,” Pelosi said of the pollsters.

“So how do they know what’s going on in the heartland of America?” the San Francisco liberal asked.

Oh my...she is absolutely insane but those blind democrats will continue to drink from the well...Democrats, Republicans two wings of the same bird....

originally posted by: roadgravel
I think she meant civilization is in trouble if the incumbents are reelected.

There is the Word,,, Incumbents, Vote'em All Out

posted on Sep, 13 2014 @ 06:08 PM
link
These lunatics have got to go! We cannot continue forward until we get people who are FOR THE AMERICAN PEOPLE. That goes for republicans too. We just need real people who are IN TOUCH and have COMMON SENSE.
edit on 13-9-2014 by Fylgje because: to add

House Minority Leader Nancy Pelosi warned Friday that "civilization as we know it would be in jeopardy" if the Republican Party recaptures control of the US Senate later this year.

And *SHE* is their spokesperson?

She is well known for dropping little tidbits that a) Make no sense whatsoever. b) Are totally, bombastically ignorant (the Nation of Africa), c) Wild statements geared solely to her base

Personally, I am embarrassed that someone of her, obviously, low intelligence holds the power that she does. It's funny how Dems lambaste Ted Cruz for his statements when she is exactly of the same ilk.

(I couldn't work dastardly in and feel good about it, so I used bombastically and ilk! Yeah!!)

We are doomed for as long as our political system uses its paint-by-numbers approach of demonizing anyone and anything not in full and complete agreement.

We no longer treat political debate as an opportunity to find common ground or build consensus, but rather seem hell bent on a type of full religious conversion. Our differences are no longer celebrated. Now, it's all or nothing. You are either with us or against us. All divergence of thought is evil.

Isn't this the very mentality we are trying to fight against with ISIS?

Hope Pelosi doesn't own any knives.

I swear Nancy Pelosi has got to be certifiably insane. She most likely thinks DC is the world so if the demon party loses to her it will be the end of the world.

She is also a perfect example of why I believe voter fraud is rampant in the US today. It would take a brain dead turnip to keep voting her into office, or as your cartoon shows dead people.

Heck, civilization as we know it today will be in jeopardy if Pelosi & Reid stay in office

Time to clean house people--ALL of them
Kick these career politicians out!!!!
Dems & Rep. alike

"Grandma has been in the sherry again and they put her on tv.

No, mother. It was Bill Mahr, so no-one was actually watching, but all the same, we need to send her to a home now."

posted on Sep, 13 2014 @ 07:06 PM
link
If World War III ever happens
I bet all my radioactive ashes a Republican will be the president.

posted on Sep, 13 2014 @ 07:07 PM
link
She’s right. Every time the GOP is in power the country goes further into apocalyptic destruction

The last GOP president who was a human being was Eisenhower

originally posted by: rupertg
If World War III ever happens
I bet all my radioactive ashes a Republican will be the president.

Just like they were when WWI and WWII started? Oh ...

posted on Sep, 13 2014 @ 07:20 PM
link
The only thing a GOPer can do is say something bad about a democrat
They NEVER offer anything positive for the country…they are ALL reactionary

Watch and listen folks as they will prove my case

originally posted by: Willtell
The only thing a GOPer can do is say something bad about a democrat
They NEVER offer anything positive for the country…they are ALL reactionary

Watch and listen folks as they will prove my case


Barack Obama is a fine family man. I've always like that about him.

How old are you?