n industrial-scale conveyor belt stretching three kilometers is transporting thousands of tons of clay from a mountainside to the lowland of this tsunami-stricken city.
The massive amount of clay will be used to raise the ground level in commercial and residential areas to help withstand a future tsunami.
...
Each day the conveyor belt shifts the equivalent of 20,000 cubic meters of clay, enough to fill 4,000 10-ton trucks.
A total amount of clay equal to four times the volume of Tokyo Dome is set to be moved by May 2015.

Thought this was interesting. The city of Rikuzentakata is using these large conveyor belts to help raise the ground level before rebuilding the city. That is an impressive amount of dirt to be moving in that amount of time. In the tsunami they lost one in ten people in city.

I found a before and after pic for Rikuzentakata:
Before-After
www.dodbuzz.com...

Portions of the city subsided more than a meter during the quake.


Kind of hard to get a scale for the operation because from the pick up to deposit is 3km, but I've linked a few pictures. 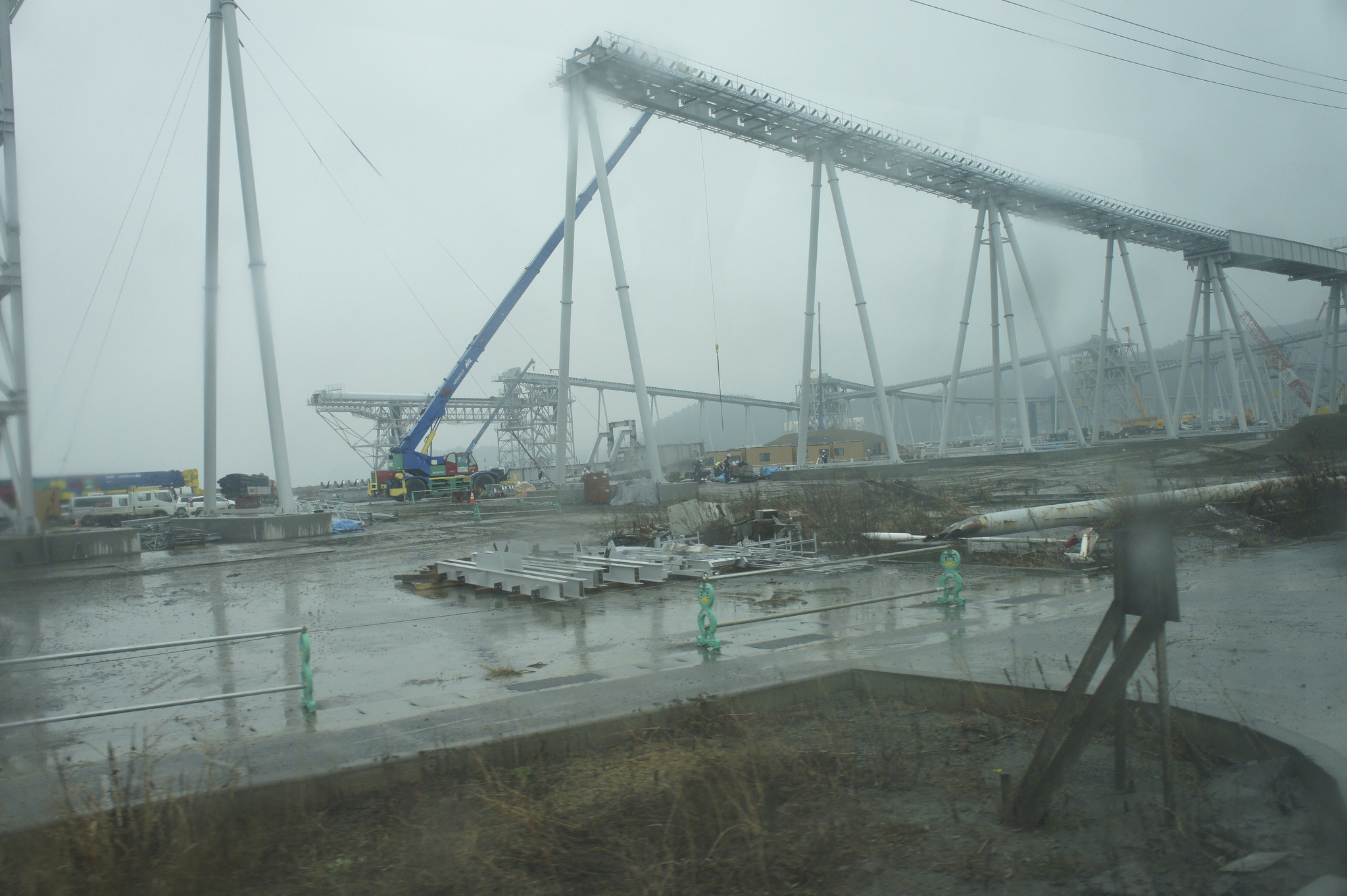 Some even generate there own power from the weight of materiel going down hill and sell surplus power.

I suppose from an engineering standpoint grading down a mountain and raising your city by 11 meters is pretty much the same as any mining operation building a slag pile. I thought it was an interesting approach to raising safety margins for tsunamis


That RopeCon conveyor to generate electricity is brilliant! Add that to the list of simple things I wish I had thought of and patented...
edit on 13-9-2014 by _Del_ because: (no reason given)