The pods on a KC-135 wing add a lot of stress to the wingtip. They're so far out on the wing that it puts all the strain on the wingtip itself.

The winglet helps airflow off the tip of the wing, to help with lift. It also adds wing, but more importantly it's going to cause the air to swirl around the wingtip.

Besides the obvious issue of that being a lot of weight on the wingtip, when the drogue is extended, the air coming off the winglet is going to cause it to swirl wildly, and almost impossible for the receiver to hook up to it.

What you say makes perfect sense to me, so I wonder if you (or boomer) have any insight I to how the KC-330 gets on with pods and winglets?

I photographed this one last month bringing troops home from Afghanistan, ZZ333 is the same one involved in the incident this year where it dived several thousand feet causing "weightlessness" in the cabin after the pilots camera got wedged between the sidestick and the seat.

I'll have to look closer but from what it looks like to me is that they moved the pods farther in from the wingtip.

This may help to clear some things up, or add to the confusion. One of the two anyway...

Which based on -135 and KC-10 mission length and distance is utter BS.

Yeah I also find it hard to believe the extra MRO part. Do raked tips make a difference?

Not an option for KC class aircraft though?

With the drogue pod positioning any kind of winglet, which that technically still is, is going to create issues. 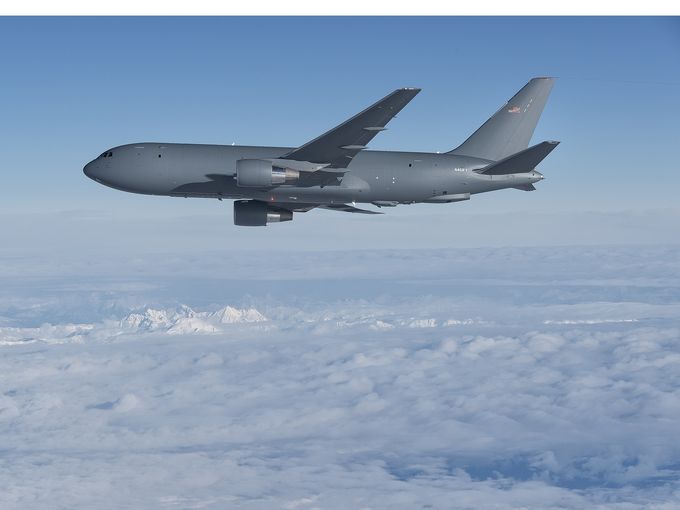 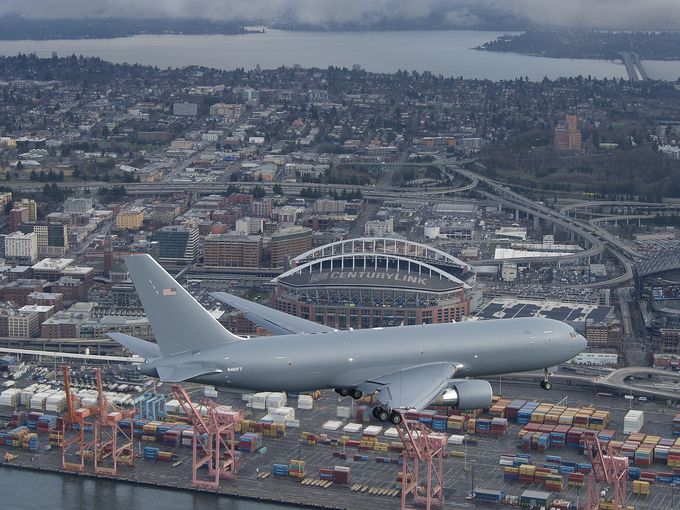 Awesome shots. Love the one with "The Link" and Lake Washington in the background.

Another Boeing ode to the Seahawks, who were getting ready to play there when that shot was taken.