A secret and scrappy court battle that Yahoo launched to resist the NSA’s PRISM spy program came to an end in 2008 because the Feds threatened the internet giant with a massive $250,000 a day fine if it didn’t comply.

The detail of the threat became public today after 1,500 pages worth of documents were unsealed in the case, revealing new information about the aggressive battle the Feds fought to force the company to bow to its demands. The information was first reported by the Washington Post following a blog post published by Yahoo’s general counsel disclosing that the documents had been unsealed and revealing for the first time the government’s threat of a fine.

This is news today because the records (partially) were de-classified.

The documents were posted online today by the Office of the Director of National Intelligence. Bell noted that “[d]espite the declassification and release, portions of the documents remain sealed and classified to this day, unknown even to our team.”

I think even the average Joe on the street is beginning to wake up to what we at ATS have been telling them for years.

It's a victory in one since but in most ways it is just very very sad...

Makes you wonder what companies did comply.

It's probably easier to list those that didn't comply.

Makes you wonder what companies did comply.

There is a list in the graphic in the article.

Apparently this court ruling was used as precedent to force all these other companies to comply that came after... And apparently this all is being made public now, not out of the goodness of their heart but because Snowden leaked it...


Yahoo’s secret battle, and the PRISM program, came to light only last year after documents released by NSA whistleblower Edward Snowden exposed the data-collection program. Yahoo, Google, Apple and other companies were harshly criticized for complying with the program and seemingly putting up no resistance to it. But shortly after the program was exposed, Yahoo’s dogged battle with the Feds to resist its inclusion in the program came to light only after another document leaked by Snowden exposed the company’s legal fight against the FISA Court order.

When did an alphabet agencys such the NSA gain the ability to fine any type of corporation $250,000 daily? I thought one of our major problems was the fact that companies and corporations had the ability to circumvent or sidestep/bury in legal actions such monetary fines or that any measures imposed were of a token value which to be frank $250,000 is rather trivial to Yahoo daily or otherwise.

Its not a slap on the wrist in the traditional sense. This, in my view, represents the NSA helping with the "legend" of the companies involved. The fact that they have been fined, makes it slightly harder to cast doubt on the legitimacy of their indignation against the NSA. Despite the fine, I think most of these companies were in on it, knew about it, and did nothing of any actual note, to prevent themselves being co-opted in that manner, and were likely all too happy to do so at some level.

If any of those companies had directors worth a stuff, they would have threatened to shut their businesses down completely and deny the NSA the data they were capable of accessing, by total infrastructure removal. If the big telecoms companies, which actually own the cables and so forth, had turned around and said "You know what NSA? Its US that have the power here, so shut your fool mouths, or we dig up every mile of cable between the USA and the coast of Ireland, and no one gets any data" the NSA would have been up crap creek without a paddle, and further lacking a canoe!

posted on Sep, 12 2014 @ 07:41 AM
link
PRISM..pfft, those feds couldn't triangulate half a toasted sandwich even if pythagorus served it up in a 3 sided restaurant..just saying

this is the most laughable headline of the year.

I have had 3 Yahoo accounts over the years. I got tired of them being hacked repeatedly. NSA doesn't need complicity from Yahoo to gain access. They just need a 14 year old with some software.

This smells more like an announcement that a new honey pot is open for business.

"the big telecoms companies, which actually own the cables and so forth, had turned around and said "You know what NSA? Its US that have the power here, so shut your fool mouths, or we dig up every mile of cable between the USA and the coast of Ireland, and no one gets any data" the NSA would have been up crap creek without a paddle, and further lacking a canoe!"

originally posted by: scubagravy
PRISM..pfft, those feds couldn't triangulate half a toasted sandwich even if pythagorus served it up in a 3 sided restaurant..just saying

You do know that our intelligence services have been amongst the most advanced, if not the most, in the world since WWII? Right?

I am sure you are right. However, it would still have been the right thing to do. I get the feeling that these people covet their own mortal lives more than they do their honour and freedom, and that is shameful.

End of the day our communication industries have been in bed with various alphabet agencies since the end of World War Two. And i imagine honour and freedom are not exactly synonymous with there methods of control over our populace. Just look at the capabilities GCHQ have been rumoured to possess lately, intrusively frightening doesn't even begin to describe it. Orwell's 1984 was right on the money, if a few decades out of time if you as me
edit on 13-9-2014 by andy06shake because: (no reason given)

They should look at it as an investment and just pay that. I would then turn around and reduce marketing budgets according to media levels of exposure FOR resisting.

If they had convictions to start with that got them in hot water, then those very convictions are the strongest rope to pull themselves out of that hot water.

I would promote my principals and use the threat to my company as an advantage that grows proportionately to the opposing force. This is who we are sort of thing. The mood is set for defiance. Thats why it almost makes sense for the feds to do this. There IS a mood of defiance. USE IT.

Sums up my sentiments pretty well.

The only thing I would change is that the honey pot was initiated in 2007 when PRISM was made official. The data being collected goes back to at least then. I have a fair ammount of respect for Yahoo in at least trying to maintain some security for their users. In terms of a legal battle, there really is no way to beat the NSA as it stands right now. The FISA court doesn't play by regular rules, and they are the only oversight the NSA really has.

The NSA has a number of programs produced by 'cyber security' contractors that is basically hacking on easy mode. In particular a contractor called Endgame Systems Link. They designed a fancy pice of software called BONESAW that collects data on every machine connected to the internet based on geography. It's very similar to a google maps API for hackers. For example, a command may look something like: show all active connections (New York). The output would literally list every box with an internet connection. After that, with a few clicks attackers (in this case the attackers would be NSA contractors) can target a specific box, or several, and get a list of potential vulnerabilities instantly. Hacking on easy mode.

Another point to make is that the tactics used by cyber security firms are all what the government would label as blackhat methods. Since the government uses this methodology in the name of national security they don't seem to have a problem with it. Be ver certain though, if a citizen was to use a program like Bonesaw, or FinFisher, and execute zero day exploits on a target, they would most certainly be labeled a criminal. The double standards of NSA operations, and the PRISM program are staggering.

It would be wise not to underestimate the king of fed agencies and their ability to get whatever information they wish. The software they have is proprietary, and may never be released to the public. They have the whole advantage, and the law on their side.... even if they are a bunch of blackhats in every other instance.
edit on 13-9-2014 by AnonyMason because: accidently hid half my post

The NSA will now map out the internet.

"It aims to map the Internet, and not just the large traffic channels, such as telecommunications cables. It also seeks to identify the devices across which our data flows, so-called routers. Furthermore, every single end device that is connected to the Internet somewhere in the world -- every smartphone, tablet and computer -- is to be made visible. Such a map doesn't just reveal one treasure. There are millions of them."

All your base r belonging to the NSA. 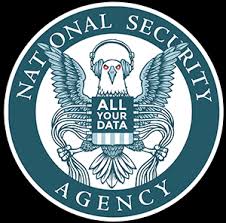