FEARS a Gold Coast man may have contracted Ebola have incited panic that an outbreak of the deadly virus could hit Australia.

So I just noticed this on news.com.au. It was only a matter of time before we had our own 'scare'. The article says it's unlikely it is Ebola, just a precaution but I thought I would throw it out there to the aussies on board, and those of us following the Ebola articles.

Although, this would be alarming to see if you had it pass you on the highway! Caption: 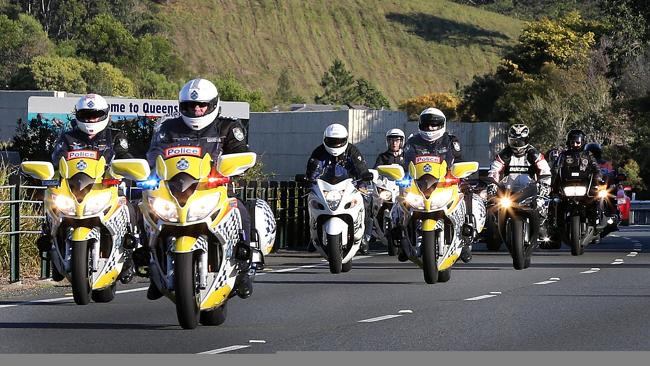 I'll keep this thread updated with what I can find on the guys situation.

the pic is interesting...where is the man they are transporting? Can't see him.

oh yeah... also, they have gone to lots of effort, yanno with the quarantine of the chap. Looks as though they stopped one side of the highway to bring him through.

originally posted by: CHinauser
Hope somebody is: This is gonna be a nasty one. H1n1 on steroids.


I'm not sure how I feel about assurances that we would be fine if it came over here. Luckily, our family is fairly quiet. We don't tend to go out to major shopping centres or touristy type places (I'm a little antisocial) I stay at home all day with the kids, and my husband works in wholesale sales, so neither of us have much contact with people that go overseas, but I imagine the panic of it hitting here alone will put a strain on the hospitals. Many worried people. I know QLD health already has issues with the hospitals due to budget/funding, so it'll be interesting. Gold Coast uni hospital is (if memory serves) quite a new hospital too, so hopefully that counts for something if it is Ebola?

They have a picture of him in the article. Hoodie and cap, looks like he feels sorry for himself, as you would!

that is on the border of NSW and Qld.

and they are going the wrong way. The Welcome sign would be behind them if they were going into Qld and it would not be seen. They are in NSW...that pic shows they crossed the border. WTF? Maybe they have moved the patient to NSW (SYDNEY hospital) ???? Why by road though?

something weird is going on... prolly more media lies?

Good catch, so maybe he lives down Tweed Heads way? They go on about NSW hospitals in the article, but maybe they thought to transfer him to the best closest, and if it's actually Ebola, transfer him to NSW/Westmead for proper treatment?

and to the lies - most likely. We don't bother watching the local news anymore with the likes of Cambell Newman and his BS. They're all full of #.
edit on 11/9/2014 by bkaust because: (no reason given)

Probably St Vincents in NSW. Might google and see what hospital in Sydney can handle this type of infection.

Flying the patient would have been quicker... very strange they took the highway.

The red vehicle? That is Qld highway patrol.

There is no treatment or vaccine for Ebola, which calls for the highest level of laboratory security – Physical Containment Level 4. The virus must be handled in an isolated facility with alarmed exits. Authorised staff enter and leave through shower rooms and all laboratory clothing and material is decontaminated.

I am sure that the Qld Hospital would not be able to treat/quarantine this individual...

I suppose the Govt would not disclose where the patient was being kept to prevent public fear.

I was just reading now that the Health Authority in Qld says the 27 yr old does not have ebola....

they still maintain that he was isolated in Qld... if the pic is true and correct...then someone is lying.

I don't trust what they are claiming.

posted on Sep, 11 2014 @ 03:48 AM
link
a reply to: Thurisaz
Yeah, I gathered that from your posts. Thats why Im asking about where the closest CSIRO is?--thats the only secure bio-med outfit that can quarantine him AND keep the press out.

“The Centre for Infectious Diseases and Microbiology Laboratory Services (CIDMLS) of the Institute for Clinical Pathology and Medical Research (ICPMR, Pathology West), at Westmead Hospital, is the only NSW laboratory equipped to undertake viral diagnostic testing for Ebola virus,” Prof. Dwyer said.

don't you think it is funny... they are claiming the patient is in Qld being treated and yet the Professor states the above in the same article

Save that pic--Ive got a feeling it wont be online by tomorrow.

I already have saved it...cos I was checking it out under zoom.


yeah and your prolly right... the picture will 'vanish' into the cyber abyss by tomorrow.

originally posted by: Shaded27
That picture looks like a photo of a bike rally, look at the other bikes in the shot.
I'm sure the police are not riding Hayabusa's.

I thought that at first so I just posted it to my FB and tagged a mate who lives on the Qld side of the border, if it was a bike rally he might possibly know about it--he's a bike guy...

I also noted that it was published as transporting the ebola guy and to see if he spots anything odd about the pic.

Also, when I first thought it was a bike charity ride I TinEyed it (reverse image search) and it had no results. This doesnt mean it has never been published online before, but I thought it was worth a check... 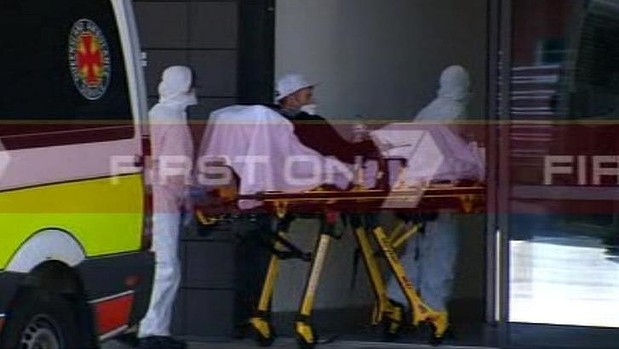