Weird thought I had about the pyramids

posted on Sep, 10 2014 @ 02:08 PM
link
I have been meditating lately by use of a mantra. The idea is that the repetition of a subtle, ethereal vibration (not an actual auditory sound,) will exact change in both the physical and metaphysical aspects of body and being.

Today I woke up and started humming a tune out loud. I hit a certain note and it made my eyes vibrate a bit (sympathetic vibration.) So I started thinking about how the skull is a resonance chamber, bone conduction, sinus passages, and all that.


There are four pairs sinuses, the maxillary is largest, then frontal, ethmoidal and sphenoidal is ( below eye sockets) is to provide mucous and act as a resonance chamber for sound…
www.answers.com...


Then it hit me—the pyramids are resonance chambers with similar passages and hollows. 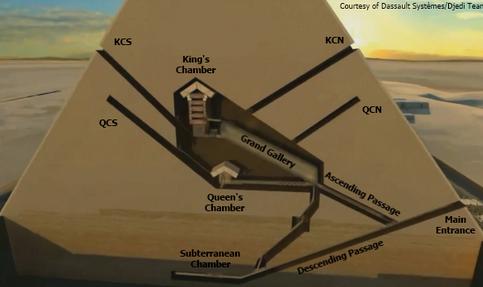 I do not possess the hubris to think I am the first and only to ever think of this; though it is a new idea to me. I did some quick searches to see if my idea had any merit or support, which led me to this great ATS thread as a top google result:
www.abovetopsecret.com...

The OP in the above thread proposes that the resonating properties of the pyramids may have been used for engineering purposes. Indeed it’s an intriguing notion and I recommend checking out the theories in that thread if you haven't already.

However, my thoughts didn’t lead in that direction. I was trying to figure out why the skull would need to have these properties (form serves function.) Of course, resonance and vibration lead me back to meditation and mantras—engineering not of the physical, but of the metaphysical. Pineal activation and refinement?


Despite the towering reputation of Egypt’s Great Pyramids at Giza, the Americas actually contain more pyramid structures than the rest of the planet combined. Civilizations like the Olmec, Maya, Aztec and Inca all built pyramids to house their deities, as well as to bury their kings. In many of their great city-states, temple-pyramids formed the center of public life and were the site of much holy ritual
www.history.com...


Were the pyramids built as totally awesome meditation tools on a large scale? 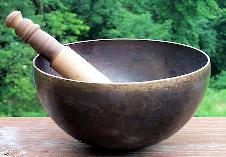 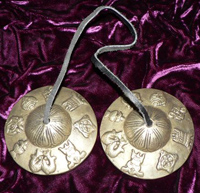 ..or should I go back to sleep?

I've seen all kinds of speculations. Observatories, chemical chambers, resonance chambers. I think calendar is most likely where each tunnel points to a specific star at a specific time of year, but that is just me. The egyptians believed that certain start were places souls could travel to, so maybe it was important to their high priests to be well oriented with the location of specific places so that when they died they could travel to the right spot. Idk. These are also the same people who thought you had to go through 42 different tests and get past these gatekeepers to get into the good afterlife. It all sounds too elitist and absurd to me.

There is a french guy who is now saying that there were secret tunnels built at each of the four corners of the pyramid so that cranes could lift up some of the minor exterior blocks. According to Herodotus, there were machines on the sides of the later pyramids when he visited them. I don't know what kind of machines, and I doubt they are anything like what we might imagine, but it seems that french guy might be right and his ideas might have verifiable historical support.

posted on Sep, 10 2014 @ 02:24 PM
link
I'm thinking some of the pyramids are a long range communication device of some sort, capable of sending messages to other pyramids or possibly some other mobile units. It may have used special frequency patterns that were only known by a few people. Imagine if you could predict two days ahead of time if some supplies were going to be showing up. You could say that god told you and it would dazzle the people.

There could have been just as big of scams going on back then as do now. Just different.

I suppose it makes sense that they might also have multiple purposes and functions. If you're going to take the time and effort to design and build a pyramid, it better do more than one thing eh?

The people who physically built the pyramids did so for status, food and entertainment. It was one of the only really social and exciting jobs available at the time unless you wanted to live your whole life clinging to the river banks, subject to the whims of drought and famine. Why the Pharaohs commissioned them is anyone's guess really. When you have infinite power you can do almost anything with your culture's collective resources. We look at these leaders like they were sensible people. These are guys that had their families executed so they could spend eternity with them. There wasn't much thought going on there and no one held them accountable to any standards of justice. Just think Kim Jong Ill with much more power and resources.

I'm guessing the religious leaders had a lot of input in the projects and the architects too, but other than some symbolism in the design work, the function might have been really stupid really, just to satisfy the whims of a tyrant. Reading history, in a number of cases it seems that by the time some of these projects were finished, the ruler who started them was long gone, so what they ended up becoming wasn't necessarily what they were set out to be.

Just think if you are the new Pharaoh, you've got this massive dependent population of builders who is working on this overwhelming project. If you stop it now and send them home, you'll have social unrest on your hands, so you keep them working and you subsidize them with free food just to keep the peace.

Personally, I think public subsidy is what ends up bringing down most empires. You create a dependent population of proletarians who can no longer contribute anything to the society and you spend yourself into oblivion. Eventually, you've conquered everything there is to easily take and you've tapped out your nation's natural resources and you've no way to maintain your level of spending. Then you go into debt. By the time you can no longer afford to pay your creditors, it is too late. The empire died a long time ago. It just took centuries for the rulers of the country to wake up to that fact.

Really, once your civilization stops producing more than it consumes, it is already game over. Nero can begin fiddling anytime thereafter.

if the pyramids were a " meditation focus " , then why the utter absence of meditation based rites in Egyptian religious practices ?

This man has the information. His book took twenty years to write. It's called 'We The Skythians'.


This book is the most important book ever written.

His book will tell you how the great pyramid is tuned. What effects a choir singing will have on the initiate lying in the Kings chamber etc. etc.

Ancient stone chambers of many kinds are resonant chambers. A church near here has had all the pews removed during renovation. Suddenly the acoustics are transformational. Monks chanting around an injured knight in a chapel acoustically heal the wounds. Cats heal themselves through purring.

I'm going to bed to heal myself through snoring.

Were the pyramids built as totally awesome meditation tools on a large scale?

Yes, they allowed huge masses of people to meditate on the same objectives: city building.

posted on Sep, 10 2014 @ 04:39 PM
link
Greetings- During Your search for new material You might do a web search on *deleted* *deleted*
This might provide 'food for thought'..

Pyra= fire amid= in the middle.

They were built for 'energy' the same as the Washington Monument... They're 8 sided in actuality and ONLY this is known if seen from above..

Edit: Yeah, DON'T look that up. I'm looking for an article in re: to knocking down the pyramids, in order to 'release' the Souls that are "stuck" here on Mother Earth to servitude to TPTB. The author of the article, addresses the designers of the pyramids (Anunnaki) are "sucking the energy" (That is why the Washington Monument is mentioned, it too is a "power rod" ...)

if the pyramids were a " meditation focus " , then why the utter absence of meditation based rites in Egyptian religious practices ?

The way I use the word, 'meditation,' is to describe a variety of forms, techniques, disciplines, and practices in the mystical. It goes by different names in various cultures. The western world calls it 'prayer.'

No, the ancient Egyptians probably weren't using mantras as they are used in India, but that doesn't mean they didn't have a technique, or tools, to achieve the same end.

Many roads leading to the same destination.

Also, I did not refer to Egyptian pyramids exclusively.

Do you mean you "woke up" from your meditation, where you were just imagining the sound, and when you came back into awareness of your surroundings, you then at that moment of awakening, began to audibly hum the sounds picking up from where you were when you were just imagining the sounds? Like you woke up and were suddenly already humming without realizing it becaise it just carried on from your non audible mantra sounds when you were meditating?

I find your musing about the pyramid very interesting as well. Maybe it was all about sound? Maybe thats why some of the tunnels bend so you cannot see the sky through them and some end in dead ends, because they were not designed to look through but designed to create an accoustic effect.

drought and famine , i don't that applies here , the land either side of the nile is so lush that they get three crops a year out of it .

Egypt's influence was the furthest reaching of any culture at the time. It wasn't just the people living right along the banks of the Nile who were subject to drought and famine.


I'm just going to stop you right there and say...not all sounds are audible to human hearing. There is a range that exists, there are sounds above and below the threshold of human perception. Think about what that means and how it relates; think about it..

There are sounds that we cannot hear.


I'm just going to stop you right there and say...not all sounds are audible to human hearing. There is a range that exists, there are sounds above and below the threshold of human perception. Think about what that means and how it relates; think about it..

There are sounds that we cannot hear.