posted on Sep, 6 2014 @ 08:00 AM
link
Five short years from now, more than 10,000 of the worlds best athletes and millions of fans are expected to travel to Tokyo for the summer Olympics.

The IOC awarded Japan the games after assurances from it's PM that Fukushima was "under control".

Nothing could be further from the truth.

How much longer can this pretense be maintained?

I wonder how an athlete can set a goal to compete in Japan when it means they will be risking their life by exposing themself to nuclear contamination?

I wonder what kind of financial catastrophe will develop due to the worst attended games in modern history?

I don't think it can happen.

Opening ceremonies are only 2,151 days away and yet TEPCO has no contingency plan to replace the non-functioning "Ice Wall" barrier.

Sooner or later the 200 plus Olympic teams are going to realize what they are getting themselves into and refuse to attend.

Japan BOUGHT the games from the IOC as part of the cover-up of the deadliest nuclear event in history and one which shows no sign of ever being brought under control.

Shame on them for not protesting this location....and for those who attend as spectators they are not forced to go...

Shame on them for not protesting this location....and for those who attend as spectators they are not forced to go...

I think, to any that attend, "shame" will be the LEAST of their concerns.

I have a family member who is on track to represent Canada in Triathlon in 2020 and I have always been their biggest supporter. To say I am 'conflicted' is an understatement.

A world class athlete dedicates their whole life in the pursuit of a gold medal, for it turn out to be a caesium one is a cruel irony.

I wouldn't attend the Olympics in Japan if I was paid to go!

First of all, yes, it is most certainly going to be poorly attended, or rather, it is going to pull in so little foreign tourism when compared with the same event in other nations. However, that has more to do with the fact that Japan is one of the most expensive places to go on holiday, on the entire planet. Cost of everything there from food, to booze, to hospitality, is VAST when compared to most of the rest of the world.

So even without the radiological threat posed by the continuing issues being caused by the Fukushima incident, this was a poor choice of host nation. With the radioactivity taken into account, it is a terrible choice. If I were on the UK Olympic teams medical staff, I would instruct my tracksuit wearing minions (other functionaries of the teams back room support staff) to spread out into all the locations being used for competition, housing, and related events, and carry personal dosimeters, and do full perimeter sweeps of the locations being used with geiger counters.

If one single location, reads as even one single unit over standard background level of radiation, I would order the team back on the plane home, and take no junk about it from the locals, or the rest of the organising bodies either!

If one single location, reads as even one single unit over standard background level of radiation, I would order the team back on the plane home, and take no junk about it from the locals, or the rest of the organising bodies either!


Do you really think it will get that far?

The British Olympic Team management will know the degree of risk long before the athlete's plane lands in Tokyo.

What I'm grappling with is the effect on the athlete's motivation to get to the Olympics in the first place.

Elite athletes are supremely health conscious, their bodies are temples.

Sport psychology being such a huge part of winning, I am at a loss to understand how an athlete, who has spent years concentrating on a healthy diet and strict training regimen can motivate themselves to travel to such a toxic place?

posted on Sep, 6 2014 @ 09:27 AM
link
They will no doubt be using the games as part of the propaganda operations to show that Japan has no problems with radioactivity in the environment..
And when hardly anyone turns up,they will issue loads of free tickets to local school kids/workers etc to fill the empty seats,to make it look like a massive success.

I just hope everyone who attends/competes take the trouble to avoid local seafood/fruit/veg/meat from the worst affected areas of Japan-and like TrueBrit said-Take a dosimeter with you.

To be honest though,like mentioned above it will probably be the cost that keeps most people away-most people seem to be of the opinion that the whole fukushima thing is either over,or is not a danger.
Thats the nasty thing about radiation-you can't see it or smell it or taste it,and many people are happy to go into full "ostrich mode"when faced with the truth about fukushima.

By then, everyone will be living underground and the Games will be held indoors.

Wanna bet this image gets poofed?

If not this entire thread.

posted on Sep, 6 2014 @ 09:34 AM
link
With Olympics there`s so much going on, all kinds of stuff gets disturbed and there will be way more airborne particles.

And what about the food, are they going to fly in tons and tons of it, you can`t eat the Japanese stuff anymore.

Very poor decision to hold it over there, If I was an athlete I would skip it.
edit on 6-9-2014 by BornAgainAlien because: (no reason given)

that picture sums it up accurately.

By then, everyone will be living underground and the Games will be held indoors.

hahahha .. you could be right.

great reply by the way.

They cancelled the games in 1944 for that very reason.

I wouldn't be surprised if they cancel the 2020 games for the exact same reason.

originally posted by: BornAgainAlien
With Olympics there`s so much going on, all kinds of stuff gets disturbed and there will be way more airborne particles.

And what about the food, are they going to fly in tons and tons of it, you can`t eat the Japanese stuff anymore.

Very poor decision to hold it over there, If I was an athlete I would skip it.

Within the next five years I believe most athletes will come to the same conclusion.

Japan's, Britain's, Canada's, Australia's and America's will be the LAST to cancel.

Germany will be first. 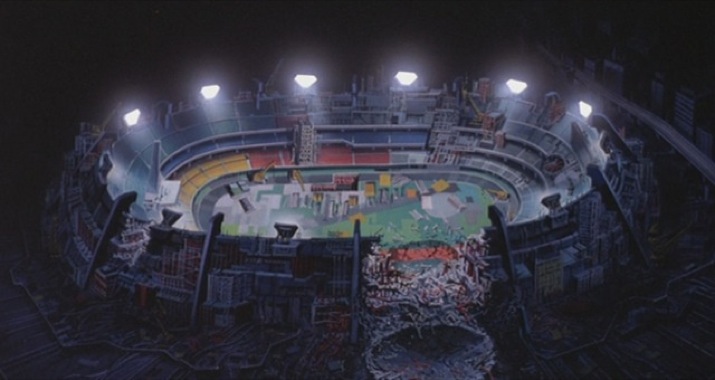 A popular misconception about Japan.

Just like the roots of their Royal family being ancient.

The Japanese Emperor was INSTALLED by a corrupt ruling elite.

TEPCO is undersigned by the Japanese government and there has been nothing honourable about their involvement in Fukushima.

I think that athletes of the mindset to become Olympians, would run a race, or jump over a stick, just to one up one another if you put them all in one place. Their motivation has nothing to do with silver ware, although you could be forgiven for thinking otherwise.

Their real motivation is to be the best at what they do. All that body is a temple trash is just that. If any one of them thought they could be the best at their given skill, without having a specific diet, and putting away the exactly correct number of characters, then they would do that in a heart beat, most of them anyway.

No one wants to eat three pounds of kale in the space of 24 hours, unless they happen to be obsessed with something that comes from doing so, not a soul.

What I am saying is, that these folk will be butt kicking ready no matter where the Olympics is being held, and they will train their nuts off, until or unless they are told that there is a confirmed problem, especially those who might never get to go to another games!

According to TEPCO and the Japanese Government there is no problem.

I think most people know better and most athletes will realize this before the next five years are up.

'CREATING THE FUTURE TOGETHER'.

I think it must be a typo. They left the 'M' out of "cremating".