posted on Sep, 5 2014 @ 02:38 AM
link
Some of you will be well aware of this subject matter. For those of you who are not Transient Lunar Phenomenon (TLP) is broadly described as;

A transient lunar phenomenon, or lunar transient phenomenon, is a short-lived light, color, or change in appearance on the surface of the Moon. (Wikipedia)

There are also a number of ATS threads on the subject, search and ye shall find. I'll probably be repeating some of that, but only for the purposes of consistency and coherence of this thread.

TLP have been reported broadly across the visible face of the moon. The following image represents the siting and frequency of those reports; Cornell University Library 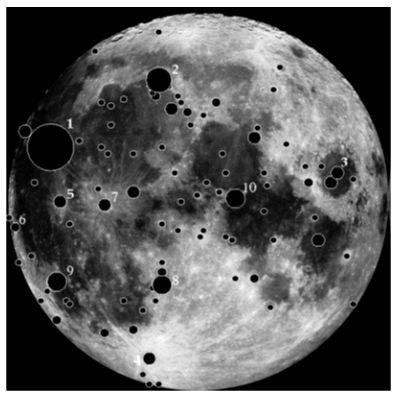 There's no doubt they're real, but what are they? As far as I can determine the current explanation is;

A TLP is an explosive emanation of waste gases deposited under lunar soil produced by geological lunar activity, possibly originated by a moonquake because of the gravitational pull of the Earth-Moon system. These gases are also influenced by the incident solar radiation wich makes them visible. (Cornell University Library). 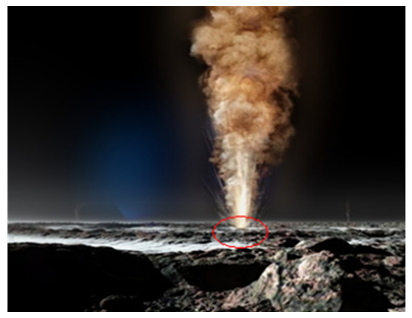 And possibly demonstrated by this; 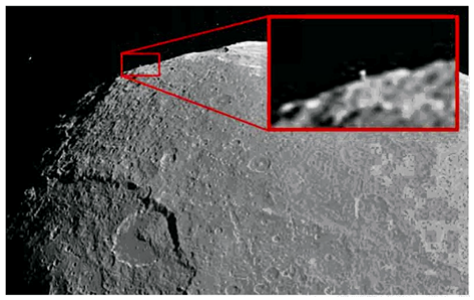 Anyway, moving along swiftly and cutting to the chase, I recently came across This Article.

And from the above article;

Electric Sparks May Alter Evolution of Lunar Soil
August 21, 2014
The moon appears to be a tranquil place, but modeling done by University of New Hampshire (UNH) and NASA scientists suggests that, over the eons, periodic storms of solar energetic particles may have significantly altered the properties of the soil in the moon's coldest craters through the process of sparking—a finding that could change our understanding of the evolution of planetary surfaces in the solar system.

This sparking is, diagrammatically, represented as; 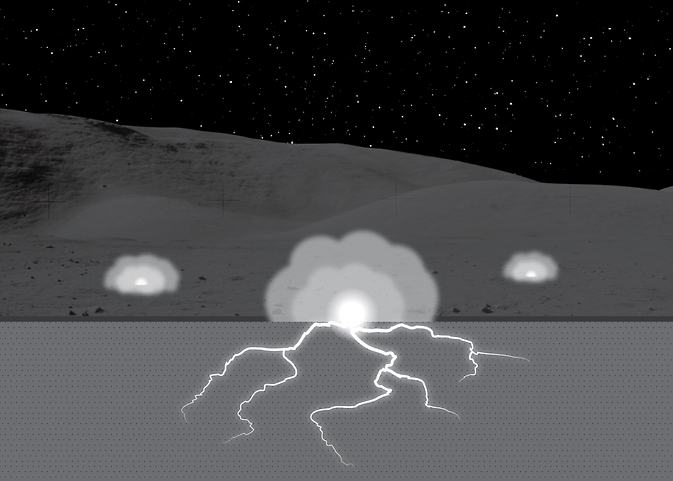 So, when I read this article I didn't make that connection until today as I haven't really considered the TLP for some time.

Is it possible that this is in fact TLP or perhaps one form of it, while the "explosive emanation of waste gases" remains as another ?

Seems to me that it way well be more likely;

What’s at little less clear are the source of luminous “hazes” or “glows” noted by observers. Keep in mind; we’re talking subtle effects noted after meticulous study. NASA even commissioned a study of TLPs named Project Moon-Blink during the early Apollo program. About a third of TLP events have been observed near the bright crater Aristarchus. Researchers even managed to get Neil Armstrong to make an observation of the crater during a pass on Apollo 11. He noted that “there’s an area that is considerably more illuminated than the surrounding area. It seems to have a slight amount of fluorescence.”

I'd appreciate your thoughts ATS.

Thanks for posting this. So are you saying that it seems more likely to you that TLP is a "sparking" instead of a geyser looking gas eruption?

Yes, that is what I'm suggesting. It is the impact of solar storms, CMEs, and possibly a build up as a result of the solar wind that creates this energy.

Some years ago I put up This Thread which outlines that fact that during significant solar eruptions, particulate matter is blown off of the surface of Mercury. I would suspect that the generation of static electricity during an event such as this is likely inevitable. How much ? Who knows. What we do know is that it happens and even to us. Quebec, Canada - 1989

There is also This Thread which identifies strange bright spots on Mercury. Is this a similar phenomenon ?

Given that the moon has little to no magnetosphere and essentially no atmosphere, it would seem reasonable enough to me that this very thing happens to the Moon. I'm not saying explicitly that the gas eruptions don't happen, I'm suggesting that an electrically charged moon and the release of that energy, for whatever reason, is the cause of TLP.

posted on Sep, 6 2014 @ 02:39 AM
link
Have you noticed that TLPs are observed on unlit portions of the Moon? How does that reconcile with your idea?

There is strong evidence in support of an electrostatic imbalance occurring along the terminator (which is not really related to solar activity, just sunlight) but, as your source says:


The final conclusion of the BAA study cites that “Although there are theories that might infer that TLP would be more frequent during solar activity, from a sunspot cycle perspective there is no evidence to support this.”

Wow you got thrown in Skunk works and Phage turned up, you must be encroaching on the forbidden.

Well to put it in simple terms;all planets are showing increased activity;whether that may be in the form of a storm on say Jupiter/Neptune..or vulcanism on Jupiter's moon..or even CMEs on the Sun etc etc and of coarse wild plate activity on Earth..so why not the Moon as well??..It seems to be the case.

You may well know that Planet X is inbound and responsible for this?..Well being as we are on the subject of the Moon..I and many others worldwide have noticed how the phases of the Moon are not what is usual..i.e. the phases are sometimes unnatural and do not conform to what phase charts illustrate (i wanted to do a thread on this but time is of a premium)

This video below illustrates what i mean (it is from 2011) i have seen this quite a few times this year and it is NOT normal!..It takes different forms,so instead of an illuminated crescent (as in the video) it maybe a blackened crescent reversed from the image in the video.

The best answer i have come across for this, is;that we have Planet X in between the Sun and the Earth and it is effectively an eclipse of sorts..SOHO images confirm this..keep an eye on the skies,activity and visibility is increasing.
www.youtube.com...

Lit or unlit is not relevant in this case.

I used the universetoday link to show that the TLP is not necessarily an out burst of gas, as shown at the start of the OP. Instead, the TLP has been observed as a haze or glow which could be a result of electrical discharge.

This is the most relevant Link - NASA.