Has the Russian Embassy started trolling Nato on Twitter?

posted on Sep, 4 2014 @ 11:05 PM
link
Ah amongst all of the current tention in the world, it is good to see some international humor in the face of such propaganda! I mean clearly this is the proof that some here on ATS have been waiting for! Now the I told you so's can commence! We got em!!

As the Nato summit kicks off in Wales, complete with full-scale models of fighter jets alongside armoured vehicles dotted all over a golf course, Russia has offered its opinion of what it thinks of Nato’s display – by tweeting pictures of toys.

Finally the ever benevolent NATO can step in and stop the aggressive bear! I always wondered what it was like in the 80's with the whole cold war propaganda battle and I believe the 2.0 version is a good window to that time. I am still waiting for the latest round of rocky movies to come out!
edit on America/ChicagoThursdayAmerica/Chicago09America/Chicago930pmThursday11 by elementalgrove because: (no reason given)

already saw the tweet but your link is not working

Oh, those prankster Russians, Annexing part of a sovereign neighboring country then with the hotwheels.

I can not believe that we finally have concrete proof of what those sneaky Russians have been up to! Time to bring democracy to the Ukraine, perhaps it will turn out as well as NATO's efforts in Libya?

I know right! How dare they take advantage of the western NGO's orchestrating of another "color revolution" to ensure their acess to the black see and attempt to stop NATO from getting closer to their borders!

And how dare those Crimeans vote to go join Russia! Oh those Russians and their intimidation!! Thank god for NATO!

Try not to sound so bitter.

I was just being cute and cuddly.


Sorry, they were Matchbox not Hotwheels. 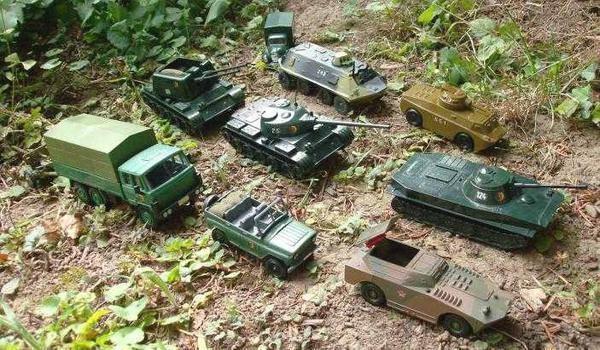 I apologize if I came across as being bitter, I did not read the rest of your post! I assumed it was the typical rhetoric about Russia invading Crimea! Totally missed the hotwheels comment!

You are spot on sir! They accomplished quite the feat with those Matchbox quailty vehicles, I suppose to figure out for sure if it is hotwheels or matchbox we will need to bring in a few intelligence agencies as well as a 24 hour news cycle!

I think CNN could come up with a lot of new tech simulations to help us figure this out!
edit on America/ChicagoThursdayAmerica/Chicago09America/Chicago930pmThursday11 by elementalgrove because: (no reason given)

posted on Sep, 5 2014 @ 12:50 AM
link
Freaking hilarious. It is so surreal seeing world powers 'trolling on twitter' but epic nonetheless. Gotta hand it to Russia - that right there is better proof than anything NATO has released. Get it? Because NATO hasn't released squat - save some photos of Ukrainian convoys.

The armor does not even match! Those are from different sets! Lmfao

Exactly they have not released anything! I mean honestly how many satellites do you think we have up there? With the technology that we have that the general public is aware of, getting proof of Russian troops should not be an issue at all!

The scripted propaganda is beyond hilarious, I honestly expect to see this image of toy cars plastered all over our MSM! I mean hey they will run with just about anything that is unverifiable and put out on social media!

Twitter is dodgy as hell,for the life of me I never understood why the BBC years ago when twitter 1st came out would promote it all the time and encourage people to follow them on twitter

BBC has a website,want to follow the news check the site out

Now news can become headlines from social media sites,and no background checking is required any more like it used too

Far too easy to deceive the public

As the saying goes only a twit uses twitter

I have never heard that saying, but man I like it!

I will always remember when Marie Harf the US state dept spokesperson had no other answer than to admit that they had gotten their theory as to Russia having a hand in the downing of MH17 from social media! Priceless!

Fortunately for us people are slightly more aware than they used to be and the usual tricks are no longer working!

Concerning MH17,has there been a D notice served on that?

I might dig about on the net and see what the lasted media information is as I honestly can't remember it's being mentioned for some time now,but perhaps it is

posted on Sep, 5 2014 @ 04:11 AM
link
Ok the Dutch team investigating this will deliver their preliminary findings to the media on Sept 9th

I have not followed it as much myself, but do find it very strange indeed that we are not hearing a word about MH17. To me it speaks volumes about the truth that has been found out or one could say been known all along.

Given how vehemently our media as well as leaders screamed for Russian accountability, one would believe that if there was any actual blame to be placed at the feet of Russia/ Ukrainian seperatists we would have heard about it time and time again. It is funny how quickly the script was changed to Russian troops.

IMO rebels didn't do it,but I don't have all the information so will be eager to see the report in a few day time and look at the evidence and dot the dots

posted on Sep, 5 2014 @ 04:25 AM
link
This picture is making rounds for a few weeks now and they just retweeted it. It was mocking the West that cries all the time that Russia invaded Ukraine but still didn't provide any evidence. Few satellite images were posted without any clarification when and where they were taken and with a quality much worse than a decade old Google satellites. They could have just asked Google to take few pictures if their hi-tech satellites are unable to take good pictures. So yeah, they retweeted it just like thousands of people before them to mock NATO.
edit on 5-9-2014 by baburak because: (no reason given)

originally posted by: Whereismypassword
Ok the Dutch team investigating this will deliver their preliminary findings to the media on Sept 9th

I think they will only say that the plane was shot down. Full report will be published in the second half of 2015. So this time frame says enough. I think they found something that 'West' doesn't like.

posted on Sep, 5 2014 @ 04:39 AM
link
The experts in England who had the black box must have already told the UK and USA governments this information the west won't like,if it had any hint of showing rebels or Russia did it I'm sure a leak to the media would have had headlines the next day saying Putin ordered MH17 shot down

posted on Sep, 5 2014 @ 04:49 AM
link
There has been so much propaganda thrown around in this entire build up to what you could very easily call the road to WW3.

I am amazed at how well the whole evil Russian good NATO thing works for some people.

I being from America, have never quite understood how we have been able to be as aggressive as we are throughout the world. I mean literally everything that any talking pundit has to say about Russia's aggression in Ukraine pales in comparison to our action in countries far away from our borders!

To me NATO's agenda is clear, I could be wrong but I see it as a thug organization, you could call it the hitman squad of the FED, World Bank, Bank of International Settlements etc. I am glad that recently someone had a thread on Gadaffi, for what they did to Libya is very real example of them in action.

Beyond the black box, I would like to know why those ATC records have not been at the forefront of this investigation, for all the world to look through, at the very least to dispute Russia's disclosed military intelligence.
edit on America/ChicagoFridayAmerica/Chicago09America/Chicago930amFriday5 by elementalgrove because: (no reason given)