I want YOU to fight and die in WW3, did you start training?

originally posted by: liejunkie01
Well the way I see it,

We don't have to worry about a thing. Obama doesn't have the balls to go any further than talk. He can talk the talk, but he can't/won't walk the walk.

Unless he can apologize us to victory.


Normally, I would agree with you, because it is obvious that Obama's personality is sheepish

There is just one problem..........He Ain't In Charge.....if military industrial complex decides to have a war, Obama must deliver.

He would be like "guys come on, do we really have to"

Military Complex, "Do it Do it, Damn it Do it"

originally posted by: BaconNeggs2
Do people who support this latest attack on Russia using bought and paid for Kiev Junta

Kiev Junta .. what military force took over the Kiev government? I must have missed that invasion.

We do have a Donetsk Junta though ....

originally posted by: OccamsRazor04
Kiev Junta .. what military force took over the Kiev government? I must have missed that invasion.

We do have a Donetsk Junta though ....

I am glad you are here, I see you as an educated western intellectual. Your views are always coinciding with views of US government, and you are fully welcome to your opinions.

Are you ready, to run and hide in shelter ?

Do you know if there is one close by ?

I live in Canada 6 months at a time, and I gotta be honest with you, I have no idea where the shelter is, nor do I know if there is one.

I suspect you don't know either, where you live. But I suppose you calculate that war will stay in Europe, US hands are clean....right ?

I am ready for you to answer the simple question I asked. I am unaware of any Kiev Junta, can you show me how and when that happened?

I am ready for you to answer the simple question I asked. I am unaware of any Kiev Junta, can you show me how and when that happened?

Use the search function of ATS

The same color revolutions US tried to pull off in Russia and failed but succeed in other countries.

US is good that way, they are very good at sabotaging people.

No, I don't need to search ATS thread, I want an actual source, which will be hard for you to provide as it did not happen.

1.
a military or political group that rules a country after taking power by force.

I would like you to cite an actual source for this occurring.
edit on 2-9-2014 by OccamsRazor04 because: (no reason given)

originally posted by: OccamsRazor04
No, I don't need to search ATS thread, I want an actual source, which will be hard for you to provide as it did not happen.

Well, as there is nothing to support your charges, you should stop saying it, not that I expect you will.

posted on Sep, 2 2014 @ 06:15 AM
link
In this Corporate Globalist Utopia there is no nationalism, just global interests on what the masters tell you is your enemy. You will not be fighting for your country but for the new world order.

First off, i would say that Ukraine for Russia is not even like Quebec for Canada, but more like Scotland to England even closer if you consider that first historical Russian capital is Kiev. Sure there are people now in Ukraine that will claim that they are true offspring's of Kievan Rus and not modern Russia, but it is lame excuse we always look at more powerful entity that emerged during the history as the "rightful son". Ruric dynasty started to rule in Kiev in about 9-th century, later capital moved to Moscow and from 17-th century the dynasty of Romanov ruled over Russia from Moscow and St-Petersburg. By the way Romanov dynasty was more German and not ethnic Russian. After Peter the Great which is considered 100% ethnic Russian they progressively became more and more German with each generation. So, that every wife of Russian Emperor was German woman, btw Katherine the great was 100% German princess.
In that sense Russia become more Europe oriented since 1700-ties and could've become member of NATO in the beginning of 200-ties if more western politicians and diplomats thought like topic starter. Unfortunately, there was no personal chemistry between Obama and Putin and the things deteriorated very quickly. USA was interested to destabilize Ukraine and to weaken Russia, they sponsored winter 2014 Maidan. It happened partly because Obama doesn't understand Russia and perhaps underestimating Russian nation. It is true Russians and Ukrainians may look dumb for a long time fighting each other, but in case of massive boots on the grounds operation either by Europe or USA I expect a lot of resistance even from Ukrainian nationals. For better or worse conventional large scale war is very unlikely on the Ukrainian/Russian soil. After few tactical nukes in Novorossiya, which, btw, I don't know who will use first, the war will quickly turn into 10 minutes war with Intercontinental ballistic missiles.
I'm not sure yet it will be called ww3, since i still don't see the reasons for China to join on either side. China may join winning force and try to occupy Siberia if Russia lose or occupy South Chinese disputed islands , Taiwan may be even Japan if Russia win. Sure win or lose is not exactly good definitions in the case of Nuclear fallout, but still there will be one side more damaged and destroyed than the other. But as i said China will take wait and see position, so is all other Asian countries. In essence we will see western world fights his very close cousin (Russia) and "white man" will kill another "white man", so afterwards in the history this war will be known the final 3-rd act of white race self destruction.

posted on Sep, 2 2014 @ 07:01 AM
link
I am no warmonger but only a fool would support Putin in his illegal invasion of Ukraine. Ukraine is a sovereign state! Putin is behaving like a twentieth century dictator, I.e Hitler

Intellectuals never go to war, i'm a researcher myself and us researchers never do 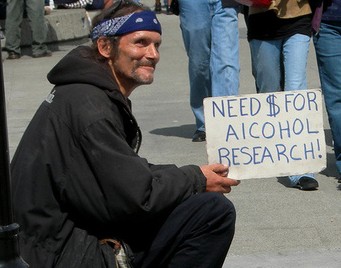 The research can never stop
edit on 2-9-2014 by Indigent because: as all in life big part of it is getting the funds

originally posted by: BaconNeggs2
I suspect you don't know either, where you live. But I suppose you calculate that war will stay in Europe, US hands are clean....right ?

posted on Sep, 2 2014 @ 07:17 AM
link
a reply to: biggilo
Ukraine became sovereign state for the first time in 1991, and only now they are trying to defend this state, nations born in war and Ukranian nation just starting to form as something different from Russia.
Ukraine had a vote in UN after ww2, but this was part of the deal with Churchill/Roosevelt/Stalin how UN will function,
in real history Ukraine was never independent state before 1991.

(post by bjarneorn removed for a manners violation)
StratosFear

posted on Sep, 2 2014 @ 07:18 AM
link
I will not fight but I will defend if it came down to it. With the nutjobs in positions of power around the globe the only way I can see them feasibly getting removed from those positions would be by force.

Unless a the people willing to go to war refused to fight. But I have never heard of a sudden epidemic of logical thinking, how bad ass would that be?

originally posted by: liejunkie01
Well the way I see it,

We don't have to worry about a thing. Obama doesn't have the balls to go any further than talk. He can talk the talk, but he can't/won't walk the walk.

Unless he can apologize us to victory.


obama doesnt need the balls he will be safely hunkered away in some bunker after all hell breaks loose...just like the kids in the schoolyard .."you touch me and my big brother will get you"...

posted on Sep, 2 2014 @ 07:38 AM
link
why american have to die ? isnt the reason US allowed so many illegals into america is to become america's future soldiers that healtier, fitter, smarter and complained less than the average american youth who based on military survey is too weak, too pampered , too fat and too dependent on their mobile phones ?

and stop blaming obama... he is not at fault.. he did his job well. isnt he an actor who act as US president ? in that regard he did well,, blame those who behind obama..
edit on 2-9-2014 by buntalanlucu because: (no reason given)

posted on Sep, 2 2014 @ 07:49 AM
link
a reply to: buntalanlucu
Don't worry you will not have to fight. I forgot to write in my original post the reason why I posted at all

Enough 10.000 US soldiers in Novorossiya (and US have 10.000 troops) to turn this war into Nuclear missile quick war. You will not have the time for the draft, anti war demonstrations etc. All will happen very quickly.

They're becoming increasingly desperate to start WWIII. Problem is we're not buying it. Many "white hats" in the pentagon are no longer buying it. Putin is not buying it.

Like a vicious brat with the power to kill and destroy cities, the neocons are nevertheless seen for what they are, Satan worshipping war mongers who need ritualistic murder through war.

The false flag attempts are uncovered and seen for what they are immediately. Russia simply needs to hold out for the inevitable bankruptcy of the EU and USA.

I have to hand it to Putin having the maturity and conviction to be patient and let the EU and USA destroy themselves.

EF You Kay the NSA
edit on 2-9-2014 by mcChoodles because: spelling