Who Deserves a Star?

posted on Sep, 1 2014 @ 07:12 AM
link
It shouldn't. People usually give you a star because they like what you posted or agree with you. You do have a cute avatar though.


Does your side pic determine how many stars you get?

I would have no stars then

You'll be able to tell shortly.

posted on Sep, 1 2014 @ 07:25 AM
link
I tell you what... if it did, theres a certain member with an awesome avatar with a super hot very know chick... that according to your theory I would star again and again... but he or she (hey I know but do you?) is a cretin so, NO STARS unless he or she says anything meaningful which happens a) when the halley comet appears or b) when 153 lightnings strike at once in the same place... or the legend says that it will happen in the middle of the battle of Armageddon... hey... who am I to judge?

I love your Avatar, and you have been around since 2005? Stared Post.

posted on Sep, 1 2014 @ 07:38 AM
link
It should not determine that. That's no better than Facebook to promote conversation since many abide by the star count statistics to whether they agree or disagree with comments. There was a thread a while back that illustrated that it does happen when someone likes the avatar in question. While there's that, it doesn't mean that is the only reason people give them out. Your case in particular? Maybe you are posting more of what people agree with now then before?

I always wondered what your chimp was doing BM...

I suppose that Rodin crimping one off on the bog whilst having a sneaky smoke probably doesn't deserve one though...

I noticed that when I had my cute and fluffy Wil E coyote avatar I got more stars... but heck... what is a star after all when you are in good company?

Rodinus
edit on 1/9/14 by Rodinus because: Yet again... crap spelling due to typing too fast.

FYI, I fast forward past your posts because of your avatar.

It is too distracting to allow me to read your posts.

Ah the power of the great sage monkey udes you then

yer such a star whore lol... HOW IS THAT POSSIBLE?

The guys on the avatar thread have some good ones, they sorted for me some nice animated avatars, a rotating moon and a blinking Swedish 60's actress from a movie clip, they looked great but were distracting me when typing.


Edit to reading instead of typing.
edit on 1-9-2014 by theabsolutetruth because: (no reason given)

hey looked great but were distracting me when typing.

But you don't see them while typing 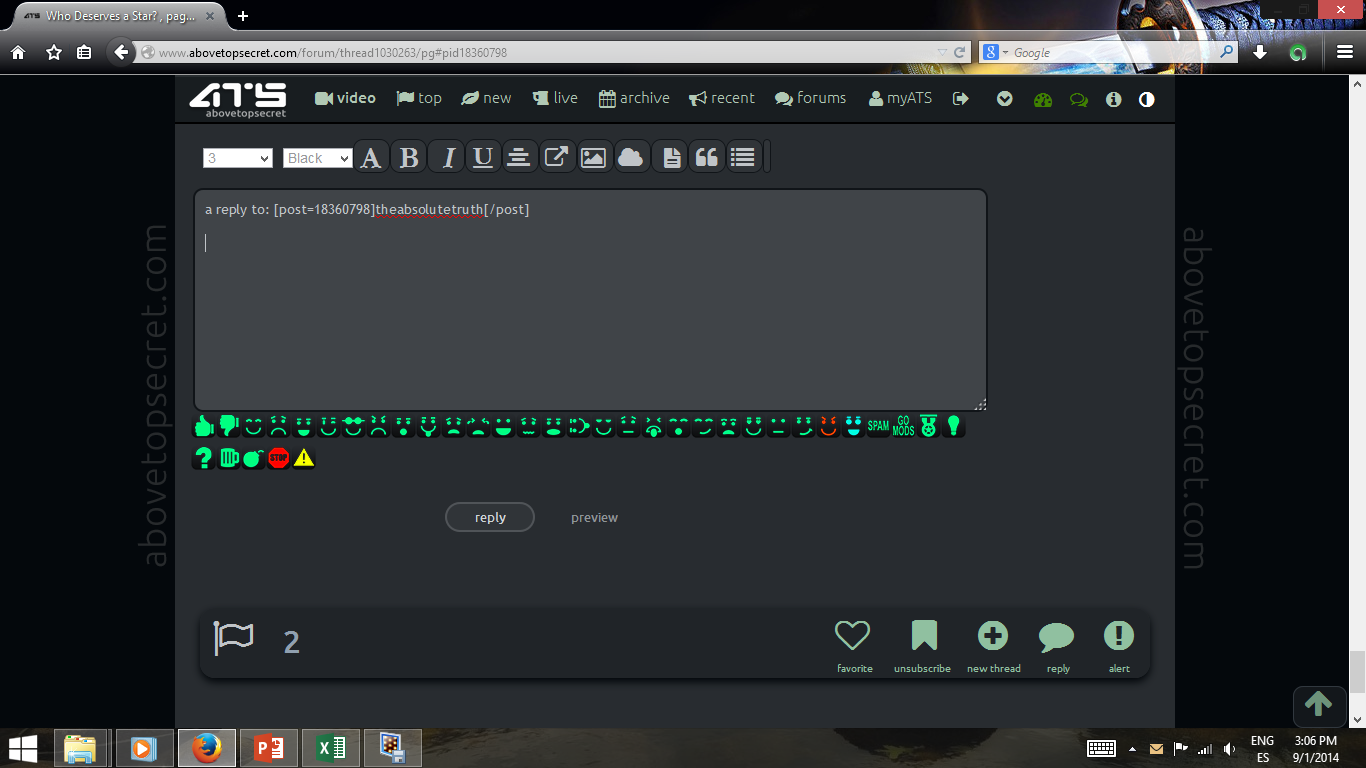