PLYMOUTH MEETING, Pa. (WPVI) -- A strong odor of gas throughout parts of Montgomery, Delaware, Chester and Bucks counties has prompted hundreds of calls to PECO.

The odor was first noticed Saturday afternoon in Haverford Township, Marple Township, Radnor and Upper Darby - all in Delaware County.

PECO officials are still trying to determine the source of the odor.


Just to give you an idea of how widespread the area is...

...and this is a wind direction map for the current conditions as of this post, the speeds of which are ranging from mostly 7 m.p.h. up to 10 m.p.h. near Philadelphia. 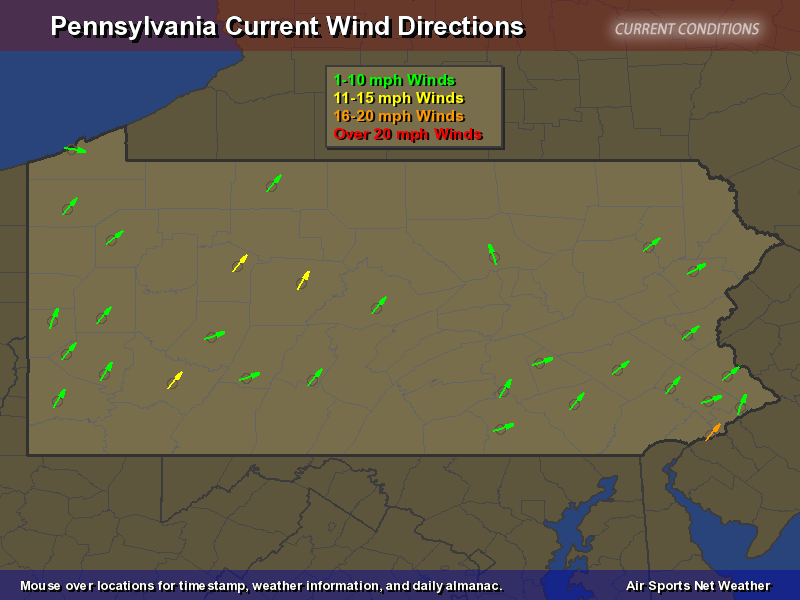 Based on these wind directions perhaps the source is located southwest of these locations (Maryland, Delaware)?

Natural Gas has "the odor" added to help determine when a source is leaking so it doesn't allude to any natural leaks I wouldn't think.

Are there any ATS members living in that area that can confirm the smell?

Nevertheless...if you live in the lower Eastern PA area, you may want to exercise caution before you decide to light that grill on this Labor Day weekend, and may be wise to keep a relatively safe distance from any planned fireworks shows lol.

I live in the area and travel between Philadelphia, Delaware and Chester county daily. I have not smelt the odor but I will derinitely ask a few friends and see if they have noticed anything. Thanks for heads up.

Is there a lot of fracking going on in that area?
edit on 31-8-2014 by rickymouse because: (no reason given)

That was one of my initial thoughts as well...and I dug in, but based on this map...this area is a fair stones throw away from any drilling areas. 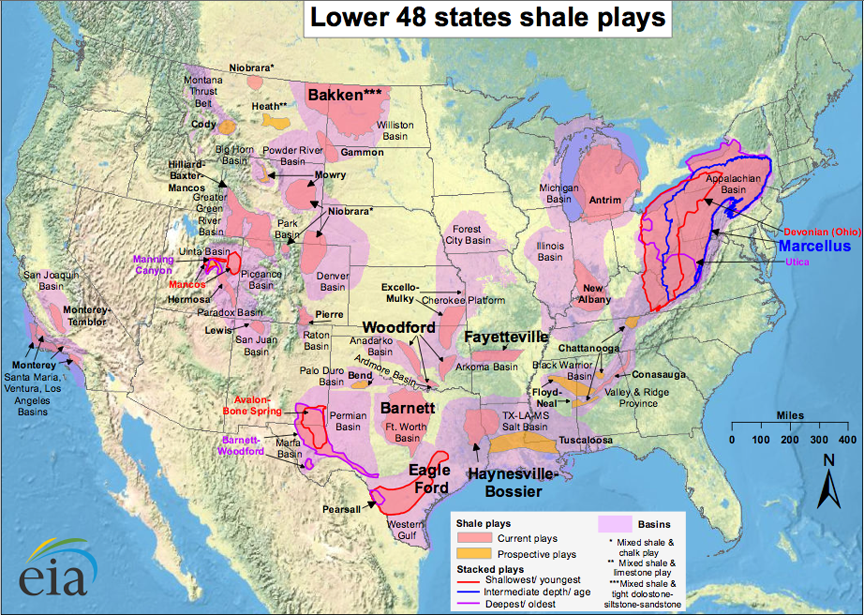 The fact they can smell the odor alludes to a man made source I am thinking. Where that source is...seems to still be up in the air...pardoning the pun.

posted on Aug, 31 2014 @ 03:03 PM
link
The following is my opinion as a member participating in this discussion.
My husband is in that area at this moment. No smell. There are A LOT of refineries in that area. All sorts of crap is dumped into the air there. Could be a ship in the river doing something nasty. That being said, we are having a summer shower at the moment. It could clear the air out for whoever is smelling 'the odor'.

Your report and the one above is two negatives for the reported smell. That's a good sign.

posted on Aug, 31 2014 @ 03:24 PM
link
I live on the Marcellus shale line. There are constantly issues that individuals and not the companies are discovering. The whole thing is a mess.

I hope people take their own precautions and don't expect others to help them. Its been historically cheaper to pay compensation after the fact than to fix issues.

posted on Sep, 1 2014 @ 04:07 AM
link
Well there are refineries and what not in Marcus hook, right on the delaware pennsylvania line. They recently re-opened I beleive.

Many many many times I have come out in the morning or late at night and theres a strange smell in the air. Everyone knows its from the refineries. One time it looked like it was snowing in late July, ash from the refinery was falling out of the sky.

I also heard that area and surrounding area has the highest cancer concentration on the east coast... never bothered to verify it.

I know they are doing things they are not supposed to be doing there at night.

Lol @ the lady reading the news report in the video "Many customers have called Pee Eee Cee Oh".. she must not be local.
edit on 1-9-2014 by sicksonezer0 because: (no reason given)

originally posted by: sicksonezer0
I also heard that area and surrounding area has the highest cancer concentration on the east coast... never bothered to verify it.

True. We are in a 'cancer cluster'.
Heavy rains last night. Whatever it was probably got washed out of the air.

posted on Sep, 1 2014 @ 08:33 AM
link
hi everyone. i'm to the West of the area in Lancaster. the wind rarely blows from East to West, unless there is a hurricane coming up the coast, so, i won't smell anything. although, i do know Lancaster ranks high up with major U.S. cities when it comes to air pollution/quality. people will do anything to save money. it's just a microcosm of what's going on all over the world with the illegal dumping and what not. The fracking is slightly to the North of the smelly area mentioned above. do you wanna know what i heard that is really disgusting? i was listening to the Jason Ellis radio show on satellite radio a couple of weeks ago and they had listeners call in and admit to shady stuff they do at their workplaces. this guy called in and said he hauls the fracking waste (chemical filled waste water & oil) for a company. he is told to "just get rid of the waste" somewhere. he admitted to just driving to remote areas and just dumping the stuff.

also, there was an article in the local newspaper a couple of years ago saying that Lancaster City is one of the places frackers dump their waste in certain "waste management" places. sorry to steer off topic a bit, i just got reminded of how disgusting some of us humans are.

posted on Sep, 1 2014 @ 10:57 AM
link
a reply to: TheRealTruth84 There has been a couple reports of UFO sightings in PA over the last couple of days.
It makes me wonder if there is a connection. We have had a couple odd sightings in the last week and there is a strong sulfur/tar dirty earth smell..its gross and gives a headache.
Obviously there is no smell meter online but what is the description of the odour in PA...if anyone knows.
Something to think about.

posted on Sep, 1 2014 @ 08:10 PM
link
a reply to: cosmicgypsy I used to live in Bucks County and some years back, had a spectacular ufo sighting at night while fishing. Several folks called in and reported that one. I know the refineries and paper mills can cause very gross odors and that area has a lot of industry nearby. However, it is still of interest and could be from something else.

We moved to Louisiana to live out in country/forest areas and both properties got ruined/contaminated and we had to move because of fracking. Those wells were too close and when they "blow" a well...vapors go for miles. They say it is odorless/harmless but lotsa cancer clusters nearby there too. I know fracking isn't the issue relevant to Bucks County but there could be odd causes...I hope not earthquake related. There is a big fault line that exists on the bottom of the Hudson River in NY found by ConEd divers...not sure how far it extends or exactly where it goes from there. Stay safe all.

posted on Sep, 1 2014 @ 11:36 PM
link
Really strange I live one country over in Lancaster and Saturday afternoon my wife called me downstairs and said she smelled gas and wanted me to call someone I reminded her that we don't have gas so there can't be@leak in the house but I couldn't tell if I really smelled it too or if it was power of suggestion but something must have been going on in living here fifteen years she never did that before.

posted on Sep, 2 2014 @ 02:28 AM
link
Those carriers should have dumped it on the companies executives homes, it would be worth it to finally have those in charge have to deal with the effects of their actions. If there is no problem with the waste them it should be no problem to clean up, but we know it will be a huge mess to clean up and drop property values as well.