Greg Gutfeld is a comedian why does it matter what he says? Bill Maher calls Palin a dumb c*nt and no one says a peep. Just more left wing hypocrisy at it's finest. If they say it, it's fine, if the right says it get out the band wagon and start the march. Why can they call for the death of a policeman for not giving a black kid due process while wanting to take away due process for the policeman? It's all divisive and needs to stop, quit being a pawn.


You couldn't manufacture more straw men if you ran a scarecrow factory.

Which presenter/host from a MSM news channel was advocating killing a policeman? Or could it be that you just made that up? When did Bill Maher get a gig on a news channel? How about other comedians that have the right-wing panties in a bunch like John Stewart and Stephen Colbert? Their shows are on news channels now?

As to your comment about "It's all divisive and needs to stop" I'd like to point out a rare admission by a prominent right-wing demagogue:

“I remember it as an awful lot of fun and that I made an awful lot of mistakes, and I wish I could go back and be more uniting in my language,” Glenn said poignantly. “I think I played a role, unfortunately, in helping tear the country apart, and it’s not who we are.”

“I didn’t realize how really fragile the people were, I thought we were kind of more in it together,” he added. “Now I look back and I realize if we could have talked about the uniting principles a little bit more instead of the problems, I think I would look back on it a little more fondly. But that’s only my role.”

There's nothing quite as ironic as this laughably ridiculous and wholly hypocritical charge that the left is "divisive" and the right is not.

posted on Aug, 29 2014 @ 01:19 PM
link
The following is my opinion as a member participating in this discussion.
I wouldn't call Brand 'left wing commmie scum'. I'd call him a guy in serious need of a haircut, shave and shower. And he isn't funny at all. Sorry but the dude doesn't tickle my funny bone. yuk.

Side note - lets see if I can actually get something posted with this internet attack going on. I've been kicked off all day.

posted on Aug, 29 2014 @ 01:46 PM
link
This is why I staunchly am against Celebrities taking on political commentary and attention in MSM. First of all you are giving airtime to a Brand, no pun intended, instead of the people with their boots on the ground. Second, Russell (and I don't know who he is or even care to look him up) and the rest of his lot are just using it to further their career opportunities. Any real celebrity that is actually politically articulate will soon fade from view, be blackballed, and in worst cases die. Outside of Dick Gregory, who gave up his limelight to be a walking talking revolutionary, albeit jaded, but still active in the causes of his personal morality, I see no one taking that plunge.

A waste of space is a celebrity trying to be political, and telling the rest of us what is and what ain't.

originally posted by: ArchPlayer
Second, Russell (and I don't know who he is or even care to look him up) and the rest of his lot are just using it to further their career opportunities.

Don't you think it's wise to know what you're talking about before you talk about it?

A waste of space is a celebrity trying to be political, and telling the rest of us what is and what ain't.

I'm sure there are many members here that would disagree. Ronald Reagan anyone?

posted on Aug, 29 2014 @ 05:06 PM
link
I had a major awakening while working at Fox News and MSNBC. (They're both located at 400 N Capitol St in DC just three floors apart). It became undeniable that they were both peddling the same pro Israel BS from supposedly diffent ends of the political spectrum.

MSNBC had some of the very same neocon hatred spewing sociopaths on their shows. Having studied the history of Palestine from the turn of the century, I nearly jumped on the set and through a penalty flag the first time I heard Daniel Pipes straight up lie about the history of the region.

Russel Brand is far more legitimate than any of the so-called experts on cable news. Unlike the paid pro Israeli shills, it is obvious Brand is saying what he believes not what he's being paid to spew out and Brand's point of view represents a growing number of human beings around the planet.

The irony is that for all their former power, the cable network's ratings are at historic lows and falling. Human beings naturally turn away from the smell of a turd.

The cable networks are becoming a caricature of a whiny brat. The owners of the propaganda machines are in a complete state of panic as they are losing control of public opinion and their former ability to cause fear and hatred.

I only occasionally watch my former employers when I'm suffering from slow moving bowels and I need something to get them moving.

I dont think he is commie scum. I think he is just a nut case... a comedian, just another hollywood type who is out of touch with the common man and thinks he knows better than I do how I should live my life.

When hollywood types drop their humongous mansions, stop flying on private jets and control their carbon feetprints (lol) I might then, just might, listen to anything they have to say. Until then... they can stick it. Can you say hypocrites?

I guess I'm just not understanding.

So he talks about politics.

So do a lot of people. I talk about politics, and am far smarter than this douche-potato.

I talk about politics, and am far smarter than this douche-potato.

It's funny because its true.

I could call CNN, MSNBC, The Huffington Post, Yahoo News, among others, "left-wing, hippie, liberal, cry babies with no backbone". Which is something I would never want to be called. No sir.

We’re not sure how nasty it has to get between Fox News and Russell Brand before the two decide to meet up, kiss and put it all behind them,

Ah. Liberals, and their men on men action.

Two days ago, comedian Brand used his YouTube channel to address the criticism levelled at him for his own denigration of Fox News’ coverage of the Ferguson protests.

He had originally condemned the news station for hiring a token black person to come on to lament the riots and was labelled “left-wing commie scum” as a result by Fox presenter Greg Gutfeld.

Here are videos regarding Brand's rebuttals of Fox News:

Maybe you should watch some more of his videos before judging him, he isnt nuts, nor are his ideas. On the contrary hes obviously intelligent and very good in pinpointing exactly whats wrong with certain things and sometimes how things can be solved.
He's just making people aware, whats wrong with that? Its a lot more than most of us here are doing.. And he just does it in the only way he knows how: by being an entertainer and not taking things, including himself, too serious.

For gods sake he could be an ATS-member: Against the establishment, against MSM and against big corporations and not afraid of speaking his mind on live-television or wherever.

Its beyond me if you cant respect him for that because thats exactly how I would describe the ATS-community. But I didnt know being judgemental as fk was part of that discription/

And what would be your opinion of Ann Coulter, Rush Limbaugh, Sean Hannity, Sarah Palin?

But Brand needs to take a shower or something...he looks so unkempt all the time. How can anyone take him seriously is beyond me. Just another has-been comedian who has gone all bitter.


come on man whats wrong with people that have long straggly hair and beards? 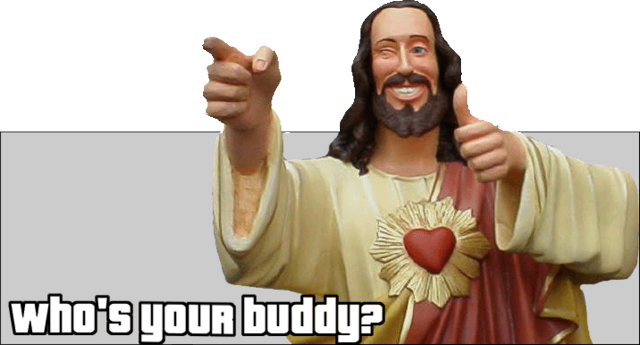 originally posted by: beezzer
a reply to: whatsup86

And what would be your opinion of Ann Coulter, Rush Limbaugh, Sean Hannity, Sarah Palin?


I didnt know any of them to be honest, except Sarah Palin ofcourse. But looking on yt theyre all kinda 1 breed apparantly. I dont know what Brand has to do with these names, maybe you can eleborate?

Flip side of the same coin.

I would say that at least Ann, Sean and Rush are probably better informed.

posted on Aug, 30 2014 @ 09:51 PM
link
I wouldn't call him a commir-scum .. but he is definitely very left wing and very uninformed and I would sooner listen to Rush Limbaugh than Russel Brand.

Now there is some shallow thinking in the deep end of the political analysis. Only the left could create a Faux news program called a comedy show to slander decent people, and when someone points it out its they that are said to produce a strawman argument. The whole concept of the Bill Maher show is the strawman. Stange you find it acceptable for someone to speak with contemptible slander calling Sarah Palin a dumb c*nt and yet will be the first to call Limbaugh a right wing wingnut when the word "News" doesn't appear in his show either.

Maybe you could find a better way to defend the indefensible divisive tone the left loves to use while pointing out stawman concept of the right trying to divide the country. If the attitude of your attack policy in your post isn't the simple example of left wing divisiveness nothing is. In typical left wing fashion it's attack the person because shallow thinking is the only thing the left can muster in the deep end of political reality.