Worst TV Show Ever - Based on the best legend EVER 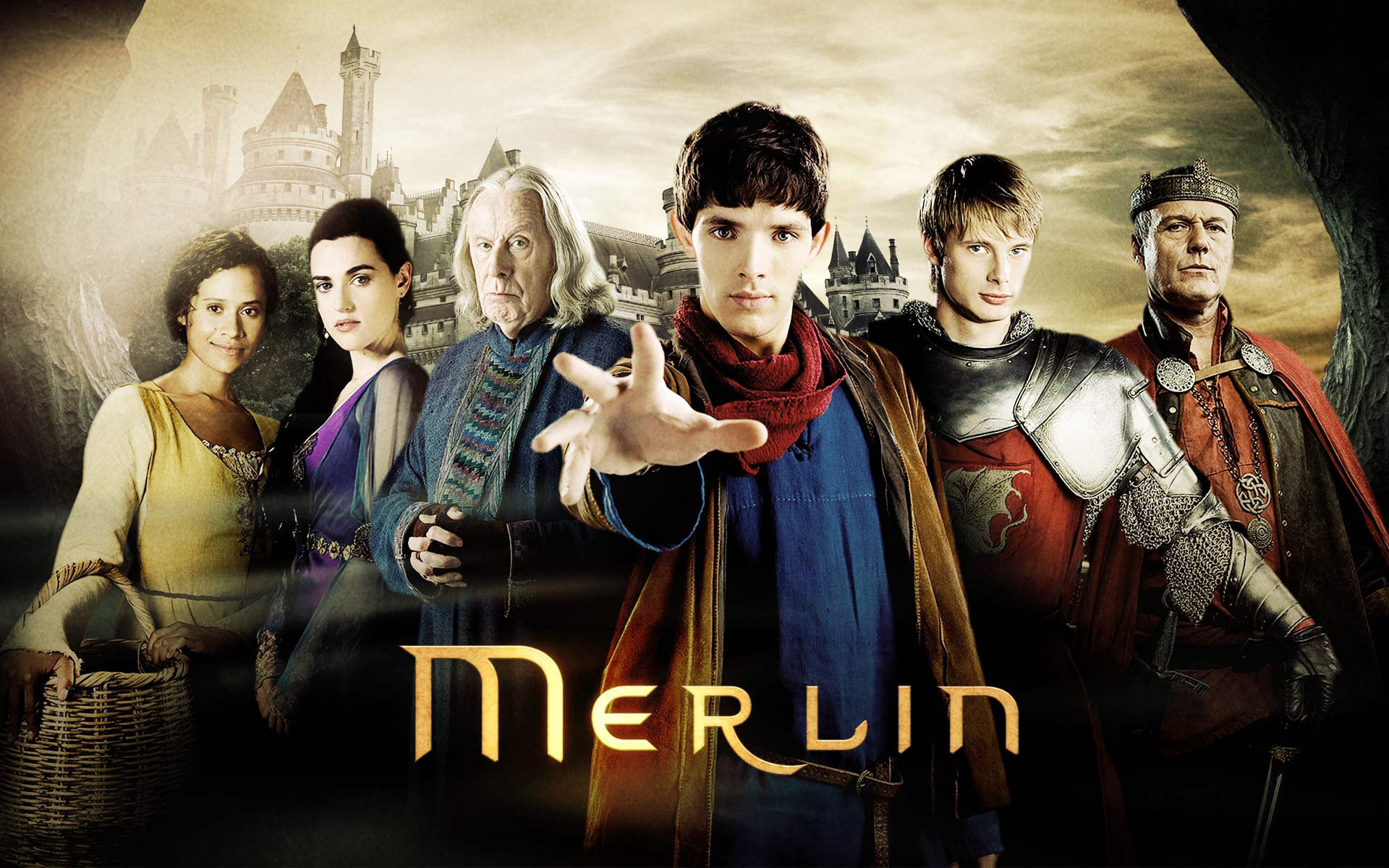 I realize some people like this show so I say at least hear me out before judging my judgement.

Here are my quips with the show and its writers/producers.

1. They completely gutted the original story, or the accepted accounts of Arthur, Merlin and the legend surrounding them. Now, be that as it may, it's not the end of the world. The real blow to the viewers however, is that they took such liberties and then stuck certain points which didn't fit in with their own work.

-Uther is a hated king which in legend he is loved by the people.
-Gwen is black (her name means "fair")
-None of the lineages are correct. Morgana and Arthur being half siblings is close as they come. As well as so many characters living out of their time.

OKAY OKAY, so its a re-telling I get that. But (SPOILERS ALERT)

At the end they have to kill off Arthur and leave Merlin wandering around until his return? That's complete and utter BS. They spent so much time being PC in dealing with every situation, including letting characters live when it made no sense to, and now at the end we watch him die and Merlin miss out on everything he worked for. (A peaceful realm with magic and Arthur's acceptance.) I realize this is kind of implied but we don't see any of it and Arthur isn't there to approve of magic finally. SPOILER END


2. A lot of the characters betray their own beliefs.

-Uther is a bipolar lunatic. But he's actually good in that. He made a really good antagonist in the show. And he's about the only character I was okay with betraying his set ways, because, realistically he was a self serving egotistical psychopath. If he used magic, it was okay, just part of his narcissistic-egomania personality. But, nearing the end he goes back and forth so much its a little hard to believe.

SPOILERS
The only problem I have really is when he comes back as a ghost. Nearing the end he became more accepting of things and he always loved his son, but now he's going to kill him? Plus, the whole "OMG ur a sorcerer!!!" when he's a ghost using magic himself. It was LOL-funny but kinda stupid.


The main problem though is Merlin, when he is given the chance to change Arthur's mind. He is forewarned by the three goddesses that Arthurs fate is sealed if he does not change his ways and this is the very last chance for that, no more shall be given. We are talking about the keepers of the old religion, telling Merlin "Look, this is whats gonna happen if you don't do XYZ!" and he says "no place for magic in Camelot." Huh?

The prophecies telling you Arthur is gonna die are driven by the old religion, the old ways, MAGIC. So if the priestesses are saying, "You MUST do this or your fate is sealed..." Merlin would obviously choose that. Not to mention that is what he has been working for all this time. This was the first time Arthur actually asked Merlin, "Should magic be legal or not?"

He had already given clemency to the druids he was on the path to this and it made sense.

To me, this is where the show died for me. I put up with annoying Morgana and so much more, repetitive plot lines, plot holes and loop-d-loop stories but when this happen it really killed the show. Ironically it sealed the shows fate. They could have taken it so much further. Made magic legal in the kingdom so long as it was good, and then Merlin and Arthur face a final showdown a few episodes later with Morgana and Merlin reveals himself to Arthur.

That would have been great! Could have taken the show another 5 seasons had they done that. Think about it, it would have been an entirely new world to see. New enemies, new problems, new alliances. There now could be a good vs evil magic storyline arc.

Instead we get pure tripe.

Last but not least. Morgana, Morgana, Morgana... Oh god, worst evil villain ever. Forget having to put up with her seamlessly installing a spy EVERY GOD DAMN TIME, but she became a cartoon villain by the end of the forth season. I can just hear her minions in my head, "And then you will finally take your place on the throne", "and then you will finally be queen, as you should be."

or her in her cartoony evilness "And then I will kill Arthur", "Ha brother! I finally have you! And I will kill you!" "Now I got you at last", "And now I will seek my ultimate revenge."

She really comes off as a bipolar teenager, and in some cases it makes good for a character like that. I mean they have to be screwed up. But she wasn't really scary so much as she was angsty and annoying. Merlin should have killed her off long before the writers did. Oh well. The death knell for the show was all these points. It wasn't true to itself in many ways. But at least it did give us some amazing moments and a few really memorable and loveable characters .

They should make a movie, or even a new series. Have Merlin in present day, waiting around for the return of Arthur (the once and future king)... And suddenly Arthur pops up and is like, "Where am I? All I remember is going to Albion/Avalon, and the faeries took care of me, but it only feels like a days past." Then Merlin explains the 21st century to him.

He starts thinking everything is magic until Merlin snarks, "HA! theres no magic anymore, this is all scientific stuff. Im the last of my kind."

Then he goes on to explain how kings and queens have long since disappeared and tries to tell Arthur about the modern political system, when Arthur declares, "I must run for office!"

AND then you have the pair running a campaign for political office, tongue in cheek all the way home.

If you are interested, I came across an interesting series of books a while ago that addresses the legend of King Arthur in adifferent twist. Called the Forever King trilogy by Molly Cochran. The 1st book is called the broken sword.

I never knew about the 3rd book until looking it up just now. Think I'm going to have to reread them.

posted on Aug, 30 2014 @ 10:31 PM
link
If you watch the show for enjoyment and stop being stuck on it not following the Myths exactly, it's a decent show.

posted on Aug, 30 2014 @ 10:44 PM
link
You definitely have to suspend "reality" in order to allow yourself to enjoy the show.
My wife is a HUGE Le Morte d'Arthur junkie; she knows literally everything about the stories, and yet she rather enjoyed the show. It gave her an opportunity to tell me (each and every time) what "really" happened compared to how the show portrayed events. She did like the re-telling though.

When the show ended, she was extremely disappointed.
edit on 8/31/2014 by ProfessorChaos because: Typo

posted on Sep, 10 2014 @ 03:52 PM
link
If you want a good and faithful adaptation of the legend, look to the one with Sam Neil. It was really well done, and is my absolute favorite version of it. Even has a great ending. Was just called "Merlin" as I recall.

I started watching Merlin, the series, but couldn't make it past the second season...just too much twisting around things for me. I couldn't get invested in it.

Never heard of that one will check into it. Thanks