With GPR (ground penetrating radar) the site has revealed itself to be far more complex than what we see above ground.....
What the archeologists will make of it remains another matter................Still, I find this amazing those olden peoples were capable of such intense efforts at "worship"?

posted on Aug, 28 2014 @ 11:08 AM
link
Just by looking at Stonehenge on Google Earth and you can get a good look of where other sites have possibly existed. 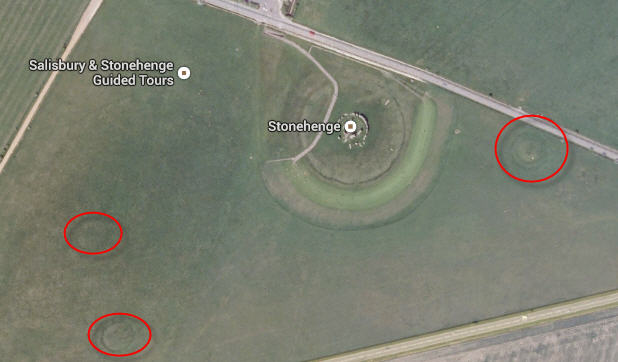 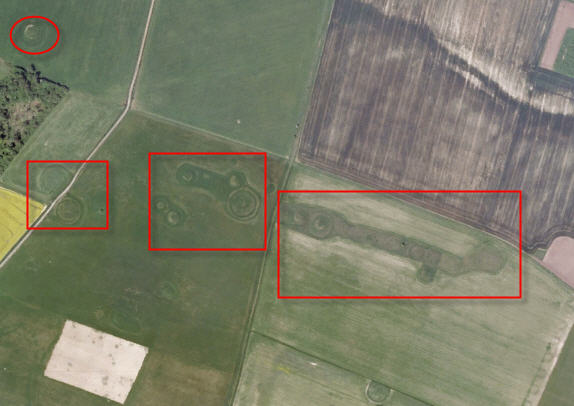 From looking at the last picture it almost appears like there was some sort of trench for either water or even possibly electricity. Who knows but it's very intriguing! Good post OP. 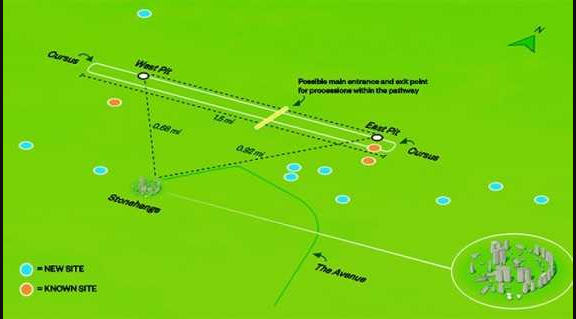 posted on Aug, 28 2014 @ 12:26 PM
link
that's why I love ATS! Thanks Hawkeye for your timely and valuable additions!
The trenches are supposedly pathways from and to various sites......I wonder of they are remains of waterways.....?

posted on Aug, 28 2014 @ 12:40 PM
link
After a good 10 minutes of searching for any hint of the radio imagery findings, I can't find any. Doctor Who likes to pop up first with images of the pandorica (concept art for the show/game). That part sucks because it sets my imagination on fire! It also leads me to believe that whatever they find might be hidden as soon as they find it. Perhaps we should all keep a close eye on this!

the edit: Nice findings on google earth, but aren't they looking below ground?
edit on 28-8-2014 by RodNasty because: to stay on topic

posted on Aug, 28 2014 @ 12:58 PM
link
I believe that Google earth does come close to a few of the designated areas.....satellite imagery has revealed such things as an immense system of canals and waterways from the past.... right on down from Maine to Texas I believe.....
Why wouldn't they coincide with ground radar?

It's fantastic, you're correct. That a system of canals and waterways could have functioned like aqueducts using gravity to bring water to places below them is a great observation. It could very well coincide with what's underground, but also, I know that these are seen from google earth. Can we really credit this program? It won't even show us the poles of the earth.

Yeah... i know. A little cynical. Sorry for that, but since this is a matter of such significance and controversy, google will give us exactly what we can understand and quit thinking about it seems. Inspired, I searched for radio imaging under the sphinx, nothing.. decades plus since that was ventured. I just want to see what they find before it's wiped off the face of this google earth xD

I agree, its best to take what is on google maps with a pinch of salt really. They have been known to make mistakes and even deliberately change and withhold certain features from us for various reasons.

But saying that, humans are clever. We did not just suddenly become clever a few thousand years ago after being stupid. Civilisations come and go in cycles, and there are many, many sites and remains all around the world, some of which pre-date this cycle of civilisation, that show we were far more advanced than the establishment would have us believe.

posted on Aug, 28 2014 @ 02:41 PM
link
A little off subject but does anyone else feel that Stonehenge should not have been reconstructed ? They re-assembled the entire structure in the 50s and set the stones in concrete,They have permanently damaged an ancient building site in my eyes

It really makes you wonder what may be under our feet at this moment. And to think what types of structures did the ancients build on top of or tear down to build their stuff...

posted on Aug, 28 2014 @ 04:26 PM
link
There are stones circles of all different geometric shapes and all sizes.
www.megalithomania.co.uk...

Micheal tellinger has a theory that these circles are some ancient form of power grid . That used the earths natural energy field . He has also found comes shaped out of stone that they call bell stone because if it's hit it vibrates like a bell. He attributes the ability of the man that built coral castle to this cone shaped bell stone. That he used it to vibrant a specific frequency that somehow counter acted on gravity or on the mass of it.

It's very interesting .. There has to be more to all the monoliths then sacrifice,buriels and worship that we are told. We find them all over the earth. They are always lined up with something celestrial and also we find that they are lined up with eachother. From stone hedge to mounds in Ohio in the USA to the circle of south Africa.

They have to have a purpose. If we could find the purpose it may be beneficial to all man kind.

They say there is a "line" that you cross as you approach the stones.. You can feel an electricity.. Skeptics even back this claim..

So, if and when you go.. Could you please post or pm me on whether this is factual? If so, approximate distant from stones when first felt, type of feeling.. positive, negative, oppressive.. I'm fascinated by it but know I'll never get to experience it for myself..

I know I'm asking a lot but it'd be much appreciated.. I live in Michigan.. if there is something here or close by that you'd be interested in.. ufos over, by or in one of the great lakes or anything you'd like more first hand inquiry.. let me know and I'll be happy to help..... Thnx

posted on Aug, 28 2014 @ 06:43 PM
link
Upon looking at this again I wonder if this is the one if the sites in the first picture? in this map it seems like that long shaft is a visual representation of the harmonic ratio. Possibly with 1.8 miles of a cord that was perfectly taught, you could produce a frequency with such deepness as to shake such massive stones into the harmonic oscillation that you would produce variable to the size of the stone with mechanisms in the two pits to act as two "fret capos" on the big guitar string but they would be more than capos. Perhaps this main length of cord (1.8 miles) would vibrate due to a harmonic of the earth's ELF frequencies. If this were the case, You could easily calculate which "fret" on the large wire to attach the smaller lengths, produce a triangle with the two smaller lengths converging at stonehenge itself. should cords be wrapped around a stone, it would just need a little push to be set into motion.

There's more complicated physics behind the oscillation of a string of that magnitude. Gravity defying physics. wow, what if!

posted on Aug, 28 2014 @ 07:21 PM
link
I understand some of the pyramids were built with specific frequency sound in mind....the sound was used for healing and seeing into the bodies of the sick.....??
Saw a Netflix show about it.....

Hopefully I get the feelings that you said