originally posted by: Kangaruex4Ewe
Don't believe it!! It's really for the Muslims.

J/K... I had to get it in before somebody else did because you know it's coming.

I didn't know they had the right to do that either though. That is strange. I suppose it will work for what they want it to. This will likely be a headline all over MSM before nightfall. I'm not sure how much good it will do, but it will certainly get some attention they are seeking.


You are ABSOLUTELY correct. That IS the Muslim sympathizer's at its finest. Who ever authorized that should be charged with a crime against American values, American heritage, and attempting to incite a riot. That is a flag I would burn in a protest!


You do know that camels originally came from North America right?


You do know that you came from Africa right?

No I actually came from Chicago my dad from Sicily so that's close to Africa.

originally posted by: Iamthatbish
If its illegal maybe they can replace that poor dehydrated camel with something more pleasant to look at.

Put the bear back on like it belongs. There was a reason for it to be there.
California Flag Info
It's the Californian grizzly bear and was chosen as a symbol of strength and unyielding resistance.

Most people don't understand the art of the flag. Its a dying art. I remember learning what the flag symbolized long ago. My kids did not learn this in school.

I may be considered antigovt. I still respect those that have fallen for our country.

originally posted by: Iamthatbish
Sooo are there camels in that state that aren't in a zoo? I'm always amazed in the way people just think differently than I do.

Yes! Camels are all the rage, especially in San Diego County. 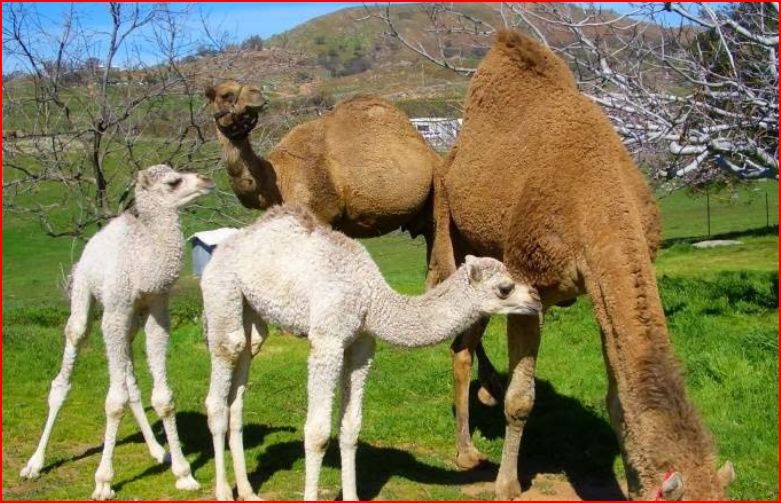 Instead of changing the flag outright, wouldn't/shouldn't the state flag be flown upside down to indicate a state of distress or emergency?

Many states have laws against using the US or respective state Flag for ADVERTISING PURPOSES. How many people should be charged with misdemeanors for flying flags in the background of gaudy used car commercials or fireworks stands? Or simply having one next to a logo?

Where's the outrage for that?

Whatever happened to freedom of expression?

I think the statement is a profound one in the case of the CA flag and helps raise awareness to a problem that will end up affecting the entire country.
edit on 28-8-2014 by the owlbear because: (no reason given)

posted on Aug, 28 2014 @ 10:22 AM
link
What a hoot to draw attention to a problem ….. Uh, and you guys understand this isn’t an official order but a stunt, or am I like Sheldon Cooper and missing the sarcasm in the posts?....HA!… anyway, here’s some neat info re camels in CA

I wasn’t around for the former, but I do remember the latter.

Actually, the Grizzly on the state flag just might need replacing, as the last CA one was killed about 100 years ago.

originally posted by: the owlbear
Montana had a fine of up to $50,000 and prison sentences for Flag desecration.

California has it a misdemeanor without any set penalty.
It's up to a prosecutor and judge if they want to go after it.
The judge would have full decision on what punishment, if any, to impose.
Considering all the BIG problems going on in California, I doubt they'd go after this.

Go back and take a look at the law. They did not actually "deface" a state flag.

They had a flag made.

They did not take a state flag (one that was made to the specifications for the state flag), and then "deface" it by putting a camel over top of the bear (or writing on it, or burning it, etc, etc).

The national and state laws are to protect the actual flags that have been made, that are suppose to represent our nation and/or states.

Having a flag that looks different made from scratch is technically not against the law (so long as it's not used in any official capacity).

We know this is true as there have been cases of things that look like our national flag (remember stars and stripe jeans? One of my aunts used to wear them in the 70s), or state flag. We have seen flags made and used as movie props or TV props.

The law is to keep people from going out and getting an actual national or state flag and THEN defacing it. Making a flag from scratch that looks different isn't actually against the law, unless that different flag that was made is THEN used in some sort of "official" capacity (IE flying it at the state's capital building, having it used as a symbol of office, etc).
edit on 28-8-2014 by eriktheawful because: (no reason given)

originally posted by: eriktheawful
They did not actually "deface" a state flag.
They had a flag made.


Hmmmm ... I wonder if that would get them off the hook for the law?
The intent was disrespectful to the flag ... hmmmm ....
it would be interesting to see what a judge would do with it.

You never know...
During the same Google search, in May of this year, in our PA no less, a Native American man was charged with desecration when in protest he spray painted and flew a US Flag upside down. Supposedly. The link was broken and the original source was the daily Paul. Wouldn't surprise me, though.

Those are dromedaries, also known as the arabian camels
or the indian camels.
edit on 28-8-2014 by LionOfGOD because: (no reason given)

originally posted by: eriktheawful
They did not actually "deface" a state flag.
They had a flag made.


Hmmmm ... I wonder if that would get them off the hook for the law?
The intent was disrespectful to the flag ... hmmmm ....
it would be interesting to see what a judge would do with it.

Then they would have to go after....EVERYONE if you think about it.

They are not defacing or doing anything to an actual flag for the state. They had a flag made that looks like that. One would be defacing, the other is simply a fabrication.

As long as the one they make is not used to replace the state (or national) flag, they've broken no laws at this point.

If you go out and get an actual flag for the state, then write all over it, or burn it, rip it (unless you are doing a flag retirement, which I've done with my scouts many times), put other symbols on it, then yes, you are actually defacing and disrespecting a symbol at that point.

However, if you have a flag made from scratch that looks the way it does, then it's technically NOT the state flag in the first place. It's simply a flag, representing whatever the person wants it to represent.

using material that LOOKS like a flag, and making a T-shirt out of it - you'd be in trouble.

The law was to protect the actual flags.....not really the symbol.

posted on Aug, 28 2014 @ 10:45 AM
link
There are countless examples of state flags, as well as the American Flag, being altered for satire or to promote an ideological statement. 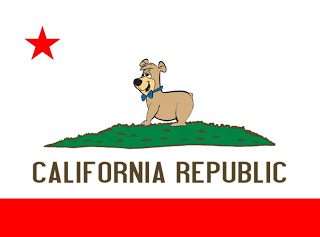 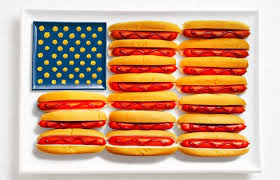 posted on Aug, 28 2014 @ 10:53 AM
link
They wanna bring attention to the drought? Stop building new neighborhoods, buildings and other infrastructure that attracts more people which use more water. It amazes me for such a wealthy state how stupid Californians are!

originally posted by: windword
There are countless examples of state flags, as well as the American Flag, being altered for satire or to promote an ideological statement.

Yep, here's another example: The video game Fallout 3, you have the California flag changed for the NCR (New California Republic): 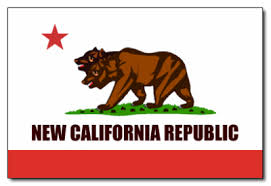 Someone liked it so much, they had one made: 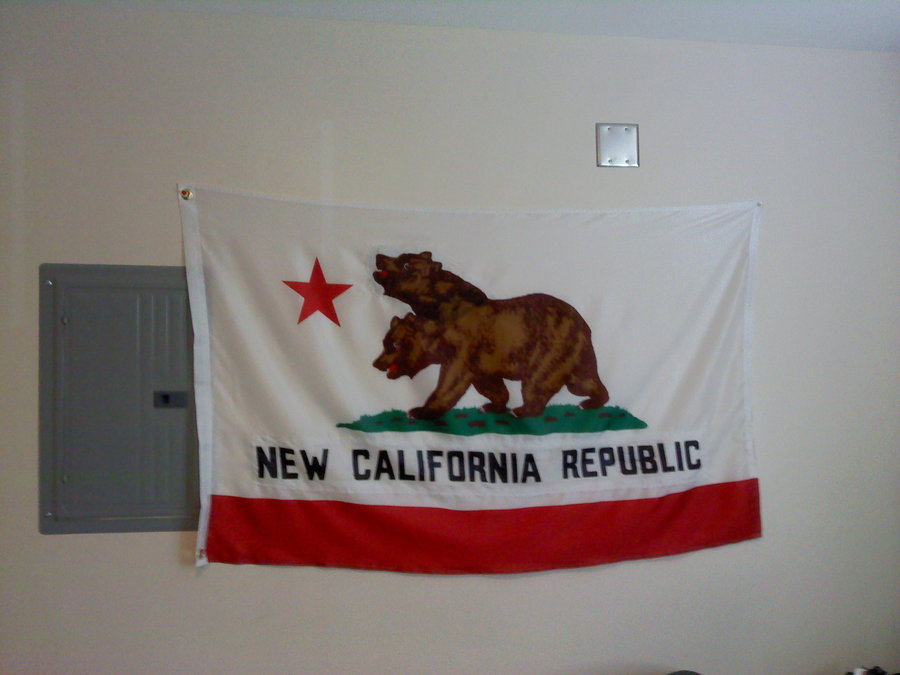 It's actually not against the law to do this. Only if you take an actual state flag, and then change it are you breaking the law (or, again, if you try to use the flag you had made in a official capacity of the state or nation).