posted on Aug, 28 2014 @ 05:18 AM
link
For many years there have been several possible explanations to the phenomena but for the first time the process has been observed in action

The Racetrack Playa must first fill with water — deep enough to float massive sheets of ice, yet still shallow enough to leave the rocks exposed. Nighttime temperatures must then get cold enough to freeze the water, forming mammoth-size ice panes — thin enough to glide across the lake bed, yet thick enough to gain momentum and clear the stones in their way.

As the next day’s afternoon sun thaws the ice, these sheets break apart into chunks that, with any luck, a steady wind will propel across the playa pool. When the ice chunks hit the rocks — ranging from pebble to boulder-size pieces weighing up to 200 pounds – the stones are driven across the soft mud below, leaving behind their signature trails. 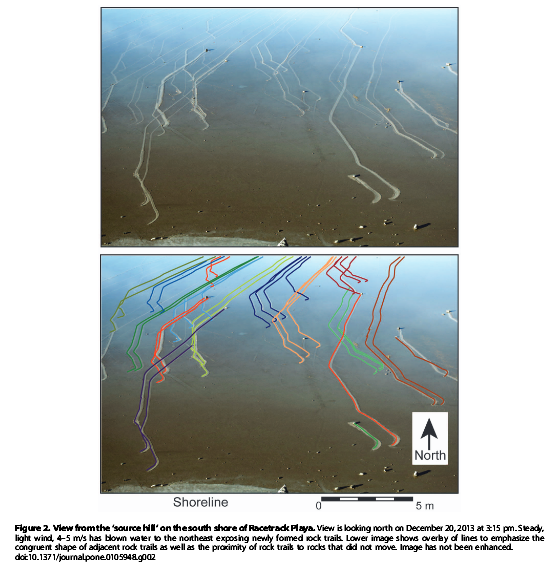 They even tracked the movement with gps, the round shape in the stone is a hole where the gps was installed 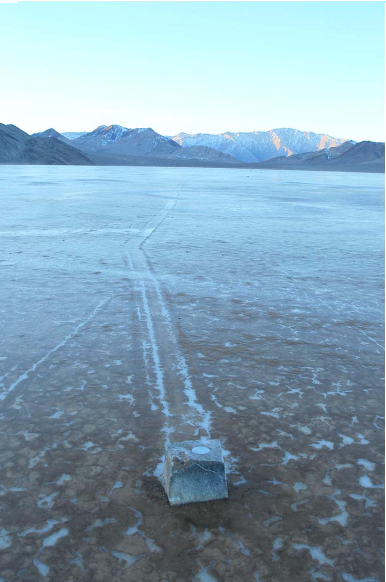 The article seems pretty nice, ill finish reading and give more thoughts about it but it seems its explained at last

A necessary condition for the rock motion we observed is the existence of a playa pool deep enough to submerge the southern section of the playa, yet shallow enough to leave many rocks partly exposed at the pond surface. Other repeating features of rock movement events that we observed include the presence of floating ice, temperatures and sunlight sufficient to create melt pools in the ice, and light breezes that are steady enough to drive floating ice. Although the ice breaks up around rocks, even thin moving ice sheets can generate sufficient force to drive rocks across the pool. All observed rock movement events occurred near mid-day when sufficient ice melting had occurred to allow ice break-up. Creation of rock trails is difficult to observe because trails form below the ice-covered pool surface where they are often not evident until the ice has melted, and liquid water has been removed. In addition, rock movement is slow and relatively brief—our GPS instrumented stones traveled at speeds of 2–5 m/minute for up to 16 minutes—so casual observation is likely to miss rocks in motion. Weather station data show that the freezing temperatures necessary for ice formation, and winds in excess of 3–5 m/s are common phenomena at Racetrack Playa during the coldest few weeks of winter. Therefore, the extremely episodic occurrence of rock motion (years to decades) is likely due to the infrequency of rain or snow events sufficient to form winter ponds.

So if i remember correctly this was also observed on mars, does that means mars is full of water?
edit on 28-8-2014 by Indigent because: (no reason given)

posted on Aug, 28 2014 @ 05:22 AM
link
I always felt the ice/wind theory was the most solid. Glad somebody decided to take a serious attempt to uncover the full story. I will have to read the full article. Thanks for posting.

posted on Aug, 28 2014 @ 05:33 AM
link
Yeah, I agree with this theory, for me it was never a real mystery, I always thought it was something like this moving the rocks/boulders, but I saw this explanation a year ago on TV.

In my opinion this myth is BUSTED

There is something similar to this called patterned ground. Some stones can gather to form circles too. 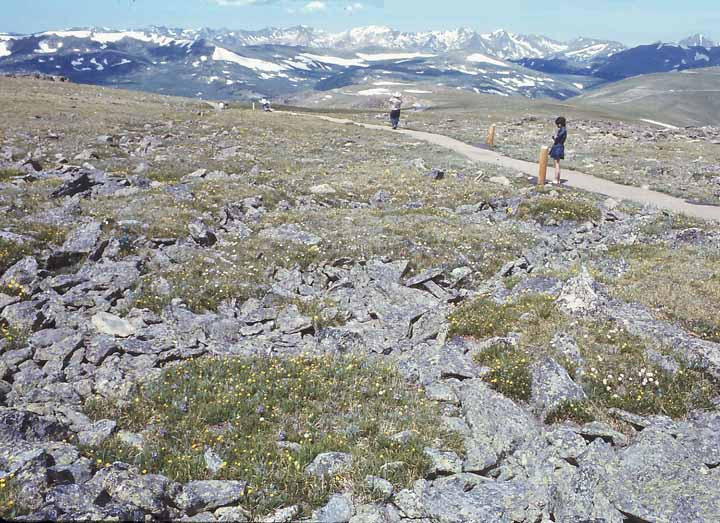 posted on Aug, 28 2014 @ 06:15 AM
link
ok...what I didn't get is...did they actually observe the whole thing (the ice sheets and the knocking of stones about) or they simply detected movement of the rocks with GPS...and formed a working theory on how it most likely happens ? 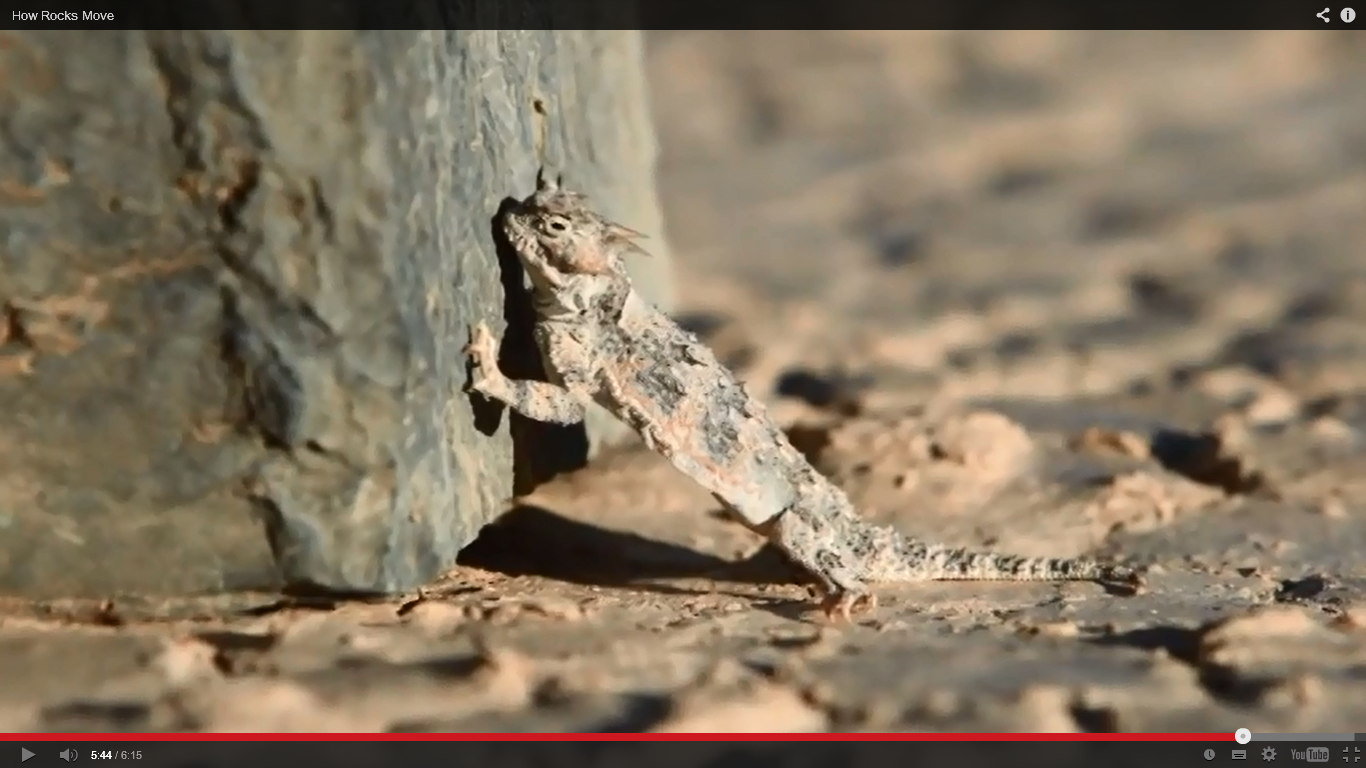 posted on Aug, 28 2014 @ 07:17 AM
link
I wonder if this can help explain how some Martian rocks move? If so, what would this implication mean to the search for water/microbial life on the red planet? 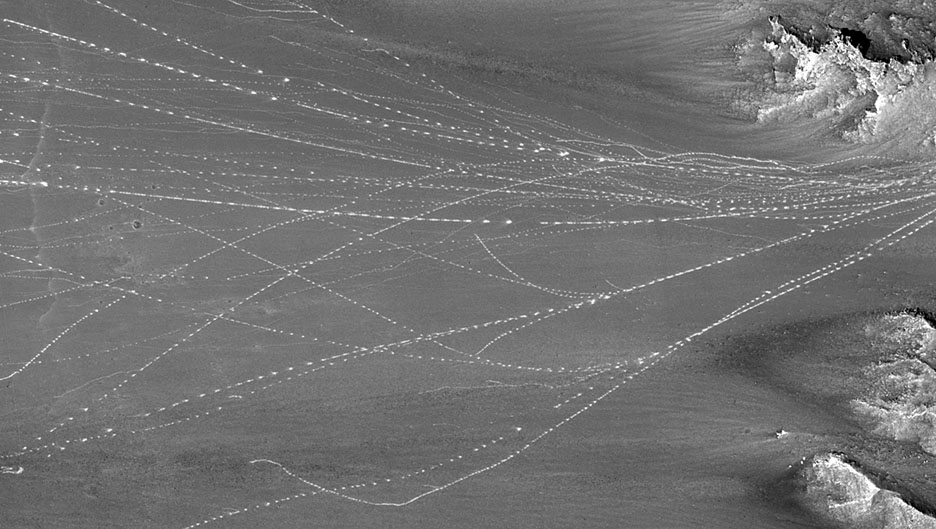 and the moon too? 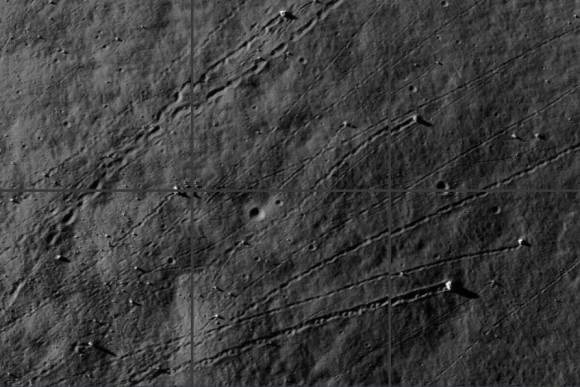 a reply to: SLAYER69

I also wonder about mars but in the moon? wind is also needed to move the rocks according to this explanation

originally posted by: Indigent
a reply to: weirdguy

a reply to: SLAYER69

I also wonder about mars but in the moon? wind is also needed to move the rocks according to this explanation

posted on Aug, 28 2014 @ 08:22 AM
link
Gave you some props because while I find myself occasionally drawn into quagmire of the recent social/political threads, these were the sort of stories that initially drew me to registering at ATS all that time ago. I miss when there were several threads like this for every political or "breaking-news" thread.

originally posted by: weirdguy
a reply to: SLAYER69

and the moon too?

Visit the ATS Live Forum for more information on all the radio shows. There's something there for everyone!