originally posted by: TrueBrit
a reply to: Shiloh7

I am British, and proud to be, but I am also aware of the failings of previous generations. I have ensured that I take a wide view of the history of these Isles, precisely because I wish to be part of a generation which makes less, or different mistakes, than those which have come before. I am by no means ignorant of the horrors my ancestors have visited upon their fellow human beings, and determined that I will do what I can to prevent such toxic behaviour, wherever it is in my power to do so.

Tis yet another reason, that I am dismayed by the timing of Mr Murrays revelations, and deeply suspicious of them.


When you say "I am dismayed by the timing of Mr Murray revelations", I assume that you are making an assumption that he has never spoken out about this before??? Can we verify that this is true? I'm not saying that I know he definitely has but i'm curious as to why you are assuming he hasn't. You really shouldn't expect to hear someone who speaks out so strongly against government to appear on the 10 o'clock news, you are aware of this aren't you?
edit on 08/06/82 by jamespond because: bad grammar

I am of course aware that one cannot expect to see detractors from the government position GIVEN A FAIR GO by the media, but there are always faces on the television, who disagree with the governments position on various things. There were when the student riots of a few years ago came around, there have been on the War on Terror. This fellow however, has not been one of them, and nor, despite being in the newsletter loop for Stop The War, have I ever heard of this man involved with them either.

I rather think that focusing over much on whether he has spoken at all is rather less important than what he intends to do about the issue long term, which appears, from his stance on independence, to be to run off to an independent Scotland, and wash his hands of the entire affair. Again, these are not the actions of a man who was ever proud to be British.

I'm sorry but I find the first sentence in your second paragraph to be contradicting. You say that focusing on what he has done in the past to be not important but what he intends to do in the long term is. Why would any comments he has made before the one video that you have seen be any less important than what he is saying now? Or is it just because you have not seen nor heard these comments so you deem them not relevant.

I find it impossible to believe that a man can speak so passionately against something, 11 years after the event, and that be the first time he has ever spoken out about it. Makes no logical sense at all to me.

And of course, I think you are being unrealistic if you're expecting one insignificant person such as this to make a difference on the world stage! Lol, there's been plenty with juicier info than this guy who have never made it, David Kelly???

Also, having been through the same process of loving my country and then realising that It couldn't care less about me I can certainly believe these are the actions of a man who WAS proud to be British.

edit on 08/06/82 by jamespond because: inexperience of the ats tools

posted on Aug, 30 2014 @ 12:01 AM
link
I seen a lot of Nationalist Scots on a facebook page using this video as a fact to say YES.
The thing is, if he was going to be the leader of Scotland some of them may have a point but he isn't is he, they'll have dodgy politicians like everywhere else.

I don't mind if they get a Yes or No vote but the 'revelation' that there were lies to go to war
doesn't shock anyone nor is it relevant to the debate of independence, many other issues are more important than this at this point.

I feel nationalist pride is going before common sense in some.

I'm proud to be part of the United kingdom alongside the rest of you's, some Scots feel differently it seems.
edit on 30/8/2014 by Taggart because: (no reason given)

I vote yes in my heart for you, for all of us. That was an amazing right of truth and freedom of speech. My blessings and prayer for his continued good health, safety and wellbeing.

I am proud to be British, but I am not proud of the way my nations government acts. These are totally different things. The people of this nation, its citizens, make it what it is, not the politicians and the policies enacted by Westminster. It's deep history makes it what it is, not its latest failure. It's natural beauty, not its urban sprawl, it's lovely weather, not its oil consumption, its togetherness, not its divisions, the spirit of its communities, not the attitudes of its elite.

In the examples above, it is the former which inspires pride, and when one is proud of these things, one combats the latter, does not accept it, does not leave just because there is a cloud attached to the silver lining.

This is hardly rocket science!

I'm little confused. The reason I responded to your initial post was because you were dismissing this mans comments on your own assumption that he had never spoken out before. I found that quite a weak counter post and wanted to point out that you couldn't be sure about your comments.

In your above post the things you have said inspire pride, couldn't these be said about any nation? Of course anybody is proud of where they come from, it's certainly not a trait that only applies to people born in Britain. However, I refuse to turn a blind to my governments war crimes abroad just because of this pride.

Our government along with a few others has been responsible for the deaths of millions of people, for one reason which is economic gain for a few.

One day they'll be held accountable for their crimes.

You are quite right. I was under a false impression as to the veracity and intent of Mr Murray, such was the success of the campaign of lies against him. I have since researched and educated myself as to his genuine intent, and I can appreciate aspects of the reasoning for his choice to join up with the Yes campaign.

I still disagree that leaving the UK is the correct solution, since doing so does not address the problem with the British government. These things will still happen, and if Scotland leaves the UK, the loudest voices against the nightmare at the heart of the British establishment will be, not just ignored, but utterly without even a vote to immortalise their opposition.

posted on Aug, 30 2014 @ 08:08 AM
link
the problem of going up against people of great wealth, is that they have the resources to make ones life, miserable if not deadly. most of those people that go into government, thinking they can change some things for the betterment of the common man, are soon shown who really has the power. we blame those that have no choice, giving cover to those that control the power of wealth

This fellow however, has not been one of them, and nor, despite being in the newsletter loop for Stop The War, have I ever heard of this man involved with them either.


You've already been contradicted by myself, Smurfy and others - how about you have a look through the posts above and you'll see that Mr Murray has spoken out a great deal over the last 10 years or so - to repeat, he wrote a (fairly successful) book about his concerns following his time as a diplomat, that book was quite well publicised at the time, as I recall, with Mr Murray appearing on TV and in print. I'm pretty certain you can have an opinion on this subject without specifically appearing in a Stop The War newsletter!
edit on 30-8-2014 by RonPalmer because: (no reason given)
edit on 30-8-2014 by RonPalmer because: (no reason given)

posted on Aug, 31 2014 @ 12:00 AM
link
I don't know anything for certain, but I don't think Scotland can ever be separated from the UK/US alliance, even if it were separated officially.

Don't know if it means anything, but I don't think it is coincidental that the grandest Masonic Hall - Home of The Supreme Council, 33°, Ancient & Accepted Scottish Rite of Freemasonry is located in Washington DC. 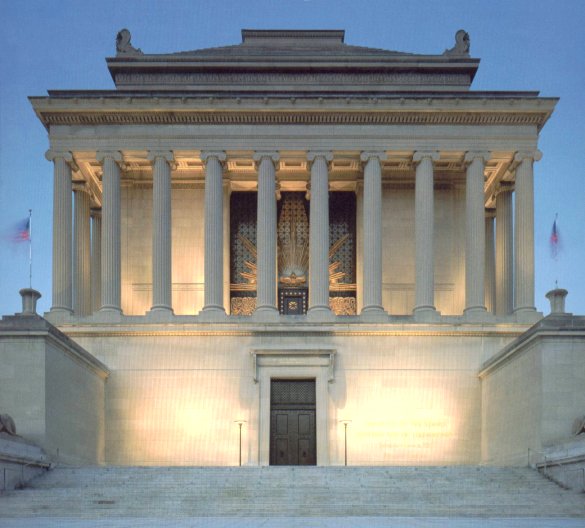 This fellow however, has not been one of them, and nor, despite being in the newsletter loop for Stop The War, have I ever heard of this man involved with them either.


how about you have a look through the posts above and you'll see that Mr Murray has spoken out a great deal over the last 10 years or so - to repeat, he wrote a (fairly successful) book about his concerns following his time as a diplomat, that book was quite well publicised at the time, as I recall, with Mr Murray appearing on TV and in print.

I don't doubt your quick bio of him, that said I have never heard of him either and I follow and have followed this subject a long with middle eastern politics for over the last 20 years or so.

So he got by me too, maybe like anything he got the air time but wasn't heavily advertised beforehand or better yet put in between two inane subjects which makes the viewer tune out.

Still, what he is saying doesn't shock me, I mean the Subject of David Kelly was enough for me.

UK, ireland, scotland, wales, maybe N.ireland (not sure if it separated)

told ya's i didn't know much.

i think of all you guys like the USA, only with the borders some want here.

know what i mean?

and whatever happened to william wallace? (i saw the movie, gibson is no where near 6'5") pretty modern name for a guy running around with an ax and warpaint.
just kidding!

nothing says family like the stupid arguments on holiday's!

To be honest, it wasn't the not having heard of him that irked me, no reason why anyone should have - it was the suggestion that he hadn't spoken up about this subject in the past and that he must, therefore, be a coward for not having done so. Harold Pinter described his book as 'a fearless book by a fearless man', which probably says it all!