On the heels of yesterday's revelation that the IRS (and the White House) flat out LIED to congressional investigators and the American people about there being no backups of destroyed subpoenaed IRS emails allegedly involved in the IRS' targeting of conservative groups...

TODAY, we discover that the IRS had destroyed Lois Lerner's Blackberry AFTER the investigation was underway! IMO THIS is an obvious destruction of evidence crime and MORE proof that the IRS is hiding something BIG!

After Monday’s bombshell about the federal government’s system-wide email back-up system broke, there was yet another bombshell.

The IRS “recycled” — destroyed — Lois Lerner’s hard drive in June 2011, just 10 days after Rep. Dave Camp had sent a letter to the IRS inquiring about the targeting of conservative groups that Lerner knew about and may have orchestrated.


The IRS destroyed Lerner’s Blackberry device, too. Even though there is no suggestion that it ever “crashed,” as the agency claims about her hard drive.

Even worse, the IRS destroyed Lerner’s Blackberry after it knew of the crash, and while the congressional investigation was underway.

The Blackberry would have contained all of Lerner’s emails.


The New York Observer picks up the story:

In two elusive and nebulous sworn declarations, we can glean that Ms. Lerner had two Blackberries. One was issued to her on November 12, 2009. According to a sworn declaration, this is the Blackberry that contained all the emails (both sent and received) that would have been in her “Outlook” and drafts that never were sent from her Blackberry during the relevant time.

The IRS did not even attempt to retrieve that data. It cavalierly recites: “There is no record of any attempt by any IRS IT employee to recover data from any Blackberry device assigned to Lois Lerner in response to the Congressional investigations or this investigation,” according to Stephen Manning, Deputy Chief Information Officer for Strategy & Modernization.

Lerner was issued another Blackberry for Valentine’s Day 2012—also after she came under fire for her targeting of conservative groups.


The IRS was engaged in criminal destruction of evidence. It is engaged in a game of running out the clock and extending the investigation as long as possible now. Lerner’s current Blackberry is apparently in the possession of the Inspector General of the Treasury. Even that Blackberry might have access to Lerner’s old emails. If she used “ghost” accounts, as the head of the EPA did, the Blackberry may show evidence of that too.

We’re learning all of this not because of any congressional investigation, by the way, but because Judicial Watch has gone to court and gotten a judge, Emmet Sullivan, who is not taking the Obama administration’s spin at face value.

posted on Aug, 26 2014 @ 05:47 PM
link
Someone should be charged with destroying evidence and obstructing justice.

posted on Aug, 26 2014 @ 05:58 PM
link
Blackberry has software which backs up ALL files on their servers. And there is an App (which I am sure this person had) that allows you to access these files anytime, anywhere, even lock the phone, or destroy all files remotely from a PC or tablet.

But from what I know of these devices is that you can access any e-mails from them. So what was the point on destroying the smartphone? All the data can be recovered, and e-mails are only 'accessed' not the source.

posted on Aug, 26 2014 @ 05:59 PM
link
The IRS sure seem to be destroying a lot of things lately. Maybe they should quit ripping off the American citizens and go into demolition or something.

It is absolutely appalling that this is even happening IMO. The more I see the more pissed I get. We all know what's going to happen here, yet we keep hoping for a different outcome.

We will never see those emails. The folks that needed to see them already did and that's why they are playing where's Waldo right now. Nobody is going to "hang" for this that actually had anything to do with it. A few might take the fall and leave with an awesome ass severance package that would make us all want to just be sick, and it will be done.

Policies won't change. Nobody will admit fault. Justice will not be served and we might as well just suck it up and get used to it.

I know that's negative thinking. If anyone can think more positively about this.... Kudos to you. I'm tired of being pissed on and told that it's raining and I'm really tired of expecting people to do the right thing when I know damn good and well it ain't going to happen like it should.

I'm thoroughly disgusted if nobody can tell. Unreal.
edit on 8/26/2014 by Kangaruex4Ewe because: Self moderated whilst dreaming of some form of justice. It's gone the way of the dodo...

When you and your co-workers electronics all go down at the same time.

Odds are better you will be struck by lightning today....Twice.
edit on 26-8-2014 by whyamIhere because: (no reason given)

originally posted by: Restricted
Someone should be charged with destroying evidence and obstructing justice.

originally posted by: butcherguy
How many times did I hear that the investigations of the IRS were nothing but witch hunts?
Scum.

We are seeing who is Phony.

I want to see Obama reach the point where....
Well, in Monty Python lingo, 'they were forced to eat Robin's Minstrels'.


When the vegetable oil reaches 375 and we get some noticeable quantity
of five yard freestyle eliminations, the fresh blueberries are on me.

posted on Aug, 26 2014 @ 08:37 PM
link
What bothers me the most about this scandal is that the outcome of any investigative process remains undefined.

There's been a whole bunch of fluff tossed up ... but what _happens_ if they develop a body of evidence sufficient to prove the IRS is clearly in violation of law?

Is Lerner's pension revoked? Is the IRS abolished?

ETA: The Blackberry Enterprise Server is a device separate and distinct from the Exchange Server. There could very well be a separate record of Lerner's 'lost e-mail' there.
edit on 2682014 by Snarl because: ETA

posted on Aug, 27 2014 @ 08:43 AM
link
Looks like they were caught with their pants down once again. As this scandal gains attention, I hope more people are waking up to the cardboard cut-out world we live in. 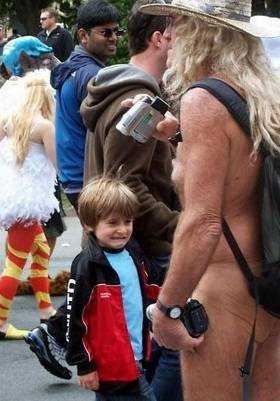 ETA: The Blackberry Enterprise Server is a device separate and distinct from the Exchange Server. There could very well be a separate record of Lerner's 'lost e-mail' there.

IT people are laughing their asses off listening to all this BS.

The government has strict protocol for backing everything up multiple times, on multiple network servers, in fact they pay big money to do this, and send there IT employees for training just on these specific duties.

The lies that are being perpetrated currently are beyond epic proportions.

posted on Aug, 27 2014 @ 11:34 PM
link
I've been following this for a while, hoping to hear someone speak some kind of sense. But, alas, I still hear none. All I hear is, "my dog ate my emails, there was a flood and the server got wet and shorted out, a tornado sucked up my cloud storage, etc..." excuses.

Seriously, I have worked alongside, and know many competent IT personnel in companies from small startups to enterprise fortune 500 companies, and NOT ONE OF THEM can believe someone has not dropped off a box of backup tapes/discs at a lawyers office doorstep "anonymously". The emails are out there, guaranteed...the only thing stopping their release is politics.....period.

posted on Aug, 28 2014 @ 05:30 PM
link
What gets me aggravated is just how few fellow Americans care... Anyone that has had the chance to actually watch the hearings and has raised a child has seen this before. They KNOW you were looking straight at them when they did it, but your kid will STILL say, "No I didn't."

I agree with every single post from those who've worked with IT. Your chances of winning Powerball twice in one week are better than the story they expect us to swallow.

posted on Aug, 29 2014 @ 12:16 PM
link
Where spoliation of evidence is proven, the jury is required to make a negative inference regarding the evidence. This means that, legally, destruction of the emails should have the exact same effect on the investigation as if the emails had exposed criminal corruption.

In simple terms, the jury must assume the emails contained evidence of a crime.