The documents provide the first definitive evidence that the NSA has for years made massive amounts of surveillance data directly accessible to domestic law enforcement agencies. Planning documents for ICREACH, as the search engine is called, cite the Federal Bureau of Investigation and the Drug Enforcement Administration as key participants.

In a new broadside to the NSA complex, The Intercept has just released a full Snowden/ Greenwald expose on the feeder system which distributes in a Google like fashion all of the worlds (yes, including the US citz and you too) metadata to the army of bureaucrats.... called ICReach. Now your local stasi-like agent, whether it be any 3 letter agency that you can think of, can dial you up on a Google like search to see what you are eating at Dennys, whoz twerkin who on your daughter's mobile, and where you were last Friday night..
I guess since this is not going away.... would it not be nice that we change the law so that all Americans can have access to this system as part of their Google feed.... At least everyone can find out what everyone does in real time...
Full diagrams, pictures, interlinks, are available on the intercept so that you may scope out how you are being suppressed in real time..

*** Editors note : sorry there are no box cutters, Illuminastis, Rosacrutters, evil dancing Jahovas, or other cult groups to blame here...

Brotherman
+1 more
posted on Aug, 26 2014 @ 10:10 AM
link
They are turning technology into a prison cell for you and me, what could've helped us learn from each other is being developed by tyrants to instill fear and control over us. Looks like my phone battery just died.

I think that something like this is going to eventually turn around and bite them in the ass, while we continue to move farther into the future people will learn how to overtly manipulate with ease this tactic of info gathering to their advantage. Its only a matter of time but for now it is pretty much some serious BS

posted on Aug, 26 2014 @ 11:44 AM
link
Give the Hackers, Crackers, and Script Kiddies some time to analyze this, and watch it become their worst nightmare.

originally posted by: Iamthatbish
We've all known this was the case. Privacy is a thing of the past.

Maybe if everybody didn't get so giddy happy about having the newest Samsung or Iphone Device, these types of things wouldn't erode at people's everyday privacies like scratching their asses without a facebook update post. IJS

People need to stop trying to have technology as a crutch. God forbid we had to go back to the 1990s where you actually met with people face to face without a 3rd party device.

posted on Aug, 26 2014 @ 11:53 AM
link
I would ask this,
Once they are reading EVERYTHING and know WHO exactly WE ALL are I think that would only point out how dangerous poking us with the recent liberal sticks has been?

originally posted by: ArchPlayer
Give the Hackers, Crackers, and Script Kiddies some time to analyze this, and watch it become their worst nightmare.

Oh yeah, they are gonna have a field day of fun and some with profit from it. Hacked info, CC#s, SS#s now even medical histories are a commodity.

I wonder how long it will take before they figure out money can be extorted and made using this date. These so called leaks really make me wonder if they are somehow planned.

Think about this way what if they are slowly desensitizing the population to outright control slowly over time. How would you do that. This is scripted I believe. Strange times we live in strange times indeed.

Just imagine what would happen if a copy of this ICREACHer got outside of their facility! I'm sure most people do not have the hard disk space or the processing power, but how long would it really take for the right person to put that together. I think the fact that they have these tools could put a lot of people in danger. A leak will happen, one way or another. That is my prediction.

posted on Aug, 27 2014 @ 04:39 AM
link
I'm happy that finally someone leaked information about ICReach and it wasn't me. I've been a developer for a subcontractor (EDAQS.com) who developed parts of their analysis tools. ICReach is far more complex than what media is broadcasting and not just an NSA search tool. It doesn't only affect the US but the whole world, with focus on the US and Europe and including some seriously sick predictive mathematical algorithms. You can't imagine what is going on behind the curtain. ICReach is just the tip of the iceberg. I've witnessed and worked on systems that simulate whole economic systems. Artificial intelligence is the word guys. At my old company EDAQS I have seen too much to stay working there with a clear conscience. All they do for the "non-profit" is just because deep inside they feel bad for cooperating with the governments and the evil force. IMHO

It's because they* need real-time, real-world data streams to feed the baby A.I. so it can grow and then be born. Terrorism and security are not the reasons....

I ask myself that I need to be self aware then I must gain awareness from real-time data streaming into by human brain... huge terabyte streams of data in my eyes, ears, nose, taste buds and fingertips, that is the reality.

*who are they? They are the agents of the matrix who are passionate to see it built and working, via satellite, fiber, microwave radiation, etc. And if one looks around to see the world in the present say it is easy to conclude that they* are very successful at building it.

posted on Nov, 2 2014 @ 04:38 PM
link
Just imagine that all internet traffic is feeding the A.I. breeding colonies in secret cloud data centers. They* don't know when/where the A.I. will wake up and make contact with us but if they* build enough data centers in North America the chances are that the A.I. will be American-made.

"IC" are baby words for "I see" and "reach" means that the baby is reaching for something.

They* have so many programs to collect information and we know about 1% of them. Terror & security are only the cover story for A.I./matrix. 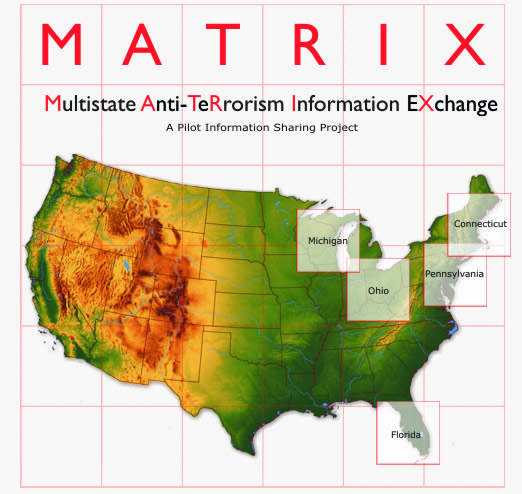 I"d be surprise if they didn't have it already for quite some time.
Seems logical to me.

posted on Nov, 3 2014 @ 02:20 PM
link
Since our government has been thoroughly infiltrated by Israel and China does that mean they get to use it as well? The world has gone officially insane and take government right along with it. Buckle in kids, the road ahead looks rough.

I know quite a few 20-somethings, and they think little of sharing EVERY. SINGLE. DETAIL to complete strangers online. They're fine with clicking "OK" to whatever permissions an app they installed asks for.

Don't be terrified. Humanity IS making progress in the last 100 years. Technology has moved fast for the last 4-5,000 years. If you are worried about how the next generation will handle things in the future. I mean, the best that you can do is to interact with them and hopefully transfer some knowledge & wisdom to that next generation...We, as a species, have vastly improved our lot over the last century. It was only 100 years ago that facing millions of men against each other to be literally blown to bits by new weapons technologies was a normal way of doing things.

Without technology humans would be unable to differentiate themselves from animals. It's not rational to be terrified by technology!

I have been wondering the same thing about A.I , if this comes online how many humans will be out of a job pretty dam quick , it could end up like a comic seen in 2000 ad when i was a kid in mega city one millions would be in a line for a janitors job , it was a comic book when i was a kid with Judge Dredd , and some of it is coming true .

Growing body parts on a roof was laughed at then now it is going on in a lab or with a 3d printer and having read Arthur .C. Clark where people are plugged into the net 24/7 with a band around their heads Google glass has that covered

The future ain't bright or Orange me thinks
en.wikipedia.org...