Pics of bad taxidermy guaranteed to make you smile. If you get your beloved pet stuffed on expiry don't go to these folk whatever you do. Then again if i was stuffed when i kick the bucket i would definitely want this. If nothing else it would make people smile, which is a good thing.


When Kat went online to find tasteful taxidermy to decorate her home she uncovered a nightmarish world of misshapen, bizarre and bug-eyed creations . They inspired her blog, crappytaxidermy.com, and a book, Crap Taxidermy, which show these dead funny critters.

No one ever says I want to be a "taxadermist when I grow up". I have always wondered how people get into that profession.

I can not remember the name of the show but here is the UK we used to have a series that was like the twilight zone but with a British twist on it.

I mention this because of one episode that used to give me nightmare's, the plot in a nutshell resolved around a nice old lady who owned a large house and let the upstairs room out to young male tennant's, anyway she used to cook the dinner as well and it turned out that she used to poison them with a paralyzing drug then while they were alive she would perform taxidermy on them with here room filled with stuffed fine young men.

Anyway a bit of topic but I always thought taxidermy was wierd and would not want to share my house with stuffed animal's or as in the case of a german artise plasticised people.

Ah remembered the show as called Tale's of the unexpected.
edit on 26-8-2014 by LABTECH767 because: (no reason given)

Tales of the Unexpected, what a great show that was. The theme music is going on in my head as i type. I used to get creeped out by a show called Armchair Thriller especially by the music at the start...... 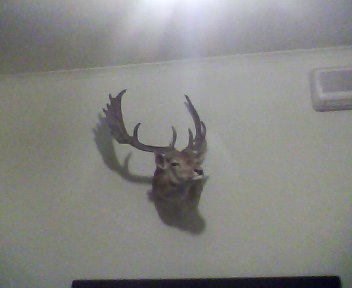 that is one we have had taxidermed. Turned out really good. 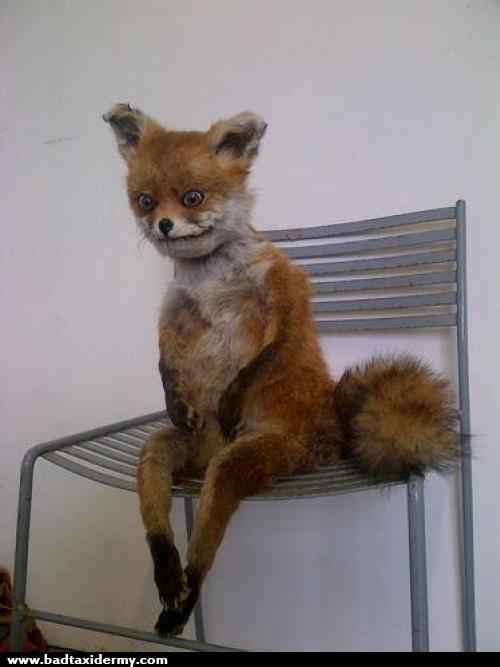 Lol............The poor thing looks petrified. Maybe they stuffed it while it was still alive!

posted on Aug, 28 2014 @ 12:52 AM
link
I don't know whether to try and go rinse what I've seen out of my eyes or laugh obnoxiously and wake everyone up. Those. foxes...Something about those crazy eyes and then the fox that looks like... I don't even know! With his little stick legs!! It's like the fox hide was wrapped round blocks of wood!