Peru/California Quakes in next 24 hours.....


Yeah I'm in Virginia about 180 miles from Mineral the epicenter. My pets didn't act funny or weird before the quake.

I don't have direct experience with animals and earthquakes, but I do know that mine react to storms in different ways. Normal thunderstorms don't bother them aside from a close lightning strike occasionally startling them, but they will get nervous and edgy when the storm is tornadic or has the potential to be.

I had one black and white tux in particular who was especially good at Tornado Warnings. He loved to sit and watch storms. He would sit at the patio door and watch every thunderstorm, so you knew if he wasn't there but hiding instread, something was (or would be) up.

As far as animals acting strangely, the birds have been behaving oddly for the past few days. Cats are very perceptive, my cat running under the bed is in indicator to me that a something is up. 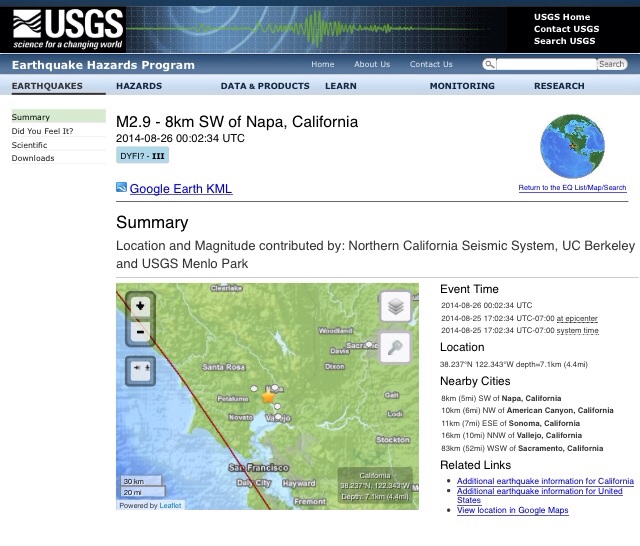 originally posted by: Xeven
Not California. Watch Seattle! It's comming!

You think the strong quakes are moving north? Or because it could set off others?

Either way I agree Seattle could be the next site of a big quake.


ATS, wasn't Seattle originally built on marshlands? Even though it's drained could that affect the quakes strength in any way?

I don't see any difference.
Once someone makes a public prediction they naturally hope for it to pan out or they get public egg all over their face.

I would disagree....I don't wish anything to happen here. Like I said, just a odd feeling I had on this subject....if it happens then that sucks. If it doesn't happen then feel free to egg my thread all you want.

Some want the events to happen. They think a reset would be cool or good for humans. They don't understand what would happen ... medicine stops and people die from things like a simple toothache ... nuke plants melting down everywhere, etc. No one would survive.

Some want to warn others of what they think might happen but they hope it doesn't.

posted on Aug, 26 2014 @ 09:08 AM
link
Mia is a runt snow shoe Siamese. She afraid of her own shadow so I really can't observe her for signs of trouble. A friend at the door is trouble to her and she's off under my bed.
The other cat, Whitey, is a big old Tom. He's gentle and lazy and moves only when prodded so he's no help either. It could just be I have defective cats LOL. o: ketsuko


I don't see any difference.

Once someone makes a public prediction they naturally hope for it to pan out or they get public egg all over their face. 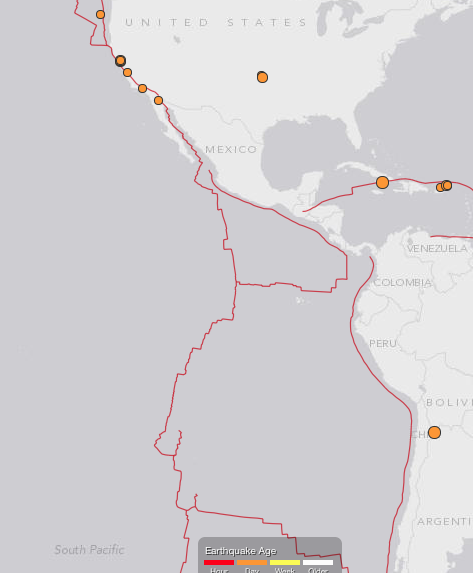 There is a difference between predicting something and hoping it happens. I predicted this quake, did I want it to happen, hell to the no!! Did I know it was coming...I had a gut instinct telling me yes. While the prediction wasn't posted to ATS, it was made to my husband and our friends.

About a week ago there was a small 3.8 quake and I told my husband, I think were going to get a sizable one, then put all our antiques in a box, wrapped and safe. 5pm on 8/23/2014 my husband told me I was being "paranoid" so I put everything back, except my cats ashes (thankfully.) Less than 12 hours later we had a 6.0 and almost everything in our house was destroyed. All but 2 of the antiques broke and one of those belonged to a set.

My husband actually apologized to me, lol. We wouldn't have lost all those heirlooms and other precious items.

This is the quake that me me go hmmm.. 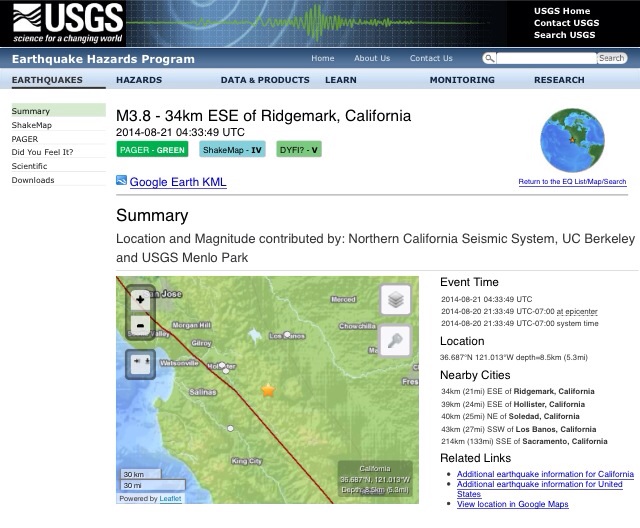 edit on 26-8-2014 by Jennyfrenzy because: autocorrect madness

Sorry for your loss

I still think Napa will get another sizable one, we are not out of the woods yet. It could be 4 or 5 more days...time will tell. I still have a feeling about Napa and a few of my friends do too..lots of sleeping problems out here. I'm not sure if it's anxiety, paranoia or what...but my tummy has been doing somersaults all dang day. It would be a good thing if it didn't happen and seriously hope I'm wrong.

Last night I was reading an article back from May that was about "cluster quakes." The worry is that since there haven't been as many earthquakes and California normally had in the past, the faults could become active if another fault sets off causing a flurry of smaller quakes rather than one large quake, such as the 1906 San Francisco quake. The plates in the SF Bay Are have only moved about 13 feet since the Great SF Quake and are bursting at the seams.

The various faults "talk" to each other, said Roland Burgmann, an earth scientist at UC Berkeley "The communicating family of faults sometimes tend to rupture together as a group or shut each other off."

The 1906 earthquake was likely a fluke, the perfect alignment of conditions that allowed 300 miles

Historically, we should be seeing more of these cluster quakes rather than The Big One.

The scientists based their prediction on the historical record, which shows a cluster of quakes shook the Bay Area from 1690 to 1776. At least six earthquakes, ranging from 6.3 to 7.7 magnitude, rattled the region's major faults during that period, Schwartz said.

Although the scientists predict a group of tremors, rather than just a single, large earthquake, they admit the future could surprise them. The Bay Area has a 63 percent chance of one or more large earthquakes before 2036, according to estimates released in 2008 by the Working Group on California Earthquake Probabilities, a coalition of state, federal and academic geologists.

There is one fault that runs through the valley (the small one this quake was on, in between the Rogers Creek Fault and the Green Valley Fault that run along the other side of the hills that surround the valley. Could this quake have impacted those in any way? Could a flurry be on the horizon? I find it interesting because this article was from May 19th 2014. 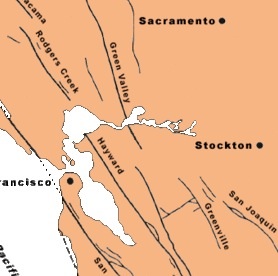 Thank you so much

The husband and me are considering ourselves lucky, much rather lose those items rather than my pets, our friends and family. It's still sad though, a few of the broken items I kept and put in a mason jar, they're heirlooms and can't bring myself to tossing them just yet but eventually they'll probably get trashed. This earthquake has really shifted my perspectives on what's important.

We were so unprepared for this thing, make sure you have an emergency kit with food, water, toiletries, first aid and whatever else you may need for your area and particular natural disaster. I got my kit together today and we are good to go for 3 days with out power and water if need be, hopefully not.

Thanks again for your kind words, it really means a lot

posted on Aug, 28 2014 @ 04:24 AM
link
What's the name of the youtube guy who predicts earthquakes by looking at solar patterns? I recall people around here saying he is fairly accurate. Was he able to predict the 6.1 in SF?

Got a weird question,
have you lived in that area your entire life?

The California coast I mean.