Unidentified red creature washes up on the beach in Australia 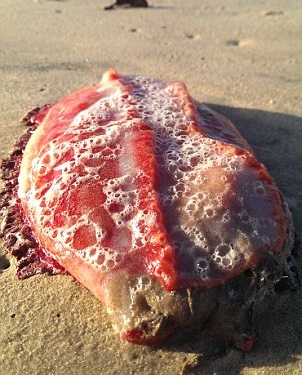 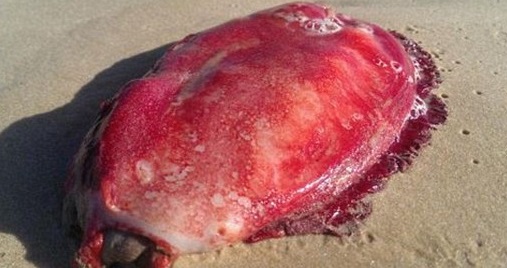 The creature was discovered on the sand on Monday morning by Debbie Higgs, a local who walks on the beach every day.

Mudjimba Beach on the Australian Coast witnessed a mysterious aquatic creature wash up on the shore Monday morning, UK MailOnline reported. Debbie Higgs, a local who walks on the beach every day, discovered the creature on the sand.
The unidentified creature is bright red, has ribbing, no limbs, eyes of mouth and has what appear to be frills around it. "It's definitely not a plant, it feels spongy like a jelly fish," Higgs told Daily Mail Australia, "It's cold and rather smelly."
Although Higgs only took pictures of the "blob" after discovering it and left it on the beach, she went back to retrieve it after receiving a lot of tweets. "I had no idea what it was so I took a picture of it and tweeted it," she said "I had so many retweets and responses from people speculating what it was."
"It is about 25 cm long, so about the length of my arm. I had a tea towel in the car so I picked it up and took it home and put it in a bucket of salty water."

"Without examining the creature closely, it would be difficult to identify it" a spokeswoman for Queensland Museum told Sunshine Coast Daily. However, they felt it could be a sea slug.

The CSIRO has been contacted and is yet to identify the mysterious creature. 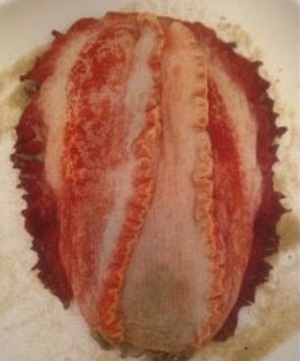 eww, well it's not pretty whatever it is. I certainly wouldn't take it home to put in the bath.

posted on Aug, 25 2014 @ 12:46 PM
link
Could also just be some of the innards of another creature...large fish or something that was killed.

Oh, and yeah....really smart of the person to pick it up and bring it home. Isn't this how horror movies begin, or a new virus wipes out a country? LOL!
edit on 8/25/14 by Vasa Croe because: (no reason given)

Some drawn butter and a fork please.

Looks like the back end of a large squid to me. 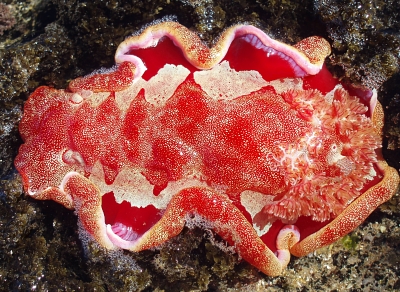 Whatever kind of sea slug it is, it's, um, well. Not the prettiest out there for sure.

originally posted by: Vasa Croe
Actually it appears it may be a Spanish Dancer Sea Slug....

Really puts a new spin on the County Crows lyric:

"Cut up Maria! Show me some of them Spanish dances(dancers?!)"

I really hope it's a sea slug and not a mutant turtle. 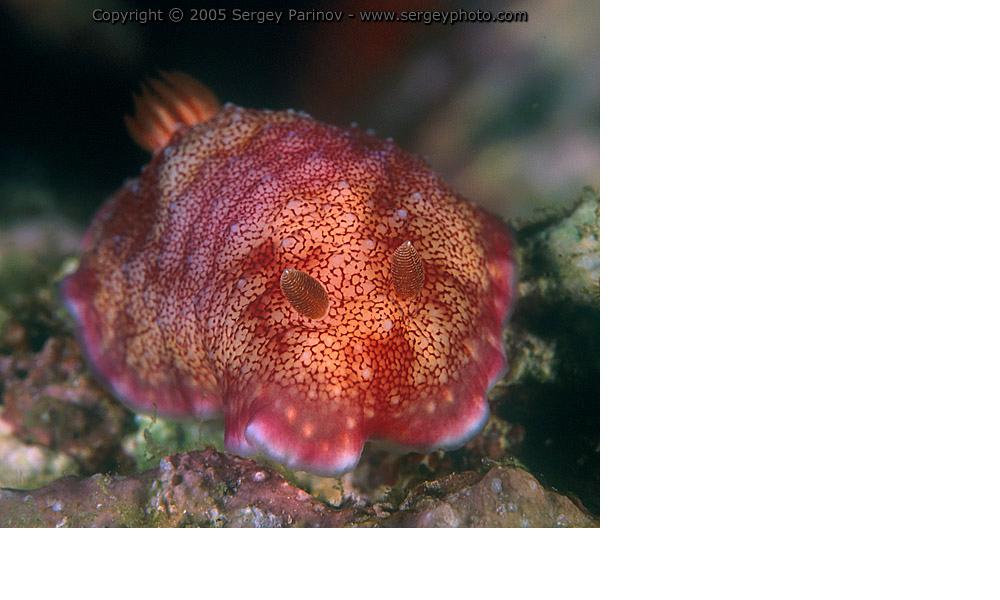 I don't where he hangs out..his ass is at the other end BTW.

That boyo looks like a fecking Pizza gone awry.