posted on Aug, 26 2014 @ 08:07 AM
link
I attended a talk by several of the people who would soon kill themselves. There were at least four of them and may have been five, and all of them came across as very intelligent, calm, and sincere people. They said they'd lived in the forest with their leader for quite awhile, and he sent them out to invite people to join them on the spaceship.

They explained their thinking (or lack of thinking). They were convinced that everything was a holograph, and that the holograph would soon be "turned off". The only ones who would survive this event would be those who boarded a space ship. They weren't pushy, or overly concerned if any of us believed them, only that they were sent on a speaking tour by their leader to alert others, who would then have the opportunity to join them and board the ship.

From this I learned more about human nature, and how seemingly intelligent people (the one woman I focused most of my attention on had the most intelligent eyes and manner) could subvert their entire point-of-view to the theory, or nonsense, of another human being.
edit on 26-8-2014 by Aleister because: (no reason given)

From this I learned more about human nature, and how seemingly intelligent people (the one woman I focused most of my attention on had the most intelligent eyes and manner) could subvert their entire point-of-view to the theory, or nonsense, of another human being.


If you've an hour or so to burn, I have a video for you:Dead Kennedys' vocalist Jello Biafra spends some time talking to members of the "Unarius Academy of Science" UFO cult. Seemingly intelligent people who completely buy into the nonsensical ravings of clearly deluded people.

Some of these guys make Scientology look mainstream, lol.

posted on Aug, 26 2014 @ 10:49 AM
link
i just don't see how that man convinced all those people to believe what he did and then even killing themselves.
you can just hear it in his voice, they way he talks, the look in his eyes, that he was dead serious about what he believed. and that just boggles me.

posted on Aug, 26 2014 @ 06:11 PM
link
a reply to: ShaeTheShaman He didn't. The entire scenario was a very planned event and part of a grand experiment. There were extreme elements at play to bring about this alleged "suicide" scenario.

Quite a few of the so called cult were vegetarians, yet, on the night before the event, witnesses say they all ordered the exact same meal. steak, veggies and dessert...all the same menu...possibly some one in the restaurant was observing to see how well the mind control was working.

The pristine surroundings relevant to the bodies...those of us that work in the medical field know that death is messy...a simple and true fact. The photos of the bodies with their clean, new shoes, triangle clothes over their bodies...what was that all about...a signal to somebody. No urine stains or same dripping on the floor, no fecal material or stains...just perfect, clean white bedding. Death scenes, are just not that perfect and neat and all nice and tidy like. I don't buy it.

I can remember Applewhite looking into a video camera at one of his public appearances and stating, "They are going to kill me eventually"...the ravings of a lunatic or simply the statement of a man who knew too much. There were admittedly "odd" connections relevant to the "cult" and other factions/agencies that are hard to ignore or not question.

Everyone ate poisoned apple sauce..."they" couldn't even come up with a better one then that? Instead of, "Don't drink the kool aid" now it should be, "Don't eat the applesauce".

I can remember the prez coming out and saying all kinds of disparaging things relevant to folks that talk about ufos and aliens....making fun and snickering and such. Agenda maybe. I know a lot of folks interested in ufos after that "Gate" incident got to feeling uneasy and nervous about talking about such anymore...and they weren't suicidal either.

Just speculating. Probably nothing to it all. Will never know though, will we.

I know someone who was in the cult; fortunately, she had an audition in El Ay that week and opted out. There were no chemicals or mind control techniques. People really believed because it promised an escape from their boring, unfulfilling lives. My friend saw the possibility of an exciting life and bailed. She lived and got a small part in a movie. There was no conspiracy, just unhappiness and mental illness. 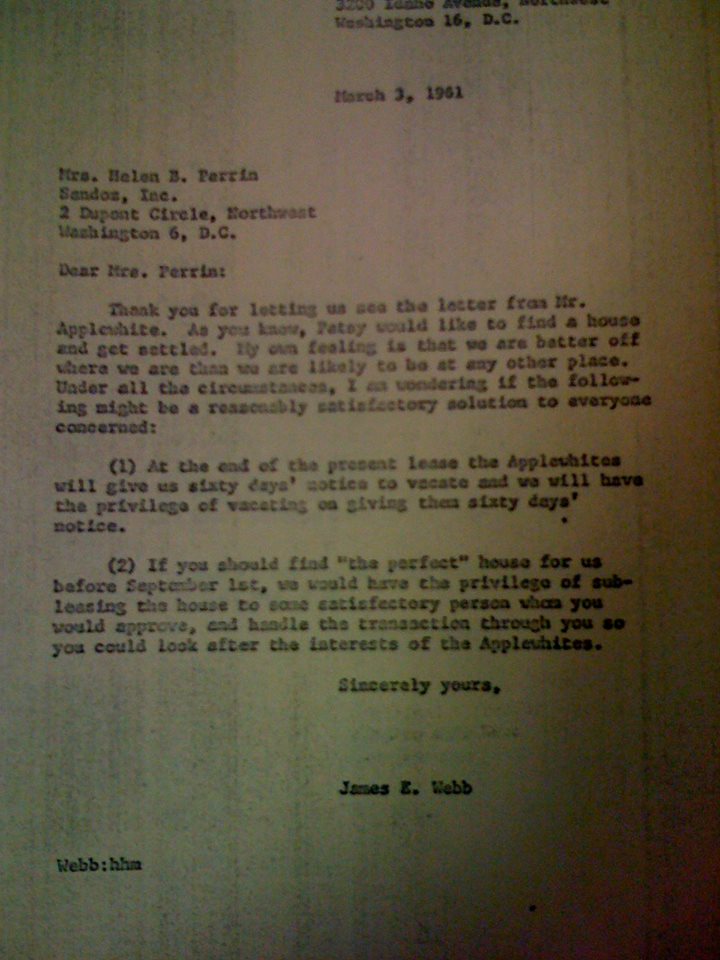 Found this at JFK library in archives section. My research into some of the subject matter your referencing may argue the root of a research program. If reference APPLEWHITE is project ran under NASA then presuming it started with corporation developing long term space flight medicine it's conceivable it continued under covert work. While the question remains who would recruit/indoctrinate/behaviourally modify army signals officer who worked at White Sands? Seems to be that if you needed to control or regulate risk in research you could always shift security profile to handle his case using army threat. Making it appear he is a nuclear threat or that he is selling secrets about white sands by pure conjecture then; you use this server your stating is defined by some CIA shared resource. Also maybe the work of army intelligence officer Lt. John B Alexander "Beam Me Up Spock," may play into the cult behaviour as part of remote viewing and SRI/SAIC work profile. 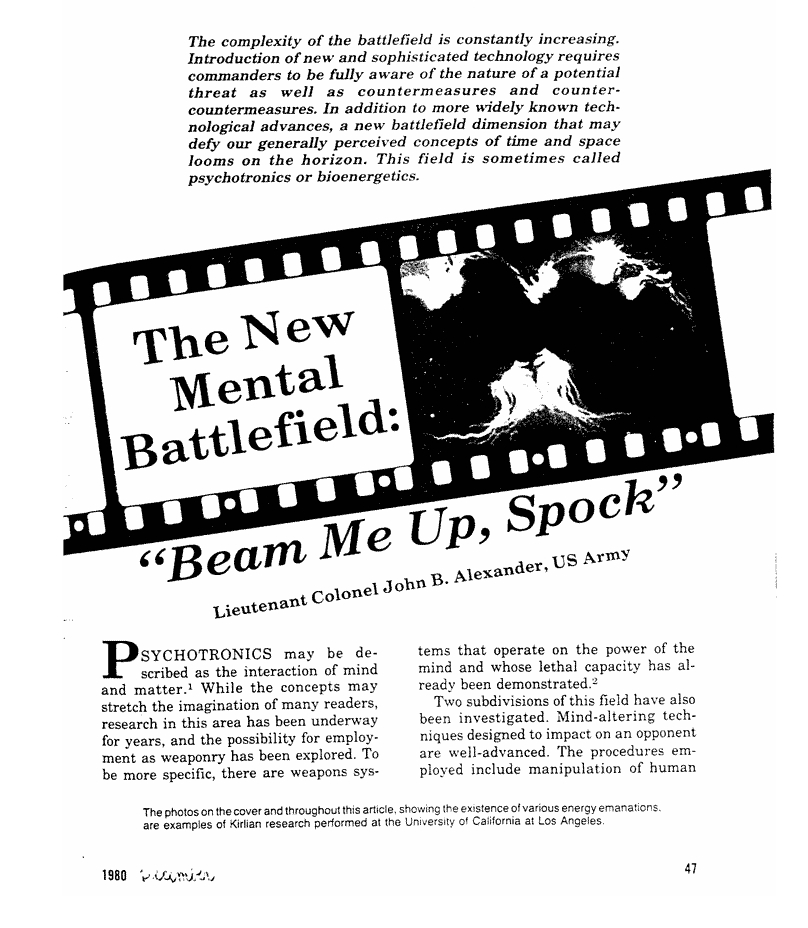 While the question in Lt. Alexanders work promotes a cause in military intelligence for counter-counter measures by article www.bibliotecapleyades.net... there may be some defining characteristic to the cults psychopathology to star trek and brother of start trek actress that derives from this original intent. I personally investigated these issues with developed counter-counter measure. 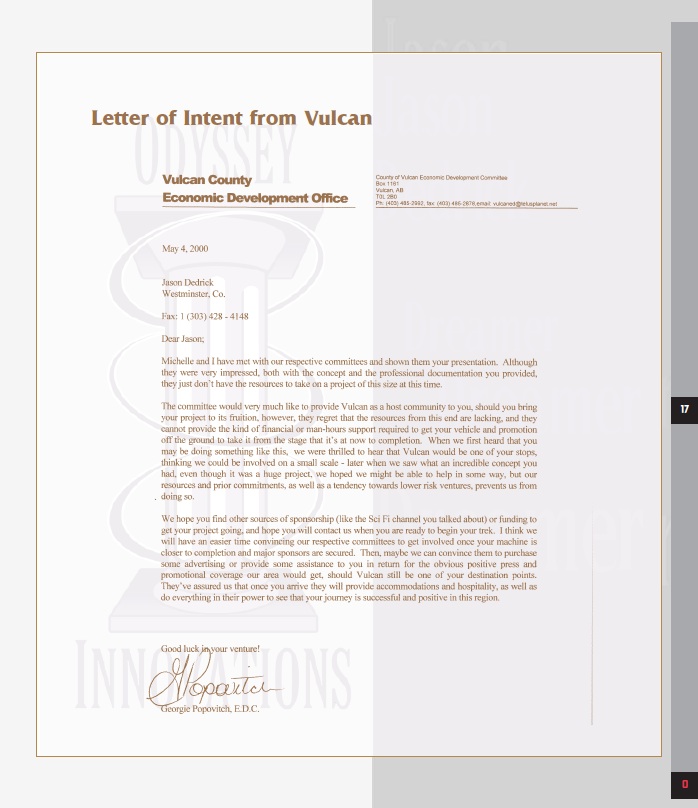 by using the city of Vulcan, Alberta a sci-fi city in Canada a inquiry developed into the reasoning of Lt. John b. Alexander's work in promoting causes for parapsychology and government budgets to combating threats posed by foreign governments such as Russia in parapsychology. I would be impressed if you found a link between the server of Anwar Al Awalaki Mosque in San Diego at 7,173 Saranac Drive in 1997 to same company spacestar.net! By the way saranac is an oneida word for starCLUSTER; if you found this link let's say you proved the irrational scheme of using company in Minnesota was guided by some estranged reasoning that applewhite himself did not fully understand or the TECH server side saw reasonable for the innuendos your stating: then maybe. I guess what i'm saying is can you explain why you feel this "INIAL SELECTION," is suspicious in greater detail, can you support it with forensic evidence of other users of san diego spacestar.net that are unique! You know the timeline? What are the biggest issues in San Diego at the time? Anwar was the 2nd biggest thing in San Diego the same year planning suicide missions? If you think in terms of control systems then you may get further....but your view of the server issue while it's important, it is only one element of a control system. What is regional to San Diego for localised contact? All operations, if this is some conspiracy/operation guiding him to induce some social experiment or mass suicide event then there always will be local contacts.

originally posted by: shrevegal
a reply to: DJW001 I "knew" certain people relevant to the "cult" too. But, whatever you say. Have a great day.

Please share what you know; I'm sure it will be very instructive.

Quite a few of the so called cult were vegetarians, yet, on the night before the event, witnesses say they all ordered the exact same meal. steak, veggies and dessert...all the same menu...possibly some one in the restaurant was observing to see how well the mind control was working.

The pristine surroundings relevant to the bodies...those of us that work in the medical field know that death is messy...a simple and true fact. The photos of the bodies with their clean, new shoes, triangle clothes over their bodies...what was that all about...a signal to somebody. No urine stains or same dripping on the floor, no fecal material or stains...just perfect, clean white bedding.

Because, as vegetarians, they would not have been able to digest the steak in so short a time. There was certainly a degree of planning involved.

posted on Sep, 20 2016 @ 06:32 PM
link
I always like to mention the Mark Twain Halleys comet link.
The radio days at the turn of the century when the MSM began experimenting with "The Sound of Music".
The "War of the Worlds" Hoax was only broadcast on CBS some 28 years later.
Were the Heavens gate internet Geeks visionaries or just a bunch of bunk bedders? 
Found this at JFK library in archives section.

People on ATS are too young to remember that so I'm calling too esoteric.

Apollo has been variously recognized as a god of music, truth and prophecy, healing, the sun and light, plague, poetry, and more. Apollo is the son of Zeus and Leto, and has a twin sister, the chaste huntress Artemis.

The technical side of the program was disclosed later in 1964 "COD liver.... OIL" technical information can be found using search strings Office of Intelligence Liaison, GCHQ, Echelon,UMBRA

Note: that this is a sensitive area and your searches may result in you being subject to psychological profiling.